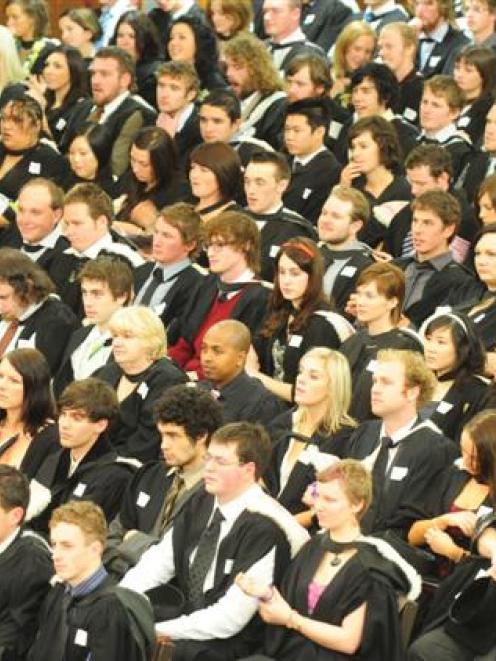 With the Dunedin City Forum looking to the city's future proposed for next month, we need to take the long view, and also inform that through looking at models proposed in the past, asserts Jolyon Manning.

The proposed "Dunedin City Forum" scheduled for July 23, including a "state of the city" presentation by Dunedin City Council chief executive Jim Harland, might more profitably have been staged ahead of the recent (10-year) Long-Term Community Plan's and the city's decision on the hugely expensive stadium project.

Forty years ago, Dunedin's first specialist city planning officer, Malcom Latham, produced a fine document titled "Our Kind of City" which should be compulsory reading for all city councillors and others who have the better interests of the city at heart.

Mr Latham moved on to become the nation's top planning officer with the then Ministry of Works' town and country planning division.

His Dunedin district scheme was used as a model for other local bodies.

In the subsequent four decades, the big events have proven to be the advent of a most excellent and efficient container port at Port Chalmers, unprecedented expansion at the University of Otago, but continuing serious decline in employment-intensive export manufacturing based in the city.

But Dunedin has also largely severed its earlier major commercial links with the hinterland farming community.

Many of Mr Latham's imaginative suggestions about the townscape and faces of the city have subsequently been adopted.

The tourism sector has come alive since the early '70s and greater recognition has been given to the outdoor environment highlights on the Otago Peninsula and elsewhere, albeit that the economic returns from this sector are not so valuable to the city.

Dunedin's airport has been progressively improved with an annual throughput topping 650,000.

Mr Latham's commentary on Dunedin's economic base and its commitment to a capital improvements budget are especially pertinent.

I am certain that he did not foresee the university having such a commanding employment and economic influence on the city early in the new century.

And he would have been disappointed at the loss of wealth-generating export manufacturing from the city base.

It is true that the education and health sectors provide highly paid jobs but they are very dependent upon central government spending priorities.

Mr Latham laid stress on the importance of the city council's capital projects commitment being selected on the basis of community needs.

This is perhaps the most difficult task an elected body of representatives could face.

Projects must be developed within the financial resources of the community pursuant to a sound financial plan.

What would he have thought of the stadium commitment as a priority item in ratepayer contributions? He urged informed two-way communication which would lead to better planning and greater understanding of the purposes of planned action.

This is a grand blueprint and deserving of careful revision in the light of events since the late '60s. I would hope that the forthcoming forum would embrace a discussion about Dunedin's linkages with the Central Otago Lakes district's hinterland, including processing of primary products and closer ties between the complementary packages of tourism products.

As Malcolm Latham stated back in the '60s, Dunedin was unlikely to provide a sustainable economic base were it to become more remote from distant markets and its nearby hinterland settlements.

An island economy was not a practicable proposition for Dunedin.

I have recently expressed the view that some urgency be accorded a review of the economic corridors between Dunedin and Central Otago that might go some way in offsetting continued export manufacturing wealth and employment decline.

In my view, it is unrealistic for Dunedin interests to rely on continued expansion of the University of Otago at the rate enjoyed in recent decades.

And in any case, Dunedin needs to diversify its economy for social and cultural stability in the years ahead.

It is very encouraging to learn of the university's excellent progress in postgraduate research but more than that will be required to boost local employment. The present discussion on the future of an Auckland "super city" has once more placed the spotlight on the growth of cities elsewhere.

Dunedin is a unique city in the New Zealand context.

Its growth rate has lagged well behind all other cities.

Since World War 2, its residential population has grown by 31%.

It is also interesting to note that the comparable figure for the Queenstown Lakes district, where growth since 1945 has been 839%.

And indeed all the net growth for the two adjoining provinces of Otago and Southland in the past 15 years has been centred in the Central Otago/Queenstown Lakes districts, and present projections point to a continuation of this trend through the next 25 years.

If Dunedin's hinterland was important in Mr Latham's assessment 40 years ago, then it is an even more important consideration today, but city interests often appear to be blind to the most important change in provincial demographics.

So next month's forum needs to make provision for the key provincial corridor linkages.

Meanwhile, Auckland's share of the national population has risen from 18% in 1945 to 32% in 2006, and present projections for the year 2031 reveal further dominance.

Malcolm Latham has said that "what is needed is concern with quality and a good spirit in the community that can provide what formal actions cannot - the framework that creates opportunities for growth to happen if it is sincerely wanted, or change to take place if it is genuinely desired".

Dunedin's present employment base is changing and some really serious community-wide discussion is now overdue.

Otago and Southland need a wealthy city with a diverse range of economically sustainable amenity and activity.

This means much more than fancy stadiums.

The regional council could also become more visible in the rural sector, too.

Jolyon Manning is a retired chief executive of the former Otago Council Inc. He lives in Alexandra.