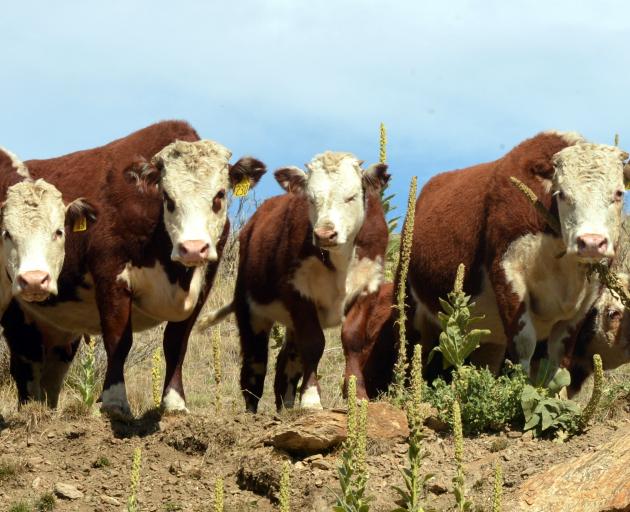 About 50% of New Zealand’s meat was freighted to China this year. PHOTO: ODT FILES
My eldest son is flatting and when he comes to visit, one of the first things he does is open our fridge and moan about the price of cheese. Sounds familiar, doesn’t it? I remember doing the same to my parents.

What we eat and the quality of what we eat, is correlated with what we earn and this is a global phenomenon. All over the world, as wealth increases, so too does consumption of proteins, particularly meat and milk (and fancy cheeses).

We have seen this in China, as the country’s wealth has increased, so too has their consumption of dairy and meat products.

This has been hugely important for New Zealand’s economy and ongoing standard of living. This year, close to 50% of our meat production has been exported to China — no wonder our exporters shake in their boots when politicians start laying down principles. But that is another matter.

According to Irish economist David McWilliams, if the global population were to live by the standards of those living in Europe, Earth’s resources would only feed two billion people. Given the global population is expected to increase from seven to 10 billion between now and 2050, we would need the resources of five Earths to feed all those people at European standards.

We know most of this stuff, but perhaps what we don’t understand is the degree to which food security impacts on international politics and trade and how this might play out in the next 30 years.

David McWillams uses the Irish potato famine in the 1800s as an example of food scarcity driving mass migration from Ireland to all parts of the world. Similarly, I have spoken to data scientists who tell me they can predict migratory movements in African communities based on satellite data showing drought incidence. In parallel, in some areas, childhood bride rates increase as families look to sell their daughters in times of scarcity. Simply put, as food becomes scarce, people move or find other mechanisms to survive.

Underlying all of this and the changing climate, is the fossil fuel cost of foods — as countries increase in wealth and move from rice to meat, energy requirements increase in terms of land use, water and fertiliser needed. In New Zealand, we produce fossil fuel-expensive food. Does this mean we should be solely growing plant staples? Well no, because much of our land is not suitable for cropping or horticulture. In fact, the conversion of non-edible cellulose (high-country grasses), to edible protein (meat), remains a sensible path.

Is the answer then to convert all of our productive dairying land to crop and horticulture production? Perhaps partially, however, we are fossil-fuel efficient in terms of dairy production by comparison to many other countries. Where there is demand for nutritious dairy products, there will be production and surely that demand should be met in the most fossil-efficient way. Reducing fossil-fuel expensive, indoor dairy production systems is a better path.

In Bill Gates’ latest book (I recommend it by the way), he hypothesises that part of the solution is that developed countries should not eat beef (the most fossil-fuel expensive meat). Many people I know are incorporating this kind of thinking into their everyday living already, adopting a “flexitarian” approach to meat eating by eating more vegetarian meals. This to me seems sensible. Most of us in developed countries don’t eat enough in the way of fibre and phyto-nutrient-rich vegetables anyway, so a little less protein won’t hurt our waistlines.

And to the future — we don’t have five planet Earths, so what we produce and what we eat has to change or we will see more political disruption, mass migration and even childhood brides — a genuinely miserable prospect.

I have no doubt that New Zealand’s abundance of food will mean we will continue to be a desirable place to live and invest.

How we manage population changes, labour, land-use and capital land values will be a headache for many years to come. Politically, food and agriculture need to hold the same gravitas as health and education — we need the very best brains to engage in finding solutions that are more than knee-jerk political point-scoring. 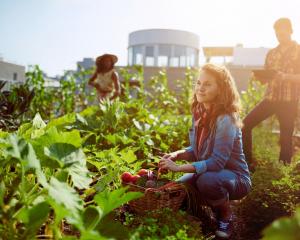 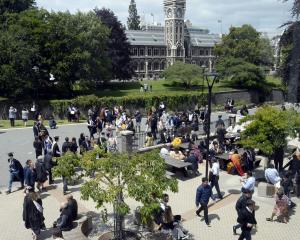 Clearly a biased slant on some meaty issues! However it is refreshing to hear someone from the farming community accepting and acknowledging some of the problems facing our global food production systems. What is even more surprising is the recommendation for consumers to move to a flexitarian diet! Well done you! Eating a wholefoods plant based diet is not only good for ones health and the planet but also the animals.

Good article Anna! So I'm not the only one saving the planet with my flexitarianism! Brendan Williams