Gloves off with plagiarisation of NZ First's policies 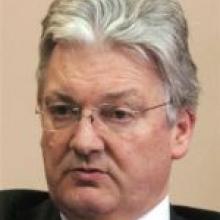 Peter Dunne
To brand a political opponent as destructive and duplicitous is a bit rich when you subsequently pilfer a couple of his party's key policy planks without even a word of acknowledgement.

The mask slipped on Peter Dunne's "Mr Nice" image this week. His promise to subsidise a portion of the winter power bills of the elderly while also offering them free health check-ups comes straight out of New Zealand First's manifesto.

Winston Peters has been dangling those exact same carrots in front of Grey Power audiences for months.

But Mr Dunne will have few qualms. He has never disguised his contempt for Mr Peters. He recently warned that the short memories of voters could see Mr Peters back in Parliament with all his "destructiveness and duplicity".

For his part, Mr Peters seems resigned to other parties taking advantage of his absence from the parliamentary stage to plagiarise New Zealand First's policy.

The copy-catting has occurred with the banning of land sales to foreigners, shifting the Reserve Bank's focus to wider objectives than merely taming inflation, and numerous other areas where Mr Peters was the first to take a stand - often in the face of a barrage of criticism from those who have since adopted a similar stance with barely a backwards glance.

In Mr Dunne's case, his cannibalisation of another party's policy has other drivers. No-one can claim a monopoly on ideas - and never more so when a party's very survival is at stake - and the search is also on for some means of breaking National's stranglehold on the coming election.

The rush of opinion polls in recent weeks have shown a uniformity that politicians cannot pretend to ignore - National easily clearing the 50% mark, Labour support slipping below 30% and the smaller parties' share of the vote (with the exception of the Greens) seemingly frozen in aspic at basement levels.

The John Key-fuelled National juggernaut continues to sweep all before it. Up against the combination of a popular prime minister, a generally competent Government, voter preference for National as the economic management team for tough times and the electorate's seeming refusal to connect with Phil Goff, other parties are finding that whatever stratagem they employ to cut back National's lead simply is not working.

True, people have yet to really focus on their voting options. They may not do so until after the Rugby World Cup, which would likely stall any momentum that any party might manage to generate in the interim.

But no-one is getting momentum.

Don Brash's attempted resurrection of his hugely successful 2004 crusade against special rights for Maori has looked increasingly desperate as he fails to deliver what he told Act New Zealand he could deliver as leader - 6% to 7% of the overall party vote.

Act at least now has the crutch of Epsom with which to hobble back into Parliament.

That lifeline is not available to New Zealand First. It must beat the 5% threshold - and it needs the polls to show it consistently reaching that target to persuade people they will not be casting a wasted vote.

The party is holding its annual convention in Auckland this weekend. Mr Peters will no doubt have some rabbit to pull out of the hat. The question is whether it will be a live one or a stuffed one.

The cynics would be tempted to apply the latter description to Labour's capital gains tax, which so far has failed to be the circuit-breaker on which the party was pinning so much hope.

It is too early to write off Labour's overall tax package. Labour anyway has no choice but to stick with it.

Labour has invested too much political capital in a capital gains tax.

That capital has been considerably enhanced by the plaudits it has earned for courageously promoting such a tax.

The message underlying the tax - that Labour is willing to take the hard economic decisions that National is shying away from - will take longer to sink in.

Labour's fear now is that fair-weather supporters will jump ship as they realise Labour has little or no chance of winning the election.

They will then look for parties able to constrain a National-led government . This is the 2011 version of National's 2002 election apocalypse, which saw that party's vote plunge to just above 20% and its seats in Parliament drop from 39 to 27.

While a repeat cannot be completely discounted, the odds are against that happening to Labour. The party has been polling consistently around the 33% mark it secured on election night in 2008.

Mr Dunne's talk of United Future once again being a moderating force on the major governing party and saving it from the "extreme tendencies" of Act is laughable given United Future is polling below 1% and that he will have his work cut out holding his Ohariu seat.

National's refusal to work with Mr Peters means his capacity to restrain National would be limited to voting down legislation from Parliament's cross-benches.

That also assumes National does not win an absolute majority. Voters denied Labour that luxury in 2002.

The crucial difference now is that National has actually flagged something of a rightward lurch post-election in the form of state asset sales, more state sector cuts and a strong dose of welfare reform.

But this has made no impact on its poll ratings.

Mr Peters' warnings that this is a watershed election which will see a return to the "failed" market-oriented policies of the 1980s and 1990s are simply being ignored.

This may instead turn out to be a watershed election for another reason. With Jim Anderton quitting Parliament and Mr Dunne and Mr Peters in electoral bother, we may be watching the dinosaurs who survived the 1996 switch from first-past-the- post to MMP finally moving on or being moved on.