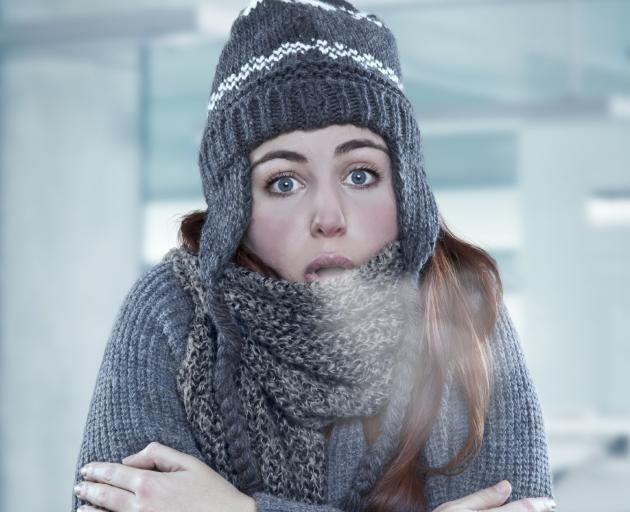 In Central Otago’s winter, the sun makes a guest appearance from time to time. PHOTO: GETTY IMAGES
How do we keep warm in an energy crisis, asks Gerrard Eckhoff.

The political chickens are all coming home to roost here in New Zealand as the engineered energy shortage and resultant crisis plays out all over the world.

The law of supply and demand clicks in as our renewable (hydro and geothermal) generation can only meet around 80% of our needs, so the demand and price of supply rises for all forms of power.

It makes no kind of sense to encourage the use of electricity as the price rises exponentially, unless supply can outstrip demand. New Zealand’s biggest hydro scheme (Manapouri) is 51% owned by the government. Manapouri produces 800 megawatts — enough to heat 620,000 homes — yet the political moguls can’t make up their collective minds whether to satisfy Rio Tinto or New Zealand consumers. The ideological push to use wind and solar continues.

Here in Central Otago, the inversion layer sits motionless over much of the region. The sun makes a guest appearance from time to time, but the visit is usually short.

As a reliable renewable energy source, solar just isn’t a runner during the winter due to short days and the aforementioned inversion layer. Some would have us reach for wind energy. That option would see giant bladed structures upon the ridge lines which could feed desperately needed energy to the towns below.

There is, however, one very minor problem. The bladed monsters would remain completely motionless due to a lack of wind, which yet again is entirely predictable, especially during the winter months. This is extremely good news for some who would fight tooth and nail to stop them being built in these outstanding landscapes in the first place.

One genius on the Otago Regional Council some years ago suggested an engineering solution to this inversion layer problem, by placing a few huge, bladed towers, driving the fog from Alexandra down the Roxburgh Gorge to disperse.

Problem solved; except the rate bill would double to pay for the massive diesel generators and not to mention some pretty grumpy Roxburgh residents. Heat pumps, as the greener and preferred form of heating homes, are run by electricity and come into their own — or they would if there was no risk of the demand for electricity exceeding supply, and some price stability would help.

As Charles Dickens’ character Mr Micawber could have once put it: A minor surplus — result, happiness. A minor deficit — result, misery.

In order to ensure that doesn’t happen, the coal-fired generators have already burnt around onemillion tonnes of imported coal so far this year. One assumes that the shipping and/or barge fuel costs from Singapore to New Zealand are beyond massive as well. On the other hand, our clean green policies remain virtuous and unsullied, by leaving vast quantities of coal free to continue leaching methane gas. Wetlands produce what is known as marsh gas (methane) yet we encourage the creation of wetland. Curiouser and curiouser.

It is yet unconfirmed, but some local residents are reported to be covering themselves with blankets during the day as it has got a bit too cold for an older heat pump to work when needed. This now brings us to the use of diesel fuel for home heating. The ambulance service rightly complains that its services should be reserved for accidents and emergencies, and not to revive a homeowner slumped over their computer from a deep faint after passing out while reading their bill online for a 250-litre diesel tank refill.

The use of log burners remains the most popular form of heating a home if we cut down sufficient trees early enough to let the wood dry out before burning. The very same trees absorb carbon dioxide from the atmosphere so there is a trade-off here, but only if we plant more than we cut down. There is also the time-lag issue from planting to harvest.

The Climate Change Minister has yet to explain his brilliant energy policy to a grim-faced population already facing a cost-of-living crisis.

The conundrum for the anti-fossil fuel folk is whether to place the immediate needs of humanity ahead of their own ideological beliefs. As it gets dark and cold — the chickens will always come home to roost.

Footnote: It is not possible to discuss affordable energy without pausing to reflect on the murderous behaviour of Russia towards Ukraine and their (Russia’s) indifference towards the rest of the free world’s concerns. It is likely the energy reserves will command the highest premiums for the foreseeable future. It therefore behoves our political leaders to seek out more reserves, especially of natural gas, to assist the already known reserves of about 36billioncum, as of 2017, here in New Zealand.