Here's hoping the US heals the wound 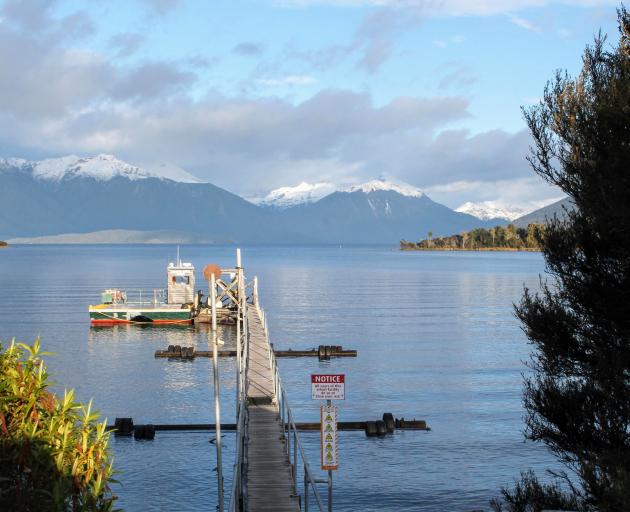 New Zealand's natural beauty is just one of its attraction. PHOTO: LUISA GIRAO
Former US citizen Jackson Pritchard reckons when it comes to living in New Zealand, we don't know how lucky we have are.

Over the years since, I have been asked innumerable times why I left America and came to this country, often the unspoken question being why would one leave the desirable centre of things and come to this little, insignificant place at the bottom of the world.

This question - evidence of an inferiority complex suffered by all too many Kiwis - has come to increasingly annoy me. Originally when answering I almost always elicited a laugh by saying that I came to get away from my mother-in-law.

And it is true that there had been family problems back in the US. One of these stemmed from my vocal opposition to the Vietnam War.

I had earlier been honorably discharged from the United States Marine Corps but my experiences while a marine and my reading since had led me to be totally opposed to this new burgeoning war, and this at a time when the anti-war movement was still in its infancy and the great majority of Americans (including my family as well as my wife's) still fervently believed the lies the Johnson administration was telling.

Yes, we came to New Zealand, among other reasons, because I wished to avoid the moral responsibility of paying taxes to bomb Vietnamese children (it is true that, unfortunately, soon after we arrived here Prime Minister Keith Holyoake succumbed to US pressure and sent New Zealand troops to fight in that unjustifiable war, so I failed to avoid such responsibility after all).

Other US actions since have only confirmed my rejection of my "homeland".

Especially since becoming a New Zealand citizen in 1977 (and losing my US citizenship in the process) I came to refuse to think of myself as American in any way, but exclusively as a proud New Zealander.

I had began to love New Zealand from the moment I arrived on these shores - it's natural beauty, the modest, self-reliance in the culture of its people - and I have never regretted raising my children here in a much more wholesome environment, nor the opportunities which have been available to us as New Zealanders.

The smallness and semi-isolation of New Zealand teaches its people a proper humility: we are only a small country in the South Pacific; we cannot possibly be misled - as are the Americans - into falsely believing that we are "the greatest nation on earth" by chauvinistic, flag-waving politicians boasting of nuclear arsenals and huge armies.

But we in fact more truly embody many of the ideals which the Americans can only pretend to. We are much closer to a true democracy here, and this is as much a matter of the modest size of the New Zealand polity as of other factors. Yes, we have similar problems of social equity, race relations, technological and climate change and the like, but can it seriously be argued that these problems here are anywhere near the intensity and bitterness of similar problems in the US?

Take one obvious example of the relative efficacy and responsiveness of our New Zealand democracy to the will of the people; after the horror of the Christchurch attacks the Government took the immediate giant step of outlawing semi-automatic weapons and initiated a programme of extracting these weapons of war from our civil environment.

See the contrast in the United States!

But aside from all these considerations, in recent years I have come to temper my rejection of the US. One cannot completely sever the attachment one has to one's native land. That is why, in this present dark era of American dishonour and shame, such sadness and anger has come over me to observe that all that truly is great about it - its people, its ideals, many of its material and cultural accomplishments - is being so thoroughly besmirched by the vileness of its present leadership.

American arrogance and entitlement, American crassness and vulgarity - these are not new, but only come now to an acme of expression; President Donald Trump is not the cause; he is only a rotten efflorescence.

The US has been guilty of many crimes, especially since the beginning of its great power hegemony post-World War 2. There has been constant interference in the affairs of other nations, ranging from mere bribery and corruption to assassination to "regime-change" war, all with the rapacious aim by successive administrations and the client corporations which support them to corner resources and control populations.

All this is to say that New Zealand should no longer subscribe to the pretensions of the US. We should no longer entertain the mythology which the self-deluded Americans have so assiduously propagated - of themselves as the "good guys" in some Hollywood cowboy movie.

But yes, we should say a prayer, or, at the very least, cross our fingers for the people of the United States of America; that they may excise the rot which has been so openly revealed, heal the wound, and make a recovery from the long-standing illness.

I do not think much of Trump but it is becoming very obvious that his impeachment is a sub plot compared to the real story. There is something that smells very off about US Politicians going after Trump who themselves have received financial backing from people associated to companies with Ukranian defence contracts. The conflicts of interest look very obvious so will be interesting to see where this story ends up. Very murky waters indeed.

What a load of rubbish! I wish New Zealand suffered from an inferiority complex. Kiwis are constantly bloviating about “punching above our weight”. If anything, New Zealanders are delusional about their perceived self-importance. It’s an irrelevant country in the middle of the ocean that the rest of the world could care less about. New Zealand is closest to the embodiment of a true democracy? Really? New Zealand is welfare state that offers generous social support to its citizens including housing, unemployment, health, child care, and education. It’s a borderline socialist country. Why? The country is totally dependent upon importing goods for its existence. The country doesn’t produce anything that could support its economic base. It’s the classic nanny state. Kiwis can do anything with a pair of pliers and some number 8 wire so long as the pliers and wire continue to be imported from China. Again, Kiwis are delusional to think they have similar problems of “social equity, race relations, technological and climate change” but not “near the intensity and bitterness of similar problems in the US”. New Zealand is a racist, ethnocentric country, the problems are worse than in the US.