Heritage group must act against neglect 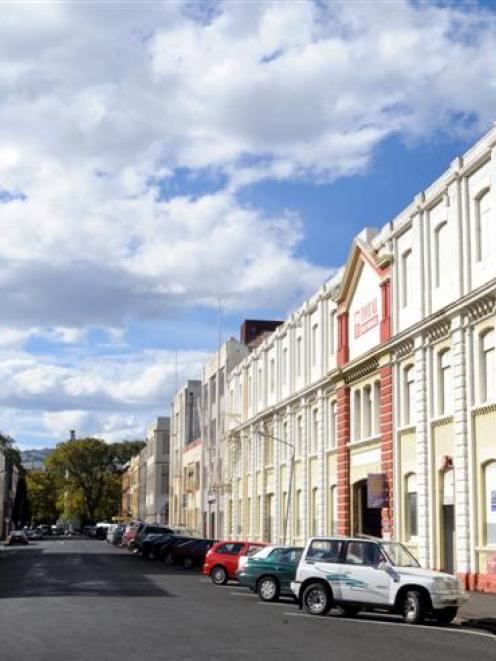 While the Dunedin City Council is to be congratulated for taking aboard a policy planner to deal specifically with heritage issues, the Heritage Buildings Economic Reuse Steering Group, formed last month, will need to act with haste if it is to stem the tide swallowing up Dunedin's stock of heritage buildings.

For too long, the DCC has sat on its hands, allowing demolition by neglect to proliferate.

Witness the recent debacle over the south Princes St buildings - still unresolved, but not looking positive with the threatened demise of a whole row of "protected" buildings.

As further chipping away is forecast for the "protected" former city art gallery, predictably more blocks face a grim future in the Crawford and Vogel Sts area.

A significant portion of High St has been levelled and one can't help but wonder where the bulldozers will appear next.

All this is reminiscent of the 30-year period following the demolition of the Stock Exchange building, when any building, regardless of merit, was seen as employment for demolition gangs.

At the time we were promised great buildings rising from all this rubble and what did we get? A pile of cheap, concrete egg cartons, no different from anything built elsewhere, or at worst, in the case of the former Otago Daily Times buildings in Lower High St, another carpark (what did happen to the posh hotel that was meant to rise there?).

One could go on lamenting what Dunedin lost - or nearly lost (the Municipal Chambers included) - during that grim period.

But in considering the future, it is essential to learn from past mistakes to avoid repeating them.

Following the 1987 sharemarket crash, things did begin to look up for Dunedin's heritage, mainly because many of the big boys in the development world went bust.

But it did give those who valued Dunedin's distinctive built heritage, whose voices had previously not been heard above the revving of bulldozers and the city council's cry for "progress at whatever cost", a chance to sit around the table with the council and work out a strategy for change, with a view of breathing new life into our remaining heritage stock.

The Resource Management Act (1991) became a key player in this.

It required local authorities to list items of heritage significance on a district plan, with ordinances and rules for their future protection.

Not only did the list contain individual buildings - most of them already identified as significant by the Historic Places Trust - but whole streetscapes were added, as precincts or historic areas.

Incentives for heritage building owners, such as rates relief, were promoted and financial assistance from a Dunedin Heritage Fund, run jointly between the council and the HPT, was set up to encourage owners to restore and find new uses for listed buildings.

Since then, things seem to have gone downhill.

Not only has the cost of complying with the new regulations risen beyond all proportion, but the system failed to address the "demolish by neglect" syndrome Dunedin is now experiencing.

It seems there is nothing to stop developers (often from out of town) buying up buildings, regardless of their heritage status, and leaving them to deteriorate.

Then, when the time is right, they pronounce the building beyond retention.

Then there is the other situation, when a would-be restorer takes on a building in good faith only to find himself hampered with zoning and associated regulations, making compliance costs prohibitive.

In a city of little population growth, the concern that development for any additional retail or cafe scene could attract tenants away from more established sites, is very real, but who took this into consideration when Wall Street was being promoted and who gave it a thought when consents were handed out to larger scale retailers in South Dunedin and on former railway property? Surely the proposed harbourside would create the same drift, but with the harbourside plan change now being challenged by local industry, it could be a good time to evaluate the historic area a block back from the harbour.

If ever there was a collection of buildings worthy of retention for their historic value to the city, it would be those in the Vogel and Crawford Sts area.

Whereas most of the harbourside buildings date from after the last major reclamation, the Vogel and Crawford Sts buildings were largely well established as major head offices and warehouses when the harbour was still lapping their doorsteps.

That so many are now empty and neglected, with windows boarded up and roofs leaking, is a sad reflection, indeed, on Dunedin's founding fathers, who in the 19th century saw a future in Dunedin and built on it to create the biggest industrial and manufacturing centre in New Zealand.

Whatever values those buildings possess in terms of New Zealand history, the challenges in retaining such a collection of 19th-century buildings and finding economic new uses for them, would not be new.

Such developments have been a test of will-power in other major cities - Sydney, with its Rocks area, Hobart with its old wharf area and even closer to home, Oamaru with its Harbour and Tyne Sts buildings.

In each case, many seemingly insurmountable problems were overcome.

The key is convincing local authorities and building owners that heritage can pay off.

For the council's part, it is essential to be more flexible with rules and zone requirements; to provide incentives to owners willing to restore and reuse heritage buildings.

At the same time, the council needs to get tough on those who purchase listed buildings with the sole aim of watching them fall over.

Perhaps among the district plan rules there should be a compulsory annual inspection, to ensure the building is kept watertight and maintained.

If not complied with, the owner is changed for the work on his rates bill.

Whatever transpires from the employment of a DCC heritage planner and the formation of a Heritage Buildings Economic Reuse Steering Group, there has to be a solution to the problem.

The future of Dunedin as a heritage destination, as well as a good place in which to live, depends on it.

I wish the group well.

Lois Galer, of Ophir, is a former Dunedin-based officer for the New Historic Places Trust.