He's the sort of bloke you'd have a beer with 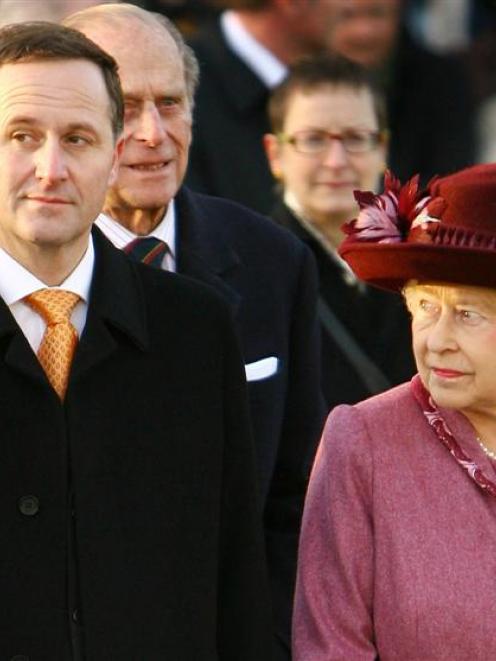 The Queen with Prime Minister John Key in London last year. Being PM is "real cool", he recently told primary school children during a visit to Rotorua. Photo from Getty Images.
John Key's unalloyed glee at being Prime Minister reveals a very different kind of leader than we are used to, suggests Garth George.

With all due respect to his position as Prime Minister of New Zealand, the more I see of John Key the more he reminds me of a kid with a new toy.

His unalloyed glee at being the nation's leader seems never far from the surface, no matter where he is or who he's with.

During a half-hour address to 300-odd of Rotorua's movers and shakers at a luncheon organised by the local Chamber of Commerce, he unashamedly announced that being Prime Minister of New Zealand "the last train stop on the planet" was "real cool" and "bloody good fun".

And a little later, during an hour and a-half visit to the decile 3 Owhata Primary School, where I try to help kids with their reading and writing, Mr Key told the children in answer to questions: "It's lots of fun being Prime Minister.

You can tell everyone else what to do.

"And you get to do some really cool things, like visiting Antarctica and being invited into the All Blacks' dressing room. I've met the Queen and other prime ministers - lots of really amazing things."

Mr Key, accompanied only by two inconspicuous diplomatic protection squad members and a friendly personal assistant, is welcomed to the school by two stately kuia of the Owhata marae, which has a close association with the school.

As the Prime Minister ambles - he never seems to stride - into the assembly hall he is closely inspected by 300-odd wide-eyed children, more than 90% of them Maori, while the school's kapa haka team greets him with waiata and haka.

Then the questions begin.

Our Prime Minister rises at 5.45am and gets to bed about midnight.

He attends up to 15 meetings a day, the first as early as 6am.

He played club rugby when he was younger but nowadays plays touch when he gets an opportunity; one of the favourite parts of his job is "coming to see boys and girls like you"; and he and his family have a cat as a pet.

Why did he want to be Prime Minister?

He told the children about his schooldays in Auckland and Christchurch, and admitted looking forward to meeting President Barack Obama - "quite a cool dude".

In several classrooms Mr Key, with his easy, almost childlike affability, connects with the children in a way few adults can, according to longtime teachers.

He is fascinated with the interactive whiteboards for which Owhata Primary is noted, uses one to draw a picture of the Beehive with an arrow pointing at his office, takes a genuine interest in the children's work and answers innumerable questions.

And on Tuesday he sent a message to the kids at Owhata Primary during his weekly appearance on TV One's Breakfast show, which he'd been asked, but hadn't promised, to do.

John Key is a prime minister whose like we have not seen.

I've met many of our PMs over 50 years as a newspaperman - among them Holland, Holyoake, Marshall, Muldoon, Rowling, Clark and none has had the easy, almost ingenuous, informality he displays.

Perhaps it's because he is not yet a seasoned politician.

Nearly all our prime ministers until now have served long apprenticeships as MPs and Cabinet ministers in the hothouse environment of power and have acquired that veneer of superiority, an aloofness, common to the political elite.

John Key is an enigma, for behind that friendly and smiling exterior there must lurk a needle-sharp mind and a spine of steel.

You don't survive, let alone succeed hugely, in the vicious game of international finance without those attributes.

I have, over my career, watched a number of decent, honest blokes be corrupted by the foetid atmosphere of parliamentary politics - some even flagged it away - and it will be interesting to see just how long Mr Key can maintain his unaffected, ebullient, man-of-the-people mien.

Let's hope it's for many years to come, for it is as refreshing as a hot drink on a cold day. As one veteran schoolteacher observed: "He's the sort of bloke you'd have a beer with."

And when it comes to running the country, Mr Key is on notice to do it right.

In a thank-you speech before the assembly at Owhata Primary, a senior pupil told him: "All the children at Owhata school will be watching the news in the future to see how you're looking after our country."

•Garth George is a retired editor. He lives in Rotorua. 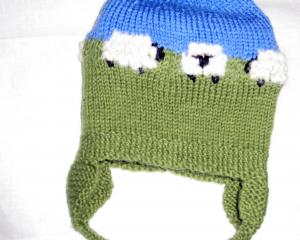 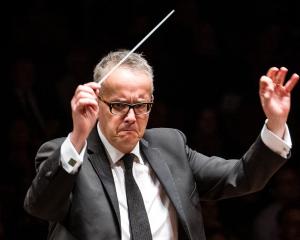 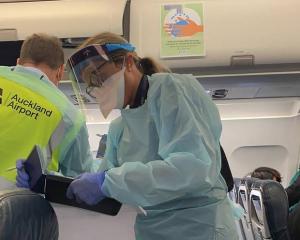