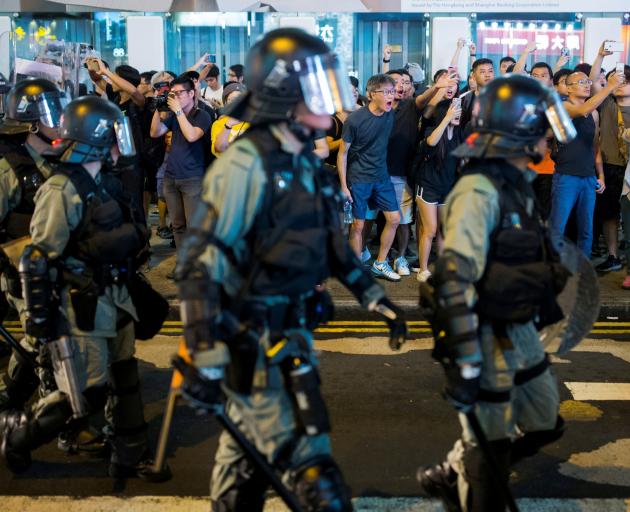 Protests in Hong Kong have recently drawn media attention, including some local newspapers.

Regrettably, much international media coverage has only stressed support for protesters, even labelling them as "freedom fighters", and ignored the havoc they caused to public order and rule of law.

The trigger for the protests was on the surface the decision by the Government of the Hong Kong Special Administrative Region (HKSAR) to amend extradition law to facilitate co-operation with mainland China as well as regions of Taiwan and Macao. Critics claimed that the amended law will harm Hong Kong's judicial independence and dissidents may be targeted.

It is ironic as HKSAR has already signed extradition arrangements with more than 20 countries, including New Zealand, aiming to jointly combat crimes without posing any threat to judicial independence of HKSAR.

The intention to amend extradition law is to further close judicial loopholes. Not long ago, a young man from Hong Kong killed his pregnant girlfriend in Taiwan and fled back. Absence of extradition arrangements between the two regions has rendered police of either side powerless in handling the case. The HKSAR authorities therefore were determined to put an end to such situations as they believe Hong Kong should not be a safe haven for criminals.

Second, the amended extradition law is only concerning criminal acts and none of its 46 clauses, which I have read, has anything to do with politics. Actually none of the 37 crimes listed in the amended law is related to freedom of speech or rally, and only criminal acts decided by judicial systems of both Hong Kong and mainland China could be subject to extradition. Regrettably, few media reports have disclosed specific contents of the law.

Third, the extent of violence of demonstrations has crossed the line. After taking over and sabotaging legislative council, protesters have stormed the Central Government Offices in Hong Kong. They occupied Hong Kong International Airport terminals, paralysing all the services for several days, and the airport was forced to cancel hundreds of flights.

Radical demonstrators attacked police, journalists and civilians. Their behaviour could by no means be defined as peaceful demonstrations. It is not hard to imagine how police would react to such riots in any democratic societies, and how rioters occupying an airport and demolishing legislative departments would be treated.

Media is assumed to be objective.

But the reality made me totally bewildered. While pro-Brexit and anti-Brexit demonstrations took place in the UK, both sides have been equally represented in public media.

However, there have been large-scale demonstrations advocating the restoration of law and order in Hong Kong.

Such reasonable but less sensational voices seemed out of the international media's radar. The ethics of law and justice have also been neglected. Why has only one version of the story been told?

- Wang Zhijian is the Chinese Consul-general based in Christchurch.

Wasn't there a protester hit by a rock in the eye by a police projectile. She one eyed now too.

Consul-general Wang Zhijian is the representative of an authoritarian repressive one party state, busily "constructing fascism with Chinese characteristics". Justifying Hong Kong signing an extradition treaty with China as in the same vain as those Hong Kong has with New Zealand and other countries is exceedingly disingenuous. China lacks an independent judiciary, it is subject to the rule of the Communist Party and as such is all too often just another organ of state repression. Clearly the people of Hong Kong are greatly concerned about the increasing cold stifling embrace of the Peoples Republic of China, and for such as the Consul-general and his masters in the Communist Party to identify foreign "black Hands" stirring up trouble is simply dishonest, hardly surprising and true to nature !!

Tribal sides. The media should not take them.