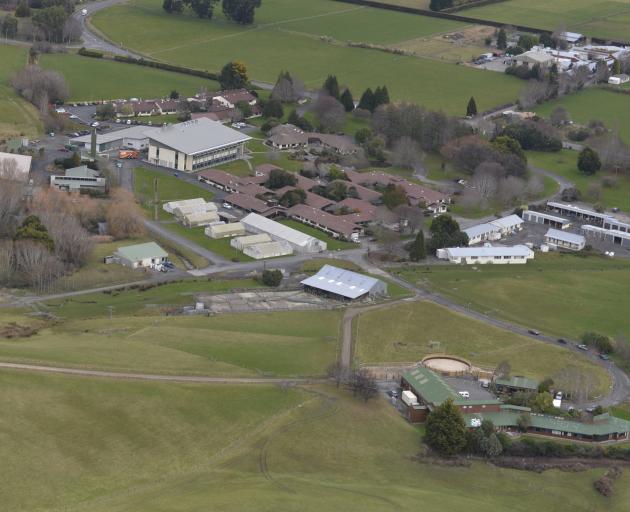 Agresearch chief executive Dr Tom Richardson (ODT, 13.7.17) promoted the virtues of the Future Footprint Project where large numbers of staff are to be shifted to Lincoln from Invermay, and a further 180 from Ruakura (Hamilton) to Palmerston North and Lincoln.

He maintained AgResearch was still committed to Invermay, and that previous ''enthusiasm poured into perpetuating erroneous information'' that Invermay would be closed ''has now largely been abandoned''. He said ''its architects are often silent about Invermay's importance and relevance - despite ample opportunity to highlight what critical and innovative science those AgResearch scientists do''.

The FFP has been ill-conceived and disastrous for staff morale. Before all this started, a new building programme was undertaken at Invermay, to the tune of about $18million, completed in 2008. This was catalysed by the administration view that scientific staff had to ''rub shoulders'' in the same cafeteria to be able to co-operate better.

This meant a perfectly satisfactory research building with laboratories, surgeries, cafeteria and other animal-handling facilities was re-established only a few hundred metres away, plus new high-spec labs for DNA testing. All the requirements could have been met with $2million to $3million expenditure.

All of this was under Dr Andy West, who as CEO of AgResearch, had tried unsuccessfully to combine with Lincoln University. Enter Tom Richardson as AgResearch's CEO in June 2010, previously CEO of Scion (Forestry) with no experience in agriculture.

Cue the Christchurch earthquakes in 2010 and 2011, political support planning for Christchurch from AgResearch, MBIE and the Minister Steven Joyce and we have the FFP, whereby a supposed ''science-based decision'' was made that the strategy would be to consolidate agricultural science at two hubs: Christchurch and Palmerston North.

Richardson's opinion piece, in this way at this time, is strange indeed. He states: ''The public and media spotlight came on the campus in 2014''.

It was in 2012 actually, with the FFP, which identified 87 Invermay positions to transfer to Lincoln and 26 to stay at Invermay. The number to stay has now gone up to 30.

The draft FFP stated: ''There will be no reduction in science capability as a result of the project and some capability would grow significantly.''

Big fail here, as in 2011 AgResearch had 845 full-time staff and in 2016, 629 - 74% of the 2011 total. Another year has passed and more have gone. The level of experience and capability in the remaining scientific complement is, I suspect, also lower.

Richardson makes a great play that the critics do not highlight the good science being done at Invermay and other AgResearch locations. This is rubbish; the industry and FFP critics are well aware of the excellent and applicable science being undertaken, there is just not as much as there might be.

When the first FFP came out it was reviewed by a panel of senior staff who suggested more of the animal research be transferred to Invermay. This was ignored.

There is little support for the AgResearch FFP/hub project:

The SGGG was clearly the best group serving a sheep industry anywhere in the world (half of the scientists have gone since 2012). Combine this with four other groups, AbacusBio, now about 30 staff, Beef and Lamb Genetics, Zoetis, and many Otago University departments, and you already have a really effective innovative research hub.

Get rid of more than half of the skilled scientific staff, most of the technical staff, move them 350km north away from most ram-breeder clients, where there is little land for livestock, few scientists in similar areas with whom to co-operate, and spend $20million-plus providing laboratories and other facilities you already have, and you have an inferior hub.

Contributing to the position has been poor industry support, inertia, and poor political support. The result has been a huge loss in scientific capability, and a huge waste of money.

With the appointment of Jeff Grant, a previous champion of farmers' interests in New Zealand, as the new chairman, it is hoped some of the previous destructive policies can be reversed.