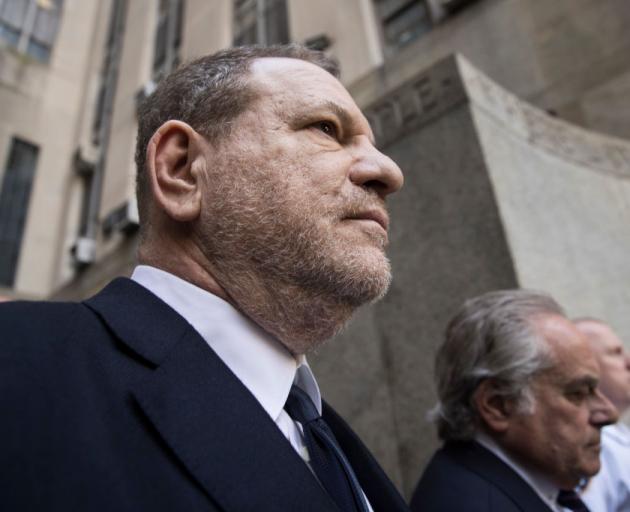 Is Harvey Weinstein a powerful and evil man, an alien to our culture? PHOTO: GETTY IMAGES
Is it fear of death that motivates our actions or is it love of life, asks Stu Crosson.

Two weeks before New Zealand went into lockdown to fight Covid-19, Harvey Weinstein was convicted of rape and sentenced to 23 years in prison.

Weinstein was the co-owner of Miramax, an entertainment company that produced and distributed independent films such as Scandal; Sex, Lies, and Videotape; Tie Me Up! Tie Me Down!; and The Crying Game. The company’s big break came with the release of Pulp Fiction in 1994. Teaming up with Quentin Tarantino, the movie, with its graphic portrayal of violence and sexual infidelity, attracted critical acclaim and earned more than $200 million at the box office.

It is significant how the same themes that movie-goers were consuming on their screens at that time were being played out in Weinstein’s private life.

As the man shuffled into the courtroom on March 11, 2020, to hear the judge’s verdict of guilty, he cut a rather pathetic figure moving with the aid of a walking frame. Is Weinstein a powerful and evil man, an alien to our culture? Is he someone who should be shunned and despised, or is he something sadder and closer to all of our hearts that we dare not speak about, but privately endorse with the spending of our cinema dollars?

Before Covid-19 sent us into lockdown, there was another sickness that was taking the lives of hundreds of thousands of men and women in the West. In 2017 more than 70,000 people died of a drug overdose from illicit drugs or prescription opioids in the United States alone. Mental illness, suicide, homelessness and prison numbers all point to a problem in Western culture that governments are struggling to contain. In the past 20 years, this epidemic has taken many more times the number of lives than Covid-19 has taken in the US.

Weinstein is of Jewish descent. His forebears lived by a code of law built around the most enduring of limits: the 10 Commandments. According to the Hebrew scriptures, God spoke 10 words to Moses that Weinstein and his film Pulp Fiction trampled all over. Don’t covet your neighbour’s house or wife; don’t give false witness; don’t steal; don’t commit adultery; don’t murder; and to the first and most important word: "You shall have no other gods before me." Weinstein’s forebears had about as much success in following this code as he did. That is the trouble with external laws — we humans find them hard to obey.

In his book Dominion, Tom Holland traces the Western story from Ancient Athens to 21st-century Hollywood and makes the claim that one world view has transformed the way we think and act. Because Christianity has moved the "good life" from obeying an external ethic, to believing that followers of Jesus Christ now have the law of God written in their hearts, the safety of a vulnerable actress on a producer’s couch matters.

Holland is no card-carrying evangelical Christian. He is an historian who somewhat begrudgingly, and perhaps a little wistfully, acknowledges that only in a culture shaped by Christ does the MeToo movement makes sense. Holland, who has previously studied and written about the accepted sexual violence of Roman culture 2000 years earlier, has no doubt about the revolution the Church has won for women’s rights and that protection we take for granted today.

"Implicit in the MeToo movement," he writes, "was the same call to sexual continence that has reverberated throughout the Church’s history."

Likewise, the Black Lives Matter movement reverberating around the globe today can trace its lineage back to the Apostle Paul.

The one enduring limit that all humans have been confronted with in recent months is the inevitable limit of death.

Is it fear of death that motivates our actions or is it love of life? Jesus made it clear to his followers that to love him was to obey his commands and find life in abundance.

It is reported that Weinstein has contracted Covid-19.

- Stu Crosson is a senior minister at the Hope Church Dunedin.