Influencer scrutiny may get real teeth 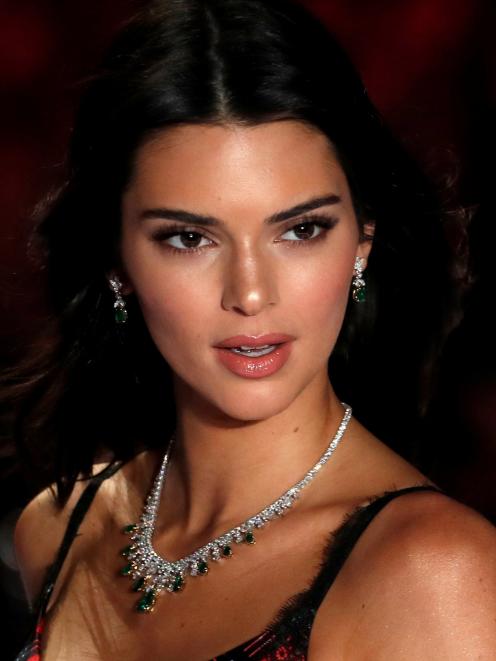 Kendall Jenner was paid $US250,000 ($NZ365,700) for a single Instagram post promoting the disastrous Fyre luxury music festival. Photo: Reuters
Authorities in the United States and the United Kingdom are cracking down on media influencers in the wake of the failed Fyre Festival, writes Chris Keall.

The failed Fyre luxury music festival — chronicled in new documentaries on Netflix — has been followed by a crackdown on social media influencers by authorities in the US and the UK. A leading New Zealand regulator lawyer says Instagram and Twitter stars here also need to watch their step — and that fines of up to $200,000 could be in the offing if regulators here follow what is becoming a pervasive international trend.

The received wisdom had been that the worst a Kiwi influencer might face was a strongly worded ticking-off from the Advertising Standards Authority if they failed to disclose a post was paid for with cash or freebie product.

Matthews Law principal Andy Matthews said: "This could be misleading by omission under the Fair Trading Act, which has significant fines."

Mr Matthews’ colleague Elsie Stone noted  the Commerce Commission would first have to decide if a social media influencer was "in trade" — that is, in the business of buying and selling services. The watchdog told the Herald it had so far not accessed any complaints about influencers.

An influencer could potentially argue they were only promoting a product and not "in trade" and thus covered by the Fair Trading Act, Ms Stone said. Influencers have already lost that argument in the US and UK.

"This is an area of law where there is considerable consistency among international regulators. This is definitely an international trend."

The commission would be talking to its sister agencies overseas about social media influencers, she said.

"This will definitely be on their radar."

A spokeswoman for the commission said the NZ regulator belonged to the International Consumer Protection and Enforcement Network, which had issued guidelines for online reviews and social media influencers.

"Online retail is one of the key priority areas for the commission this financial year," she said.

"While there are no special rules governing social media influencers under the Fair Trading Act, it is a breach of the Act to mislead or deceive consumers.

"In a general sense this means if what appeared to be neutral advice actually turned out to be paid advertising, it could be a potential breach of the FTA, which carries with it a range of enforcement options, including financial penalties."

Rita Ora was among 16 social media influencers targeted by the UK’s Competition and Markets Authority last week over sponsored-post disclosure.

About 400 social media influencers, from supermodels to musicians to actors to the famous for being famous, posted about Fyre in the build-up to the disastrous luxury music festival on an island in the Bahamas. None revealed their posts had been paid for.

The shambolic event was cancelled before a song was performed after hundreds of attendees had already arrived at the venue.

Both of the recent Fyre documentaries treaded relatively lightly around this topic, for different reasons (the Netflix effort was co-produced with the New York social media agency originally hired to spruik the music festival, while Hulu has acknowledged it paid for its interview with  principal organiser Billy McFarland).

In its aftermath the US Federal Trade Commission sent warning letters to 90 social media influencers, telling them they must make it clear if a tweet was paid for with an #advertisement or #sponsored hashtag — and not something waffly like #partner or "my friends at ..." Kendall Jenner, pictured watching Steven Adams’ Oklahoma City Thunder on January 19, was paid $US250,000 for a single Instagram post promoting the Fyre music festival.

Last week, the UK’s Competition and Markets Authority (CMA — the equivalent to our Commerce Commission) said it had secured formal commitments from 16 celebrities to ensure they would now say clearly if they had been paid or received any gifts or loans of products which they endorse. If influencers broke the agreement, they could go before the courts, the CMA said.

Unlike the FTC, the CMA has named some of the social media influencers it has targeted, including singers Ellie Goulding and Rita Ora and models Alexa Chung and Rosie Huntington-Whiteley.

The ASA says an influencer must make it clear if a post is sponsored, but does not detail how — a contrast to the US and UK regulator’s guidelines.

In the UK, for example, the CMA said a post must be labelled #Ad or #Advert or equivalent, and that the hashtag not be buried in a laundry list of others. It also said vague terms like #sp (short for "sponsor") and #collab did not cut it.

ASA chief executive Hilary Souter said her agency had yet to field a complaint about a social media influencer — and that discussion of the first complaint would help resolve what constitutes full and transparent disclosure.

The ASA boss rejected the notion  many Instagram users were in a younger age bracket and simply did not know her organisation existed. She said the ASA fielded complaints from a wide range of demographics.

She also rejected that a sanction from the ASA was a slap on the wrist with a wet bus ticket. She acknowledged  an influencer would only receive a warning letter, and that they would not have to post an apology (the ASA meets every two weeks, meaning any offending Instagram or other social media post would be ash by the time of a decision, rendering a deletion of the offending post meaningless).

But Ms Souter added that advertising, marketing and social media agencies would be aware of the warning. They would exert pressure on the offending social media influencer to change their ways. If they did not, they could well lose bookings.