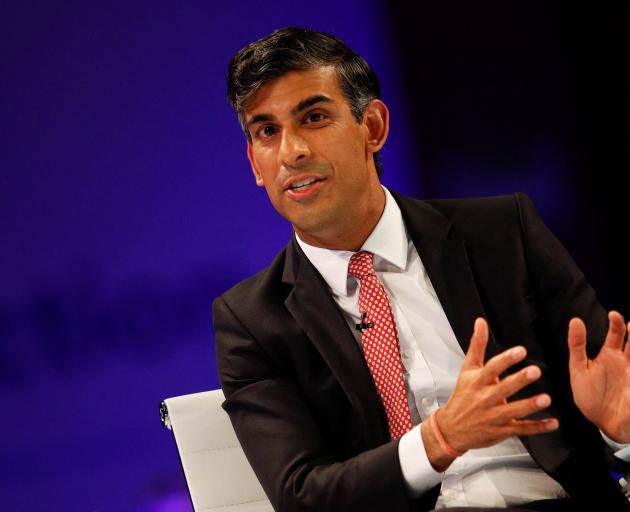 The Sunak family’s vast wealth was bound to be part of the conversation about whether Rishi Sunak should be prime minister. PHOTOS: REUTERS
Time is running out for Rishi Sunak and his struggling British leadership campaign, writes  Andrew Rawnsley.

Rishi Sunak and failure have previously been strangers. Head boy at Winchester, one of England’s grandest private schools. A first in PPE at Oxford, nursery of so many Tory prime ministers, and a Fulbright scholar at Stanford. He talked his way into one of the safest Conservative seats in the country at the age of 34 and was chancellor before he turned 40.

David Cameron once dubbed him "the future of our party" and ascending to Number 10 must have seemed the inevitable next episode of an irresistible story of upward mobility from the suburbs of Southampton to the pinnacle of power.

Unfortunately for him, this chapter is being written by Tory members and it doesn’t look as though they will make it a happy one. The polling suggests that the majority want not him as their next leader, but Liz Truss. The Trussites are becoming so confident that some of them are risking sounding complacent and arrogant by suggesting that Mr Sunak ought to quit now before he falls even further behind. He is showing signs of being rattled, such as his abrupt conversion to suspending VAT on energy bills, an idea he previously dismissed on the correct grounds that this is not the way to direct help to those who most need it because a VAT cut will be of greatest benefit to affluent households.

It is too early to definitively write off his bid for the leadership — an extraordinary event or revelation could still upend things — but we can draft a preliminary postmortem of why the golden boy lost his lustre.

One big mistake was to think that it would be enough to present himself as the safe pair of hands who protected the economy during the pandemic and can be relied on to see Britain safely through an inflation-fuelled tempest. Running on competence looked like smart differentiation after the seedy farce of the Johnson premiership. The more so because Ms Truss has little to show for a decade as a minister, eight of them in the cabinet.

Yet she has guilefully turned her absence of achievement into an advantage by running as an insurgent "change" candidate who was always, so she now tells everyone, appalled by the terrible failures of the governments she sat in.

By contrast, Mr Sunak has a record that means he has had to spend a lot of his time defending it. He often dwells on furlough and the other crisis measures he introduced during the pandemic. He sounds almost nostalgic about that time. Rishi to the Rescue was the period when he became the most popular Westminster politician since Tony Blair was at his zenith. His enemies have focused on his more recent and much less liked iteration, Rishi the Tax Raiser.

He presents himself as the candidate brave enough to confront audiences with tough trade-offs. "In this leadership election, I haven’t taken the easy road," he says. Denouncing Ms Truss’ fantasy economics in one of their recent encounters, he declared: "It’s the same old having your cake and eating it."

So it is, but the Tory party has not lost its sweet tooth for sugar-rush confections. If the polls are correct, there are more customers for the Truss cafe’s nut meringues, fondant fancies, gateau magique and whoopie pies than there are for Mr Sunak’s dry "sound money" rock cakes. Being the "grown-up" candidate has not been an asset but a handicap because the Tory party has had its synapses scrambled during its three years in thrall to the puerile antics of Mr Johnson. 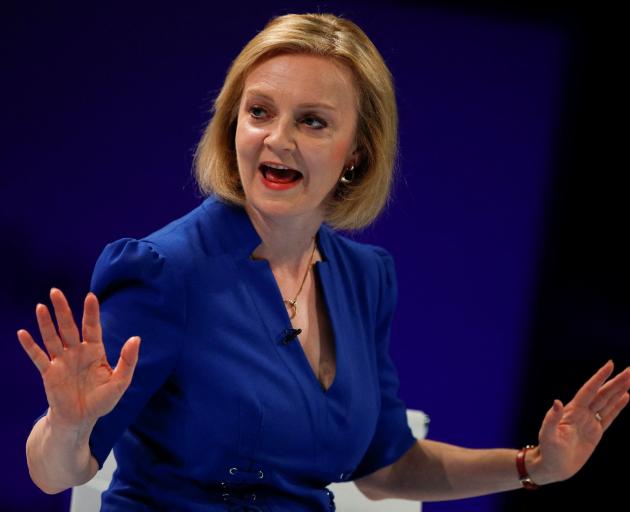 The Liz Truss supporters are becoming so confident that some risk sounding complacent.
The former chancellor is dogged by claims that he was the orchestrator of a ruthless coup to depose the outgoing prime minister. A preposterous but potent betrayal narrative is being propagated by the Johnsonites and in right-wing media, which is consumed by Tory members. At the leadership hustings in Leeds last week one angry pro-Johnson activist rounded on Mr Sunak with the accusation "many people see that you’ve stabbed him in the back".

The right riposte to this is that the architect of Boris Johnson’s downfall was Boris Johnson. He debased and disgraced the premiership with his rule-breaking, his lies and his sleaze. If Mr Sunak and the dozens of other ministers who used resignation as a weapon of last resort should regret anything, it is that they did not act earlier. Yet the ex-chancellor dares not give a forthright explanation of why Mr Johnson had to be evicted for fear of further aggravating the significant cohort of Tory members who are still beguiled by him.

The smoothness of the launch of Mr Sunak’s campaign attracted less praise for its professionalism than it did condemnation for proving that he had been preparing for a tilt at the top job for months. So had Ms Truss, but her backers now conveniently forget all those "fizz with Liz" receptions for Tory MPs and donors in swanky Mayfair clubs.

The former chancellor has been the more fluent performer, and has demonstrated the better command of detail, in all the leadership debates. His foes have flipped that against him by saying he is too polished and packaged. Among a Tory membership that is concentrated in provincial England, it hasn’t been difficult for Team Truss to encourage mistrust of her rival as a metropolitan smoothie. The foreign secretary is the more lacklustre performer. So her camp are promoting that as a virtue. When Ben Wallace, the defence secretary and an admired figure among Tory members, came out for Ms Truss, he wrote that she was "a winner not because she’s a slick salesperson but because she is authentic". It is a bizarre leadership competition in which being the inferior communicator is touted as a superior quality. But then this is a very strange contest indeed.

The Sunak family’s vast wealth was bound to be part of the conversation about whether he should be prime minister, not least because of the outrage that accompanied the revelation that his wife has exploited non-dom status to avoid UK taxes on her overseas income. For an Instagram politician, he took a very long time to grasp why shielding his family’s fortune from his own tax collectors caused so much fury.

To counter the portrait of him as an entitled elitist cocooned in privilege, he has sold his family history as a kind of rags-to-riches story. We’ve heard lots about the grandparents who migrated to Britain from East Africa, and even more about his GP dad and his pharmacist mum.

This ought to be a persuasive tale for Tory audiences of parental sacrifice, hard work and aspiration as the foundations of his success. But it hasn’t inoculated him against the charge that he is a footloose financier, a citizen of everywhere and nowhere who kept a US "green card" secreted in his back pocket even while he was sitting in the cabinet and might up sticks to California if he doesn’t make it to Number 10. Ms Truss and her gang have made him the target of a Tory form of class war. She has mocked his expensive education. After one of the head-to-heads between them, one of her spinners attacked Mr Sunak’s aggressive questioning of his rival’s economic prospectus as "shouty private school behaviour". Nadine Dorries, the bluntest instrument on Team Truss, got a lot of attention by scorning him for wearing pricey loafers and bespoke suits.

It is almost too late to arrest his rival’s momentum and wrest back the initiative. Ballots will start coming through the letterboxes of Tory members this week and many are expected to send them back by return. "It’s completely nerve-racking," says one senior Tory on the Sunak team. "The concrete will set very quickly."

He is fighting not just for the premiership, but for his political career. If the foreign secretary wins, she is not going to bring him back as chancellor after all the contempt she has hurled at him as a "bean counter". So venomous have been the exchanges between them, it is a struggle to see Mr Sunak in a cabinet led by Ms Truss or vice-versa. It is all or nothing for both of them.

Unless Mr Sunak can change the trajectory of this contest and fast, he is going to become extremely well-acquainted with failure. — Guardian News

- Andrew Rawnsley is chief political commentator of the Observer.