Luring the best and brightest 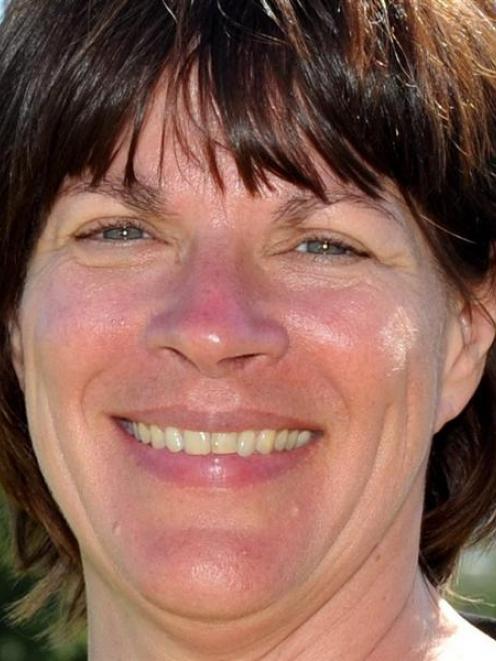 It is easy to forget that neither constant growth nor sheer size define the world's great universities.

Indeed, if anything, the opposite is true.

Among those that consistently make the top 10 in the prominent international rankings, the vast majority - including Yale, Stanford, Harvard, Princeton, Oxford, Cambridge, MIT, Chicago and Caltech - have a student roll either similar to or smaller than Otago's.

Along with their relatively modest student rolls, what these great universities have in common is their relentless commitment to quality.

That quality is seen in the calibre of the staff, in the nature of facilities and the campus, and perhaps most importantly, in the attention each pays to the academic standing of its commencing student cohort.

Get all of this right, and the rest follows naturally: high-quality classroom experiences, cutting-edge research that addresses the grand challenges of our time and outstanding graduates who leave university fully equipped to make their mark on the world.

Let's consider the University of Otago in this context.

Although we are not a top-10 university internationally, we are one of New Zealand's two top universities.

We are one of only two that feature in the top 300 universities worldwide in all the major rankings, and one of two that secures the lion's share of research funding in New Zealand.

Among New Zealand universities, we have the largest number of high impact publications per academic staff member, and the most papers published in the prestigious journals Science and Nature.

When it comes to teaching, Otago has secured more prime minister's awards for excellence in teaching than any other New Zealand university.

We lead the way in the academic performance of our students, topping the national league tables for pass rates and retention.

We are also the only university in New Zealand to rank among the top 15 most beautiful universities in the world.

But, like every New Zealand university, Otago does not have a long history of being especially selective in the first-year students we take.

That history changed in 2011, when we raised the bar for entry to Otago through our limitation of enrolment system.

We took this step - and followed up with tougher standards for returning students to continue at Otago - for several reasons.

Most importantly, we felt it was irresponsible to continue to admit large numbers of students who lacked the academic background or the motivation to succeed at university.

When Otago raised the entry bar in 2011, first-year numbers dropped by several hundred.

We added a new residential college and expanded others to accommodate this rise.

But the combined effect of that lower 2011 intake flowing on to later years and the tougher academic progress criteria we put in place, was an overall drop in total enrolments in 2011, 2012 and 2013.

Last year our domestic enrolments stabilised. The share of New Zealand's school leavers going to university who chose Otago was the same as it had been before limitation was introduced - just over 14%.

So, while we had lifted the calibre of our commencing cohort, the appeal of Otago as a university destination was undiminished.

That 2014 cohort, incidentally, included record numbers of Maori and Pacific students, as well as the highest yet proportion of students from outside of Dunedin.

This year, enrolments have dropped.

Given the importance of the university to Dunedin, and the understandable nervousness the city feels each time our numbers are reported, it is important that I explain why this is so.

The drop is due primarily to a decline in domestic first-years of approximately 350 equivalent full-time students.

This reduction is less than that when we originally tightened our standards in 2011.

It is caused by a combination of factors.

First, as was reported earlier this year, a smaller cohort of school leavers gained University Entrance (UE) in 2015.

The cohort is smaller due to a demographic change in the number of students in year 13 and because more students failed to meet the more stringent UE standard that came into force last year.

Second, as Tertiary Education Minster Steven Joyce observed last month, as well as the smaller UE-qualified school-leaver cohort, the strengthening economy should also be considered as a dampener to demand for tertiary study (this is because a stronger economy equates to more job opportunities for school leavers).

I expect these two factors have made 2015 a tough recruitment year for most New Zealand universities.

The University of Otago has been resolute in our determination to hold the line on the new UE standard, which was originally adopted with the collective support of New Zealand universities.

Our determination to do so has, undoubtedly, cost us enrolments.

But holding the line has also had some extremely positive consequences.

Despite increased competition for the best students, Otago's commencing cohort this year contains a greater proportion of high-calibre school leavers - as measured by their average level of performance in NCEA - than before.

As such, this cohort is much closer in calibre to what one would see at world-class universities internationally.

In addition, our first-year international numbers are up - another positive outcome that results from enhanced quality overall.

Like all great universities, the University of Otago will continue our relentless pursuit of quality.

We have no aspiration to be the biggest university in New Zealand, but we do have aspirations to be the best.

This year, we held our inaugural Academic Convocation Ceremony - a tradition embedded in the practice of many of the world's best universities.

We will continue to make improvements to our facilities and our campus.

We will continue to attract the best staff from New Zealand and around the world.

Perhaps most importantly, we will continue to recruit the best and brightest students to study with us.

The long-term challenge for Otago will be to maintain or improve the calibre of each new cohort of students.

Meeting this challenge will require hard work in an environment likely to be characterised by a shrinking school leaver population, a continued strong economy, and intense competition for the best students.

But, as in all other areas of our endeavour, Otago is up for the challenge.