Manuherikia minimum flow: focus must be on reality, achievability 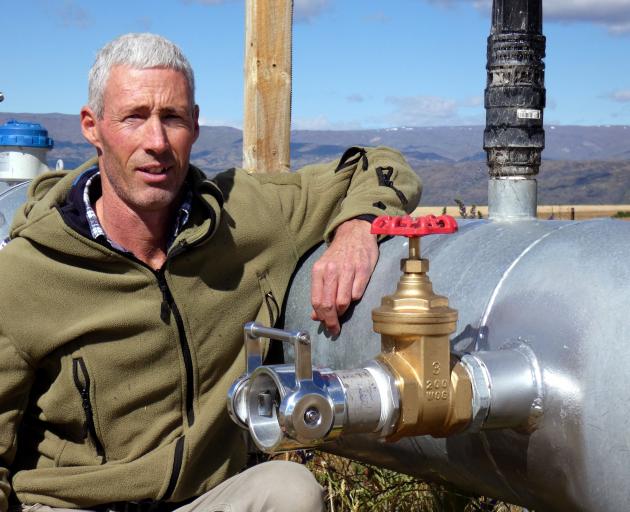 Feedback from attendees and media reports on five options for minimum flow for this river had me thinking I definitely would not have come away feeling any better, as I am sure many of the attendees also felt. I am angry, disappointed and dismayed that the council to which I am elected, the environmental groups and my community are at odds yet again and are no closer together in an understanding of each other in what is an appropriate minimum flow for our precious river.

Following all the work undertaken by the Manuherikia Catchment Water Strategy Group, the ORC established the Manuherikia Reference Group (MRG) and, underneath that, a Technical Advisory Group (TAG). These have operated for about two years with the intention of putting in place the technical information needed and bring key factions of the community on a journey, to setting a minimum flow at the Alexandra camping ground, and resolving the water issues for the catchment.

The outcome of these groups’ two years of effort was what you all have seen in the consultation document, and at the presentations.

In my view, they were two years wasted with the only members within the MRG willing to consider all factions of the community being the irrigators, the Central Otago Mayor and councillors, and the independent chairman. Everyone else started the process with their own positions set, including the ORC, and have continued that way.

For example, the Central Otago Environmental Society has publicly stated it wants 4cumecs as the minimum flow at the Alexandra camping ground. There’s a couple of issues with that. In a dry season, the tiddler of a dam that is Falls Dam is the only place the flows to meet that level can come from, but the dam cannot even release that flow. And if it could, then it would empty at lightning speed.

Once it’s empty then the river would be totally empty, so there wouldn’t be 4, 3, 2 or 1cumec at the camping ground. Madness after two years of sitting on a group supposed to put the technical decision-making information on the table to enable all-encompassing decisions. Fish & Game has stated similar aspirations.

The problem I have with all of this is that I understand the National Policy Statement for Freshwater Management 2020 (NPSFM) has set a hierarchy with the river’s health coming first, followed by people’s needs, then the economy, and this is a parameter to which the group must work.

What I observe is that the irrigators’ needs are being ranked beyond last, viewed as a bottomless pit of availability to be plundered, and they will just have to accept the end outcome once everyone’s aspirations have been met.

This is where my frustration at the ORC comes in as it’s fine for the varying factions to have their aspirations, and begrudgingly fine for them to refuse to change them as more science and detail is found that counters them, but it’s not fine for the ORC as a council for all, and leader of this process, to then do what has been done with the consultation document and presentations.

What the ORC and MRG did not do is prove how those flows of from 1200 litres per second to 3000 litres per second would be provided. Truth is it can only come from the existing equation, and that will struggle to provide even the 1200. Anything above that needs a new, much higher dam.

What also was not stated in the consultation document, and should have been, was that the lowest flow option meets the NPSFM, and only a percentage of the lower river main stem is considered the area of concern.

The irrigators have submitted a flow management regime targeting 1100 litres per second at the camping ground, which meets the NPSFM, and was supposed to be included as an option for the community to consider. It’s the option that is survival for them but ensures the river’s health, without economic suicide.

My view is that now is a time for science, facts and sensible outcomes based on reality and achievability. Nothing else. Whatever your view, please ensure the council hears it with your submission, to be in by June 18.

- Gary Kelliher is an Alexandra farmer and ORC councillor — due to declared conflicts, he will not be taking part in the ORC Manuherikia decision process.

Sorry, Councillor and to all you other landowners who look to exploit this natural resource, but we must put the well-being of the river and all the wildlife it supports first.
Wildlife populations are in freefall around the world, driven by human overconsumption, population growth and intensive agriculture. On average, global populations of mammals, birds, fish, amphibians and reptiles plunged by 68% between 1970 and 2016, according to the WWF and Zoological Society of London (ZSL)’s biennial Living Planet Report 2020. Freshwater areas are among the habitats suffering the greatest damage, according to the report, with one in three species in those areas threatened by extinction and an average population drop of 84%.
Nature is being exploited and destroyed by humans on a scale never previously recorded. Please protect this river by voting for the maximum flow rate.

I've tried hard to identify Councillor Kelliher's objective on this issue.
It seems that what it boils down to is that a "sensible" decision be made. That is, "sensible" to him and it seems that means there should be absolutely no impediment or cost increase to him maintaining his business how he wants for as long as he wants.
What the rest of us need to ask ourselves is: Is this a price we're prepared to pay? I suspect the answer is an emphatic No!
No other industry gets the protection and support of the wider community. If times change, if the climate changes, if technology changes, if the population moves away, whatever the cause, if any other industry finds they can no longer operate they go out of business. Why should Councillor Kelliher be any different?

“Gary Kelliher is an Alexandra farmer and ORC councillor — due to declared conflicts, he will not be taking part in the ORC Manuherikia decision process.”
Yet in writing this piece he is attempting to be involved and influence the decision process through us. He does not like the direction he sees the decision heading and is using the ODT to help him. Why is this paper allowing itself to be used in this manner?