The need to express our identity 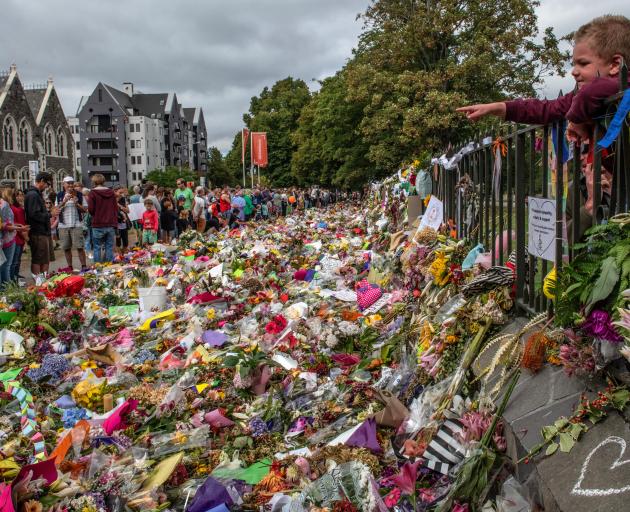 One simple phrase expressed New Zealanders' response to the vile attack on Muslims at prayer in Christchurch last month: "They are us." It summed up not only the shock, grief, horror and disbelief at such an atrocity, but also the love, support and solidarity felt for the victims, their families and the Muslim communities devastated by the massacres.

In the spontaneous vigils, services, marches and commemorations up and down the country, everything that should be said has been said. In the national memorial service a fortnight ago, deeper reflection began on the way we see ourselves, and the way we would like New Zealand to be. So who, now, are we?

That is no idle question. In Living with the Gods, British art historian and former museum director Neil MacGregor pinpoints this as the great political question of our time.

All round the world, societies are not what they used to be. Colonial expansion, mass immigration, virulent ideologies of class, race, nation and economics have brewed a new global reality. In this mixed-up, effervescing world, how do our various national societies address, in Macgregor's words, "the human need for belonging, and for a story to sustain it in which everybody has a part"?

Religion once provided such a story. In the Muslim, Hindu and Buddhist worlds it is currently being buttressed by nationalism and becoming more assertive. In Europe and New Zealand, by contrast, the influence of Christianity in moulding the national identity is steadily declining. As the secular societies of the West become more diverse in race, culture and religion, can they find a way to do for them what the underlying Christian story used to do?

That is not to say the core Christian values are dead or dying. The memorial service in Christchurch had no overt church input - once it would have been central - but Christianity was present in the Maori contribution, a reference to Jesus as an honoured prophet of Islam, and the ceremony's whole tenor of love, compassion, peace and forgiveness.

It came from the mouths of Muslim participants most affected by the killings and true to the best of their religion, but Christians would recognise and endorse those qualities as theirs, too. When it comes to the central vibrancy of our faiths, uncorrupted by power and self-interest, we are closer than we know.

That begins to provide an answer to "Who, now, are we?" The challenge initiated by the Christchurch horror is to find a way, collectively, to create a new "us" where everyone feels they belong.

Long essays could be written about how the new "us" might be, but I prefer three words: Humanity, Compassion and Togetherness. All religions affirm those virtues - and so would those who profess no religion. As such, they resonate fully within and for our secular society, and give shape and hope to its future.

Secular in its true meaning is not hostile to religion: it refers to the world of space and time we live in. It provides a neutral setting in which different approaches to life can be freely explored, flourish and one day fade.

Like anything human, a secular society can be corrupted by greed, prejudice and power, which is why it always needs tempering by the overarching imperatives of our common humanity to give unity, compassion to provide genuine bonding, and a sense of togetherness: living side by side means we need one another and must offer one another understanding and respect.

Under that umbrella of humanity, compassion and togetherness, each religion is free to lead its followers to find meaning, purpose and identity within its own continuing story, rooted in history and spanning the globe.

Those who reject religion are free to seek the same without such a story or parallel community, though most don't.

But a multiracial, multicultural and multireligious New Zealand also needs new rituals that transcend the differences and allow us to experience our humanity, compassion and togetherness as one - and preferably not just when tragedy unites us in grief.

For Christians, Easter is a prime example. In the betrayal and execution of Jesus on a trumped-up charge it even mirrors the tragedy and trauma of the Christchurch massacres - but then, crucially, it brings the promise of new life.

To supplement such festivals, perhaps the time has come to work towards secular-oriented rituals expressive of our national values of humanity, compassion and togetherness, where everyone can feel they belong.