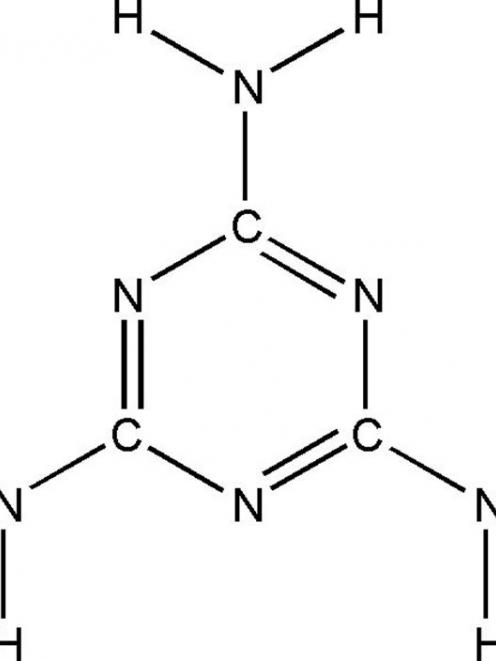 The past month has seen two colossal examples of human stupidity, a commodity sadly in far too great a supply on planet Earth, with both motivated quite simply by greed.

The first, the stockmarket "jitters" of last week, came about ultimately as a result of people lending money to people who could never pay it back - even I, with my limited grasp of economics, could have told the protagonists that this wasn't a good idea.

The second, the addition of melamine to milk in China, has tragically, to this point, left four infants dead and at least 54,000 harmed.

So why would anyone want to add melamine to milk? To answer this, we need to indulge in a little chemistry.

Milk is composed primarily of water, in which are dispersed various fats, proteins, carbohydrates and minerals. Of these, the proteins are unique in that they are the only compounds which contain nitrogen. Therefore, an analysis of the amount of total nitrogen in a sample of milk will give a measure of its protein content.

Now let's suppose that you are an unscrupulous purveyor of dairy products and you want to make your milk go a little further. The obvious thing to do is to water it down a little.

However, this will have the effect of diluting the protein and therefore when your milk is analysed, its protein content will be low, and you will be found out.

How then, to mask your misdeeds? Well you obviously would not want to add protein to the watered-down milk, as this is expensive and would defeat the purpose of watering it down in the first place.

So why not add another source of nitrogen to the milk? A source that is cheap and has a high nitrogen content - melamine, perhaps?

Melamine is widely used in the production of polymers, with more than 500,000 tonnes a year being produced worldwide.

The chemical structure of melamine is shown above, and, as can be seen, it is a molecule that is particularly rich in nitrogen atoms. In fact, the melamine molecule is 66% by weight nitrogen and herein lies the reason for its addition to dairy products - a little goes a long way in bulking up the nitrogen content of watered-down milk. And this, sadly, is what has been going on in China in recent times.

In hindsight, this tragedy could have been prevented if the milk had been analysed specifically for protein, rather than just for the total amount of nitrogen.

While the latter analysis is relatively cheap and therefore widely used, it assumes that proteins in the milk are the only nitrogen source, and this obviously is not the case if the milk has been adulterated.

I understand that the dairy companies in China are now implementing specific tests for protein, which should hopefully put an end to this shameful story.

I imagine heads will literally roll in coming months, but that will be of little comfort to affected children and their families.

In 1801, Friedrich Schiller wrote "Against stupidity the very gods themselves contend in vain". More than 200 years later, it seems that little has changed.

- Dr Blackman is an associate professor in the chemistry department at the University of Otago.