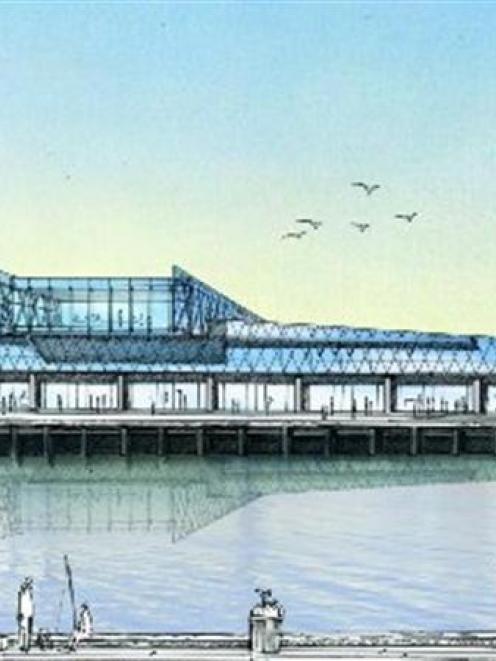 The new Otago Regional Council building in the harbour basin has reached D-Day, with the council about to make a decision whether to proceed with this proposal or not.

In my mind, the proposal has been slipping under the public's radar given the huge ongoing debate surrounding the new stadium.

The ORC first began looking at new accommodation as far back as early 2006, given the shortage of space in the present Stafford St building.

Different options were looked at and a brief proposal for a new $12 million building at an unspecified site was included in the 2006-16 long-term council community plan.

The proposal drew limited comment, which was not surprising given the limited detail provided.

Since then, the ORC has identified a site (harbour basin), invited architects to develop a proposal, selected the preferred building design, and gone through a detailed costing exercise, finally putting the building out to tender in late 2008.

Preliminary estimates released in May 2008 suggest the building is going to cost about $30 million.

There are two aspects of the proposal that I have concerns about and they are:The huge cost escalation in the proposal since 2006 to a level which I and many others find unacceptable.

The inadequate public consultation process that has occurred since the preferred design option was developed in early 2008.

Indeed, I believe in the past decade the ORC has been prudent in that the general rate has only increased about 20% in total over that period.

The success of Port Otago, with its increasing dividends, has certainly helped keep ORC rates at modest levels relative to other comparable local authorities.

There is no doubt that some of the 80 to 100 staff in the present ORC building work in cramped conditions and more storage capacity is needed.

A solution needs to be found, but in my view the harbour basin proposal is a very expensive option given that it is public money that is being spent.

The ORC has much on its plate over the next few years with a number of big projects likely to come to fruition.

In Dunedin there is the stadium, which will have considerable impact on all ratepayers in Otago.

In case anyone finds my opinion contradictory, yes, I am a strong supporter of the stadium.

I believe huge benefits will accrue to Dunedin and Otago over the next century from this project, which therefore justifies the cost. It is time to bite the bullet and get on with it.

The $20 million-plus Leith Lindsay flood protection scheme has started, but regrettably there has already been huge cost escalations going forward.

As reported at the February 11 council meeting, new unconfirmed scheme estimates for the project are of the order of double their 2004 estimates.

Enhanced public transport in Dunedin significantly increases that targeted rate over the next few years.

In other parts of Otago, ratepayers face the cost of new or upgraded flood and drainage schemes in some areas, while a new public transport rate in the Queenstown basin is proposed in the future.

My message is this. Even in more normal economic times, the ORC has much on its plate.

The ratepayers are going to face significant rate increases without the additional burden of building an expensive new building down on the waterfront.

After all, the ORC is only a medium-sized business employing just over 100 people and in my view, the indicative spend on the new building is disproportionate to the size of the ORC.

The proponents of the harbour basin proposal claim that Port Otago dividends will largely fund the new building, with little impact on ratepayers.

I don't buy this argument because after all, Port Otago dividends are public money that can be spent or saved in many ways such as minimising future rate increases.

It is time for the ORC to take stock of the harbour basin proposal and look at other alternatives which are of a more modest nature.

Clearly a rebuild of the present Stafford St home is a realistic possibility, while there are possibilities with the old post office building.

Imagine the kudos the ORC would get if it could be part of the solution to restoring this iconic Dunedin building.

As indicated earlier, my other big concern with the harbour basin building proposal is the lack of consultation undertaken with the ultimate owners of building - the people of Otago.

The Local Government Act 2002 gives local governments wider scope in terms of the activities they can undertake.

This is offset by enhanced consultation requirements as set out under the Act - public consultation is one of the basis tenets of democracy.

Every council must have a policy of significance, which basically says when councils undertake a major project such as the new ORC building it must go to the public to inform and consult with them.

The ORC did this in 2006 on the basis of a new office building costing $12.5 million somewhere in Dunedin.

Finally, my key message is the ORC must take a breath with their new office project and consider more realistic possibilities.

There are clear undertones out in the community that the ratepayers are not happy with the present proposal.

At very least, the ORC has an obligation to inform the public about the harbour basin proposal and listen to their views.

To do otherwise would be seen as being very arrogant.