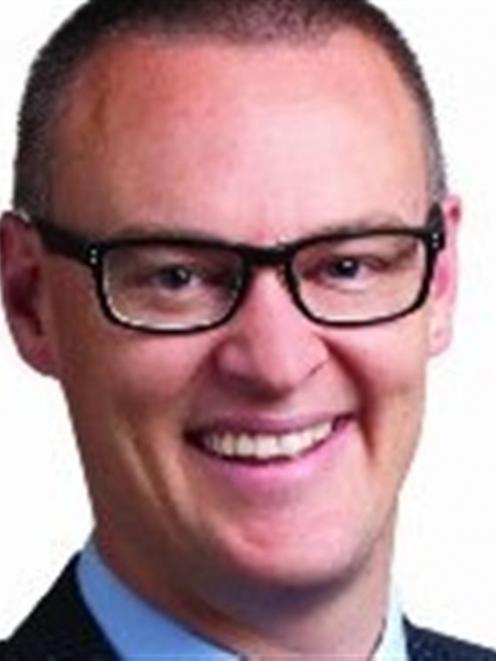 David Clark.
The banning of synthetic cannabinoids has hogged headlines over the past week, but another serious drug issue lies beneath the radar. Dunedin North MP David Clark says the burden of proof for changes that could affect your household lies with the Government.

Imagine dialling the 0800 Poison crisis line after your 18-month-old child has swallowed a bunch of unidentified pills.

The thought of wading through an options menu, explaining your situation several times, or listening to elevator music while on hold brings a chill to the spine.

But situations like this are a real possibility after the Government announced late last year its intention to roll Plunketline, Healthline, Quitline, its alcohol and drug helpline, the national depression initiative, problem gambling support and the 0800 Poison number into one service.

After some swift political calculations, Plunketline was quickly removed from the list and - like the 111 emergency service - allowed to retain its stand-alone status.

These changes being considered by the Government could cost lives.

Under the current proposal, those who advise on the harm of drugs, medicines and other chemicals are likely to be sidelined in a cost-cutting move that raises more questions than it answers.

I'm supportive of economies of scale where they make sense, but in the case of Dunedin's 0800 Poison helpline, the burden of proof lies with the Government.

The 0800 Poison service has for 50 years successfully operated out of Dunedin.

While the actual cost of the service is around $2.8 million, the University of Otago receives only $1.5 million from the Government to support it.

Being New Zealand's poison experts involves intensive and ongoing research - and the service is effectively subsidised by the University of Otago as part of its social service commitment.

Why would you put this highly effective yet low-cost model at risk?

The data is constantly being updated.

The database is world-class and regularly accessed by poisons centres around the globe.

The prospect of triage by non-expert staff instead is unwelcome at best. In a recent survey, 90% of people who contacted 0800 Poison said they would have gone straight to hospital if they hadn't got through. This is a frightening prospect.

Our emergency departments are already struggling to cope with demand.

The Poison-line meets Government performance indicators requiring 80% of calls to be answered within 20 seconds.

Truth is they're generally quicker than that. How on earth would such timely access to experts be achieved under the new system?Is it really possible to deliver an efficient and effective poisons advice service under the proposed model?

Nowhere else in the world has a poisons line been integrated with other telehealth services.

How does the Government justify progressing such a move against the World Health Organisation's best practice standards?

What information does the Minister of Health have that all others around the world lack?

If the poisons advice line is deemed to be an emergency service - unlike the other services listed (for example, immediate harm is unlikely if advice on quitting smoking is delayed for a minute or two) - why should it not remain separate?

The poisons advice service is also accessed by members of the public and healthcare professionals.

They can access specialist medical toxicologists, the experts doctors turn to when they have a difficult or unusual poisoning case.

How will the Government ensure prompt and appropriate advice is available to ambulance staff, GPs and other medical professionals in the timely manner currently expected?

Management of acute poisonings is time-critical.

How will the Government reassure busy ED and ICU doctors their time won't be wasted by having their urgent call screened and triaged before they get through to the appropriate person?

The researchers who support the 0800 Poison line have often supported government decision-making.

They were called upon post 9/11 to advise the Prime Minister's Department on chemical terrorism.

And recently, the Government consulted researchers heavily as it prepared its legislation on synthetic cannaboids.

Much of their support for government is ongoing. The Environmental Protection Authority relies on their expertise.

The Coroners' Office leans on them for toxic profiles. ACC uses their services for claims around chronic conditions.

The Ministry of Health uses data and consults.

Sadly, the process for decision-making from here is anything but transparent.

Final decisions about the service are set to be taken in what is euphemistically called a ''constructive dialogue'' instead of the originally signalled competitive tender process.

Registrations of interest in mid-April are described on the Ministry of Health's website as an opportunity for potential providers to formally signal a willingness to participate in the dialogue process.

Questions remain. Why is a non-transparent process chosen to secure such an essential service?

Will any future service be as cost-effective?

Will expert poisons information be as readily and promptly available to callers?

Will unintended consequences emerge such as further overloading on already stretched emergency departments around New Zealand?

Will the new service be disrupted when problems emerge, creating uncertainty for New Zealanders and additional cost?

Will the cost of losing this service ultimately be measured in lives before the Government sees sense?