Politics not just a job but a life 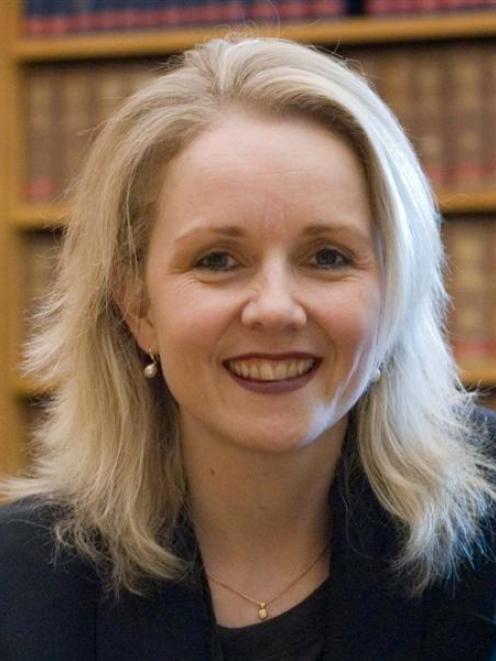 When I announced my retirement, one of the first emails received said "good riddance, you've said nothing, done nothing and stood for nothing."

Harsh I thought, but typical of many political letters to MPs.

Funny thing was a week later I received another email from the same man.

It said: "Mrs Rich, my heartfelt apologies. Comments from your colleagues, the media and even your opponents seem to have been uniformly positive. I can only conclude that I'd got you mixed up with someone else. Sorry about that. Mistaken of Petone."

It was a strange exchange, but in a way it sums up politics.

Leaving here is hard at such an exciting time and after the hard graft of opposition, but it's the right decision for me.

Political service is all consuming and the New Zealand public deserves nothing less.

I leave at a time of my own choosing, positive about Parliament, my party and our democracy.

I don't agree with some who leave Parliament and say that little can be achieved through such public service.

An MP can make a difference every day if he or she chooses to.

I've taken a Ralph Waldo Emerson approach to politics and always thought that if even one life has breathed easier as a result of the work we've done then that's success.

Cases like: the inmate mother handcuffed during childbirth, the woman who could not get her teacher's registration because she had the same name as a Christchurch criminal, the boy who had absconded for three months before officials looked for him. And many others.

I acknowledge the impact that political life can have on family. Many in my family are dedicated public servants.

The public service can't be that politicised because at one point there were five of them in Ministers' offices or departments.

Such is their professionalism, I can proudly say that they have been no help to my political career whatsoever.

I have added to my family since becoming an MP.

I could not have received more support from my National colleagues.

Parliament is not a great place for families but it is the worst place to be pregnant.

Simple things like taking a call in the house proved difficult.

While it breached standing orders, I was thankful Jonathan Hunt allowed me to perch on the arm of my chair so I could stand quickly enough.

I'm proud my son Jonathan is a Southlander, but it wasn't my ambition to have him five weeks early, during the 2001 National Party conference in Invercargill.

When my daughter Georgia grows up, I hope she is proud that that she was the first baby to sit in this chamber.

One of my most satisfying political memories is playing a part in the Section 59 debate, although it was not an easy time.

Some said parenting would become illegal, CYF would steal our children and that good parents would end up in jail.

It hasn't happened. I believe the Bradford law will become another chapter in our gradual move to social enlightenment, alongside other seminal pieces of legislation which brought women's suffrage, homosexual law reform, and the recognition of civil unions.

Initially, I supported Sue's bill because I wanted to close the legal loophole that allowed some parents to batter their children and escape conviction.

By the end of the debate I supported the message that hitting children for any reason was not OK - a turning point was listening to another MP talking of the "loving smack" and merits of using an instrument to beat children.

With referendums pending, any politician who thinks that electoral glory comes from the promotion of hitting kids needs to take a reality check.

Liberal conservatives have always had a role in tempering the harder edges of conservative politics and encouraging change, but also acting as a cautionary voice in times of upheaval.

I've never been lobbied by caucus to change my vote, but there have been occasions when party members have taken issue.

In each case I have reminded them of the National Party principles I hold dear: equal citizenship and equal opportunity; individual freedom and choice; personal responsibility.

Every MP has their annus horribilis and mine would have to be 2005.

Members might recall a slight difference of opinion over a welfare speech.

Demotion clearly wasn't a career highlight, but it was preferable than trying explain why I, a well-paid mother with all the supports in the world, intended telling a DPB mum to leave her baby in child care to net less than half the minimum wage.

Over the years I've realised that politics can deliver to our doorstep hundreds of reasons to be bitter, but its up to us to decide how we react to those situations.

And now to some specific people that I'd like to thank: John [Key] - I've enjoyed my time on National's front bench and working for you.

I respect you because of your beliefs and your way with people.

I know that under your leadership National will not forget those less fortunate.

Bill [English] - The man with a brain the size of a small planet.

Thanks for giving me the welfare portfolio.

You could have walked away from politics years ago.

New Zealand is fortunate that you decided to stay and fight.

Gerry [Brownlee] - Thank you for your humour.

In some of our darkest moments in opposition I've seen you lift our combined spirits with a clever one-liner and positive attitude. That's quite a gift.

The people of Rangitikei are very fortunate indeed.

Stay staunch over the coming years.

I know you will uphold National's liberal tradition.

I'd like to thank my secretaries Pat Humphries, Robyn Broughton and driver, Roy Bremner.

My parents, husband and children who are here.

Thanks doesn't cover it.

Campaigning in Dunedin is never easy, but Andrew's intimidating use of balloons and bodyguard approach to campaigning kept most opponents at bay.

I could not have lasted nine years in politics and two babies without his support.

Regrets? I've had a few.

Speaking with Don Brash last week, I found we share the regret that we didn't make more progress with the Christchurch Civic Creche case.

I regret not being able to implement my strategy for welfare, but I'm confident that National has good policy for the future.

Compassionate and practical welfare provision will always get better results than condemnation.

But I don't wish to dwell on my regrets.

They are more than outnumbered by positive memories I'll take from this place, along with the satisfaction of having done my job to the best of my ability.

I leave positive about New Zealand, and our parliamentary process.

We live in a robust democracy and one of the least corrupt societies in the world.

We should remember that when the daily small scandals threaten to distract us.

Regarding conscience issues, we all have a conscience and we must remain free to exercise it on those issues that go to the heart of our belief systems.

I urge all party whips to ensure this most vital of parliamentary freedoms is never forgotten.

Mr Speaker, looking back on many valedictories delivered in this Chamber, I find a popular choice for retiring MPs is to quote Frank Sinatra's My Way.

I have done things my way, but I have done it within the National team and the Parliament as a whole.

All the best for the coming election.