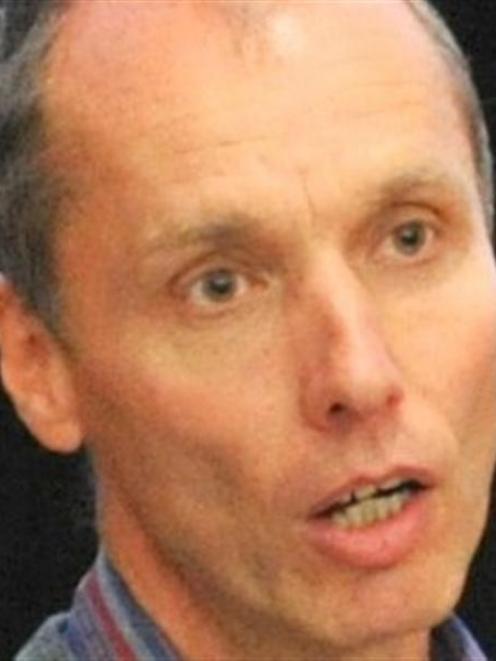 John Lapsley's ''defence'' (ODT, 8.9.14) of Cameron Slater (or, more accurately, prosecution of Nicky Hager) is long on rhetoric and short on the law.

There are two initial points we can agree on. Mr Slater has been the victim of a crime, in that his computer system was accessed unlawfully and information was taken from it.

Second, that material has been used by Mr Hager to write a book, Dirty Politics.

Do those two facts then mean that, as Mr Lapsley alleges, Mr Hager is a ''fence who received ... stolen goods, [and] has on-sold them to all of us''?

In law, emails and other electronic messages are not ''goods''.

It is not a crime to receive them from the person who unlawfully obtained them, nor to use them to write a book.

Of course, Mr Lapsley's point may have been a purely rhetorical one about the ethics of Mr Hager's actions.

I will get to that issue in time.

But for now, any implication that Mr Hager has committed a crime is plain wrong.

There are then other legal issues to consider.

Mr Slater, as well as the others whose private messages are revealed in the book, may sue Mr Hager for breach of confidence.

Or, they may sue Mr Hager in a court for breach of privacy.

Or, they may take a complaint to the Privacy Commissioner (as, indeed, Mr Slater already has).

Each of these legal avenues provides a potential remedy to anyone who has had their privacy invaded.

However, the ultimate success of all three actions essentially turns on the same question.

Is there a sufficient public interest in publishing the material to justify quite grave intrusions into the privacy of those whose communications were revealed?

I would suggest that there is a strong case for answering ''yes'' to this question.

Mr Hager limited his use of stolen material in the book to those communications that related to matters of public policy or governmental processes.

His was not a book written to titillate or to entertain.

It also is hard to dismiss the book's revelations as unimportant or trivial.

It has resulted in the Inspector-general of Intelligence and Security launching an investigation into the actions of the SIS and the Prime Minister's Office.

It caused the Prime Minister to first label his Minister of Justice as ''unwise'', and when further allegations were laid against her, invite her to submit her resignation.

That is without considering the widely expressed public response of alarm at the ''attack politics'' detailed in the book.

That alarm, for instance, led more than 200 people to pay $15 each to hear Mr Hager speak here in Dunedin last Friday night.

So in terms of the law, there is a quite compelling case to be made that the ''public good'' done by Mr Hager's book outweighs the ''private harms'' done to those whose secrets were revealed in it.

It seems likely, however, that despite writing his column in the form of a legal submission, Mr Lapsley is not really concerned with matters of law at all.

Instead, he thinks that it was ethically wrong of Mr Hager to publish his book in the way that he did.

That is a question for real debate.

Mr Hager spends much of the preface of his book addressing it.

You can read what he says online at http://dirtypoliticsnz.com/about/ and judge for yourself whether he made the right decision.

All I will say on the matter is that there are no easy answers to it.

Of course it is worrying that Mr Slater was the target of criminal activity.

And if computer hacking in search of information on opponents were to become a regular feature of our political system, that would be a very bad thing.

Nevertheless, almost every ''leak'' involves some sort of criminal, or at least unlawful, activity.

At the very least, a public servant who tips off a journalist to some embarrassing or wrongful governmental behaviour acts in breach of his or her duties under the State Sector Act.

Yet, we accept that the fruits of such unlawful actions are a necessary, even desirable, part of our public discourse.

That is because, as Lord Northcliff once said; ''News is what somebody somewhere wants to suppress; all the rest is advertising.''

And whatever hesitations you may have about how Mr Hager wrote his book, you have to admit that it has taught us something important about how our world, and our political process in particular, is working.

Or, rather, not working.

• Dr Geddis is a law professor at the University of Otago. His research interests include election law, constitutional theory, rights law and contract law.