Relying on Band-Aids when a cure is required 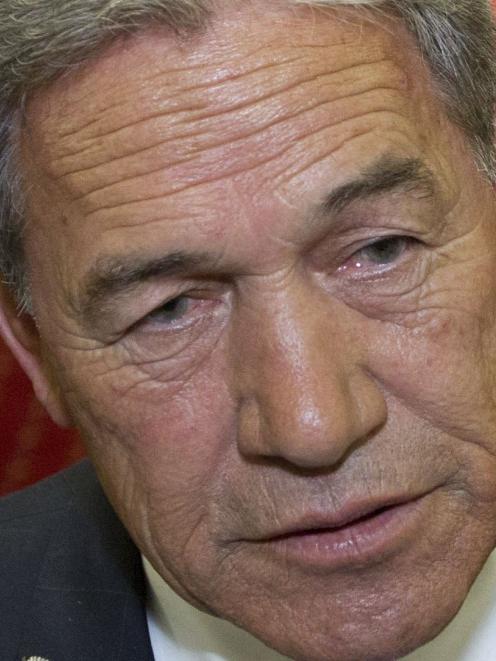 Mr Peters and his ageing cohort will not be pleased if/when the Reserve Bank (RBNZ) cuts its official cash rate (OCR) again next week and later cuts again and, if offshore and onshore trends persist, again. That's the inflation-targeting scripture and Graeme Wheeler is a priest.

Well it might. Big-country central banks have whipped up a turbulent ocean on which Mr Wheeler's bank is a Ping-Pong ball. About $US12trillion ($NZ17trillion) of German and other government bonds have negative yields because five northern hemisphere central banks have taken their official rates below zero and three have printed mind-boggling amounts of money.

The theory of ever-lower interest rates is that at some point firms will borrow to invest and hire, prices will lift a bit and we will be better off. But northern hemisphere investment has been anaemic or patchy. Much of the central banks' largesse has gone into financial assets and made the wealthy wealthier.

One effect, still largely out of direct view, is damage to many government and private pension funds, some of it serious. Pensioners already dependent on those funds and 55 to 65-year-olds who will depend on them face an income cut or worse.

Here, too, if trends don't change.

So what? Baby-boomers have had it pretty good, at the expense of the Ys, Xs and millennials. Time to share some pain?

Moreover, for debtors, particularly those with mortgages, low interest rates are great, as John Key and Bill English frequently glow. The pension funds worry is a fourth- or fifth-term issue, not a third-term one. (As are the national superannuation qualifying age and adapting to climate change.)

But those priced out of the sky-high house market are not glowing. Nor is the RBNZ, which has trudged farther into unconventional territory to check speculation and last week began getting support from worried trading banks. (Crocodile tears?)

The risk is a damaging ``correction'' to house prices, as economist Arthur Grimes and former RBNZ governor Don Brash have spelt out. Mr Wheeler was in the United States when the median house sale price there dropped 31% between August 2007 and February 2012 on the Zillow home value index.

At a broader level, this economic imbalance reflects the inequalities in our and other advanced-economy societies which globalisation embedded, with deepening social effects.

The political run-off is now obvious in Europe and the United States. The ``elites'' are waking up to it.

After Brexit, The Economist, free-market champion since 1843, declared that since 1990 ``the majority has prospered, but plenty of voters feel as if they have been left behind''. The Economist itself and ``technocrats'' ``have made mistakes and ordinary people paid the price''. ``Their anger is justified.'' ``Rather than spread the benefits of globalisation, politicians have focused elsewhere.''

The Financial Times' Martin Wolf: ``If governing elites continue to fail to offer convincing cures, they might soon be swept away and, with them, the effort to marry democratic self-government with an open and co-operative world order.''

On cue, Britain's stopgap Conservative Prime Minister, Theresa May directed much of her acceptance speech at the ``young'' and ``working class'' and said she would ``be driven, not by the interests of the privileged few but by yours''.

``When it comes to taxes we will prioritise not the wealthy, but you. When it comes to opportunity, we will do everything we can to help anybody, whatever your background, to go as far as your talent will take you.''

Messrs Key and English would say they have been doing that in education and social assistance and to some extent they have. But they stay generally aligned to the economic orthodoxy the BIS, The Economist, Mr Wolf, Mrs May and a growing list of conservatives or centrists say needs adjusting.

A moderate conservative - Mr English is one, with a social conscience - usually seeks a future of social harmony. That needs body-building nurturing of those left out, not Band-Aids, antibiotics or sleeping pills.

Mr English's social investment model so far is more Band-Aid than nurture, focused on treating the ``most vulnerable'', not building the middle Mrs May and others worry about. (More next week on that.)

So far, there is little evidence of a Brexit/Trump outbreak here. But inoculation against an outbreak might need major adjustments to the orthodoxy. Labour is groping towards that, with the Greens. National has yet to.

-Colin James is a leading social and political commentator.