On right track for trains 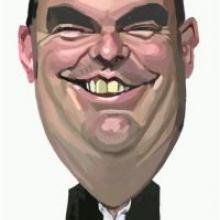 Steven Joyce
Phil Goff's emotional approach to KiwiRail does not change the facts - the Crown owns a struggling business and needs to make some tough calls, on behalf of the public, to turn KiwiRail around, writes Steven Joyce.

It is all very well for Phil Goff to make an emotional argument for Auckland's new trains to be built at Dunedin's Hillside workshop but this is precisely the kind of "do it at any cost" mindset that got us into the difficult position we now find ourselves in with regard to KiwiRail and the Government's books more generally.

During its last year in office, the Labour government spent around a billion dollars on KiwiRail - an investment that is now valued at just $388 million. The government had no sensible understanding of what it was worth; it just liked the idea.

As a result, more than $600 million of taxpayers money has gone west and there is no realistic chance of getting it back. And that sort of waste costs jobs.

The current Government, on behalf of taxpayers, has been picking up the pieces. For the past several months, KiwiRail has been working on a turnaround plan which has been reviewed at great depth by experts from inside and outside government.

The plan aims to see the KiwiRail Group become, within 10 years, a sustainable freight-based business that is able to fund its ongoing expenses and investments from customer-generated revenue.

Getting to that point will be a massive job and for it to be successful we need to give the company the room to make sensible business decisions. If we keep saddling them with extra political considerations, then we will make it pretty much impossible.

Which brings us to the Auckland trains and the Berl report about building them here.

I have read the Berl report in full. Unfortunately, there are some highly questionable assumptions that significantly undermine its conclusions.

Further, I understand the report relies for its cost on New Zealand trains that are less powerful, shorter in length and with lower specification brake systems than will be needed on the Auckland tender. That understates the cost; and also understates the cost of tooling up the workshops.

Third, the report argues that Asian manufacturers don't have the track record to sell trains successfully internationally; and then a few pages later suggests that New Zealand could become a successful exporter off the back of one domestic contract which is very small in world terms.

Fourth, it provides no assessment of the commercial risk of building the trains in New Zealand from scratch when it has never been done before.

Beyond the Berl report, there are two other indicators that help you assess whether the idea would work.

First, KiwiRail has decided it won't tender for this work. That's its decision, and it know the numbers better than anyone else. It is under no pressure at all from the Government beyond making a sensible decision that provides the best value for money.

Second, in government only a short time ago Labour, with most of the same politicians as are on its front bench today, provided funding for Wellington to buy 48 trains to be built in Korea. No suggestion then that it would build them here. That's a classic case of "do as I say, not as I do".

Everybody tells me that the men and women at Hillside do a fantastic job, and they are one of the best heavy engineering workshops in the country. I know they are doing a great job for KiwiRail right now rebuilding carriages and rolling stock, and building new carriages.

And I personally am a great believer in the power of Kiwi ingenuity. Given a reasonable opportunity, I'd back the Kiwi every time.

But just because we are world-beaters at rugby, doesn't mean we are automatically world beaters in American football. Americans have been playing it longer and have much greater player numbers. It's the same in industries - we need to understand our strengths.

And I understand that KiwiRail will be making it clear to all prospective tenderers that we have very sound workshop capability here in New Zealand, in terms of both maintenance and assembly, available for their use.

But if we are to turn rail around, and make it a successful contributor to the Kiwi growth story and the jobs that will provide, then we have to keep the politics out of it and allow the company to make sensible, realistic decisions. That's what I'm arguing for all of us to do.

- Steven Joyce is Minister of Transport.