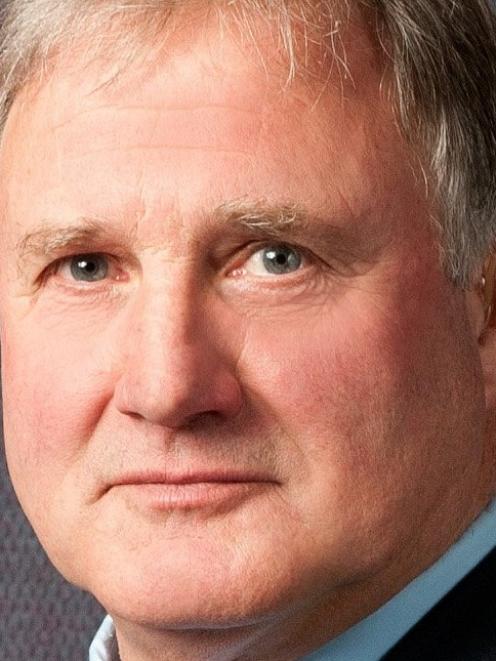 On Wednesday, February 12, 2014, Otago Regional Council chairman Stephen Woodhead announced (after a vote 9-2 that councillors could not debate gas and oil exploration) the death of representative democracy at the council.

It is now a heroic assumption that local Government is all about local representatives speaking out on local issues to better enhance the lives of those who live and work in Otago. The exploration off the Otago coast is one such issue.

The Otago Regional Council has no jurisdiction unless and until gas and oil comes ashore, assuming either is found in commercial quantities.

There is a now an official but spurious view that because of Resource Management Act responsibilities, council must never express a view on anything that may, just may, come before councillors some time in the future, such as mineral exploration.

The council recently spent $1 million on land-based mineral exploration, so how is that acceptable if and when a consenting issue process comes before the council for consideration?

The use of independent commissioners offers the public confidence in the consent hearing process and gives much more by way of checks and balances during the process and allows councillors to fulfil their proper function of representation through full debate.

There is a strong argument councils at present ignore the fundamental requirement of common law - being that nobody can sit in judgement in their own cause.

Local Government in NZ has a form of representative democracy which, as the title suggests, is where the citizens of the region effectively delegate their power and authority at election time to people they think will best represent their views through reasoned debate around a council table.

The trade-off, of course, is for the debate to be actually held and reported, and accurately dispensed through the local media - even, on rare occasions, through national media.

The integrity of this process is determined not by the probity of individual councillors but by whether the public has faith in the process they see unfolding through reports in the media.

How is that now possible when councillors are to be precluded from debate due to the artificial allegation of ''predetermination''?

Every councillor is ''guilty'' of predetermination at election time, when candidates commit to stand on certain issues such as economic growth, clean air and rivers, nil rate increases etc.

That cannot mean that councils are now to preclude all public debate from a council table if the issue is one of strong public interest such as exploration for gas and oil.

The Otago region has lost by default in the past due in large measure to the silence from elected representatives. Project Aqua and Project Hayes attracted little or no counter arguments from the regions' councils, which surely had opinions one way or the other.

It is because of the failure of the Otago Regional council to address this very issue that I can now only repeat the famous headline of Emile Zola ... J'accuse.