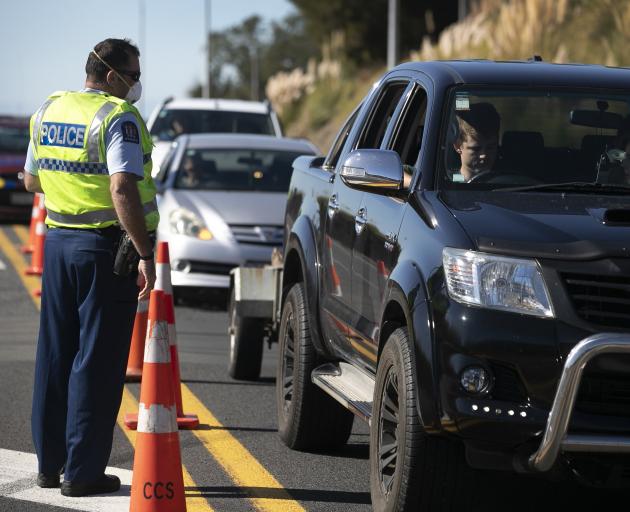 Police have been asked to set up roadblocks as part of the Level 3 restrictions. PHOTO: THE NEW ZEALAND HERALD
The New Zealand Government must be clearer about dealing with Covid-19 rule-breakers, writes Alexander Gillespie.

New Zealand’s Covid-19 response might be the envy of the world, but that has not stopped New Zealanders themselves getting angry about it this week.

There appeared to have been breaches of isolation orders by people linked to the Papatoetoe cluster that sent Auckland into Alert Level 3 last weekend.

It subsequently emerged that confused messaging and contradictory advice might have been responsible. The official Unite against Covid-19 website appeared to contradict the Prime Minister’s claims that a KFC worker had broken the rules and failed to isolate.

Public health and political considerations collided and 1.5million Aucklanders were left wondering precisely what happened that caused them to be locked down again.

This latest controversy is part of a wider fraying of trust as a few push back against the rules, including an Australian woman in managed isolation refusing a Covid-19 test and ongoing problems with mask wearing and tracer app scanning.

From May to September last year, with the Covid-19 Public Health Response Act in force, some 1000 people were charged with breaches of the law, with 159 convictions.

As well as that piece of law, the Health Act, the Epidemic Preparedness Act and the Civil Defence and Emergency Act are all relevant to New Zealand’s pandemic response. Even the Crimes Act could be used in cases of criminal nuisance or when people knowingly endanger the lives, safety or health of the public or an individual.

Simply put, there is no shortage of law. There may, however, be a shortage of order. The Government needs to accept responsibility for this, as it has made two mistakes.

"Calling out" rule-breakers is not enough

Firstly, New Zealanders have been urged to call out rule-breakers without this being an explicit instruction to tell the authorities.

If there is no shared bridge of reason and respect, this kind of message from those in power can backfire. Situations involving individuals and crowds, armed with a sense of self-importance or a belief they should enforce the rules, can become dangerous.

At a time when tension is already elevated in the community, what might start with the best of intentions can end up with undesirable and disproportionate outcomes. From confrontations over mask wearing to social media pile-ons over what someone may or may not have said or done, the risks are high.

Prime Minister Jacinda Ardern has consistently emphasised the importance of kindness and would not condone anything dangerous or distasteful. But simultaneously encouraging the public to confront rule-breakers while not requiring them to involve the authorities is problematic. 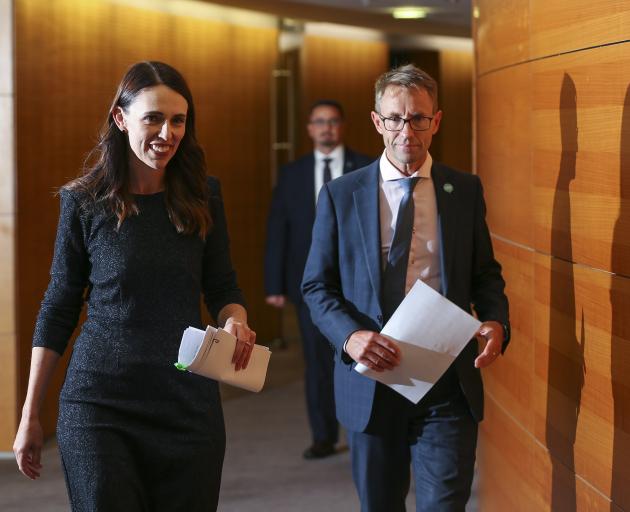 Prime Minister Jacinda Ardern and director-general of health Dr Ashley Bloomfield arrive at a press conference at Parliament last month. PHOTO: GETTY IMAGES.
To safely harness public sentiment to ensure compliance with the rules, any such messages must be tethered to encouraging people to contact the correct authorities and to work through specific channels.

This largely occurred during the main Level 4 lockdown last year. A website was even set up to report price-gouging.

Increasing the awareness, utilisation and resourcing of the existing and specific Covid-19 compliance portal would go a long way in harnessing the knowledge and concerns of the public — and help unclog the 105 non-emergency line police use.

Who makes the decision to prosecute?

The second mistake the Government made lies in the notion that decisions about prosecution might rest with director-general of health Dr Ashley Bloomfield.

His stated reluctance to refer self-isolation breaches to the police is a problem, even if legally correct. While his reasoning — that it could deter people from coming forward in the first place — is sound, the opposite could also be argued. If people think there are no consequences for wrongful behaviour, they may not behave.

The problem here is not which side of that debate is right or wrong. It is about who makes that decision. If the law has been broken, it should be police, the judiciary and the legal system that deal with those questions.

If there is evidence that laws have been broken, especially when public health and safety are concerned, there should be no discretion over whether that information is handed to the correct authorities for them to deal with.

There are two reasons this is important. First, the mechanisms around law and order are designed to be independent from political processes. Second, they have been built over hundreds of years of legal precedent and are robust.

Police operate in accordance with strict principles that govern their mandate. Similarly, the prosecution services operate within sets of guidelines and rules, taking into account the chances of conviction and the public interest.

If necessary, in certain circumstances, even the attorney-general can step in and direct a stay of proceedings.

If and when sentencing takes place, considerations of purpose and principle must be taken into account to ensure justice is done — both for society and the person who broke the law.

We should beware of employing untethered public anger or suspicion as a compliance tool. The existing system, anchored within our free democracy, works very well. We should empower it and let the correct authorities do their jobs. — theconversation.com