Scientific genius not a solo effort 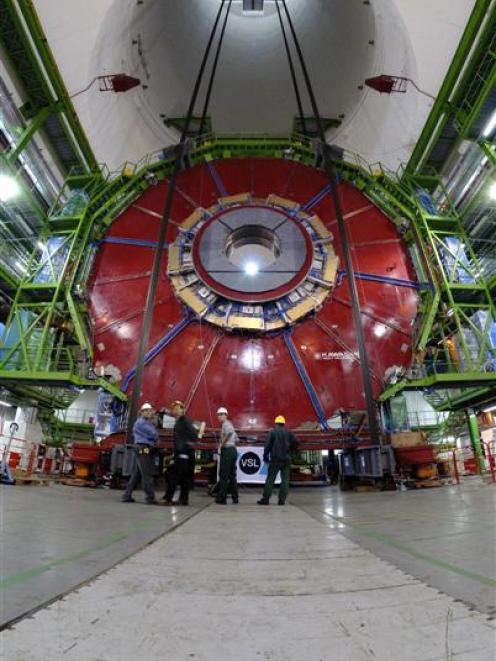 The Large Hadron Collider is an example of a collaborative effort and scientific advance on a giant scale. Photo supplied.
Future discoveries are more likely to be made by scientists sharing ideas than a lone genius, writes Athene Donald, for The Observer.

It's a brave man who claims ''genius in science has become extinct''. But that's exactly what psychologist Dean Keith Simonton declared in a recent issue of Nature magazine.

By this, he meant that neither the creation of a totally new discipline nor a revolution in scientific thought was likely to be forthcoming as the result of the work of a future lone heroic genius.

If such radical developments were to occur, they would emerge from the work of large teams, he argued. Thus the world was unlikely to produce a further Newton, Einstein or Darwin and he saw this as a tragic failing.

I tend to agree with his analysis of how discoveries will be made, with the possible exception of purely theoretical challenges: think of Andrew Wiles and his proof of Fermat's last theorem as one exception that proves the rule.

But for experimental sciences, a lone researcher transforming the world is harder to imagine. No individual can sit down at a bench and nail down the existence of the Higgs boson; the Large Hadron Collider is needed with its concomitant community of researchers.

Even the theory predicting the existence of the Higgs boson was not done solely by Peter Higgs. Although his alone was the name attached to the putative particle, several others had similar ideas at around the same time.

But does this matter? I don't think it does. The heroic genius was always something of a myth, convenient shorthand to make it easier to make a narrative out of the act of discovery; an exciting tale, but not a very accurate depiction of how science and scientists operate.

Newton wrote: ''If I have seen a little further it is by standing on the shoulders of giants'', recognising that his discoveries did not come about in isolation. Why should discovery need to be the work of a single mind to make it exciting?

It will be just as important whether it is the product of one brain or one thousand.

Concentrating on the brilliance of an individual is to falsify the nature of most scientific research and mislead the aspiring scientist as to how discoveries are usually made.

Why should it be attractive to the young to believe they need to be solitary workers - the white-coated, wild-haired boffin of too many films - if they are to succeed?

Some scientists might fit that picture, but far fewer than you'd believe from their media portrayals and it's an image likely to be off-putting to many.

Science progresses because people become expert in what is already known and then debate, argue, try something out and then something else when the first doesn't fit.

It progresses because people rejector refine hypotheses as they learn about colleagues' and rivals' work and because people both share ideas and compete. Out of such endeavours novel ideas emerge and new fields develop.

Perhaps there will be more geniuses in the future, perhaps not. Science will always attract people with astonishing minds. But these will never be as important as the broader social structures of science, let alone as important as they think they are.

Fundamentally, what matters is that, as a society, we continue to push at the boundaries of scientific knowledge in whatever way is appropriate for the challenge in hand. - Guardian News & Media

Athene Donald is professor of experimental physics at the University of Cambridge.