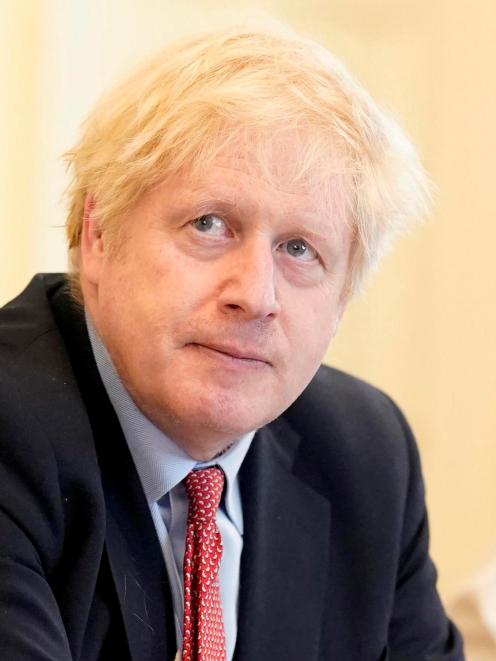 If the struggle against the pandemic resembles a war, as Boris Johnson believes, then it’s pretty clear who is losing. By any pertinent measure, including the most damning one — the number of excess deaths compared with last year — Britain is being outdone by countries across Europe, most notably Germany. Johnson dislikes international comparisons. It’s shamefully obvious why. Britain is not second-rate. He is.

Late into lockdown, late on PPE, late on testing, test and trace, late on halting the avoidable rest-homes catastrophe and late on the reopening of schools, Johnson’s Government now lags behind in launching an economic stimulus package to mitigate the potentially disastrous long-term effects of the virus. A recent report by the Organisation for Economic Co-operation and Development shows just how urgent the need is.

Britain’s economy is likely to suffer the worst damage of any country in the developed world, with a projected 2020 fall in national income of 11.5% amid unbudgeted, virus-related costs of £133billion ($NZ254billion). Germany’s shortfall in contrast would be 6.6%, the OECD predicted. This is not happening because Britain is unlucky. It’s happening because of its relative failure to suppress the virus and the resulting, ongoing restrictions on economic activity.

The comparative slowness of Britain’s recovery stems from this continuing inability to safely reboot key sectors such as services — hospitality, shops, restaurants and pubs. Dithering over the arbitrary ‘‘2m rule’’ is one example of how the Government makes matters worse. Another is the delay to the promised stimulus package and Johnson’s elusive economic recovery Bill, now expected by the northern hemisphere autumn.

It should be plain to even the meanest ministerial intelligence Britain is in the process of swapping a health emergency for an economic and social emergency. This nightmare is underscored daily by pre-emptive and, in some cases, opportunistic job cuts by companies ranging from Rolls-Royce and Centrica to British Airways and other carmakers. Tourism’s revival has been needlessly handicapped by Priti Patel’s mishandled border quarantine.

The ongoing damage to public finances, and thus to public services, manufacturing, retail and jobs, is alarming and possibly irreparable. It follows that every means must be employed to address it, which is why Johnson, instead of getting shirty over unfavourable comparisons, should look to Europe.

In fact, the prime minister is doing the exact opposite. Rather than learn by example, and profit by collaboration, he turns Britain’s back. While the prime minister was focused on reopening zoos, Angela Merkel, Germany’s chancellor, was implementing a £116billion domestic stimulus package to invest in 50 growth-promoting projects. That’s in addition to earlier huge relief measures.

EU countries together will soon benefit from £500billion in non-repayable grants that Merkel and Emmanuel Macron, the French president, have agreed are necessary to restore economic health and make up for a lack of solidarity early on in the pandemic. The European Central Bank has also increased lending to states and banks. The 27 EU members expect to lift all internal border controls by month’s end, another big boost for business, trade and holidays.

Where is Britain as our neighbours’ recovery quickens? Out in the cold, unable to take advantage of these sensible, collective measures.

Dogmatic, intransigent and reckless to the last, Johnson’s Government is still insisting instead that the Brexit transition period, without which Britain might have faced food shortages at the height of the pandemic, will end on December 31. It claims to serve the will of the people. In truth, it is sheer wilfulness.

Yet another left-wing Guardian article, as always. The writer seems to admire Merkel and Macron; should Britain vote in their left-wing equivalent--Labour?