Silence on Invermay will not do 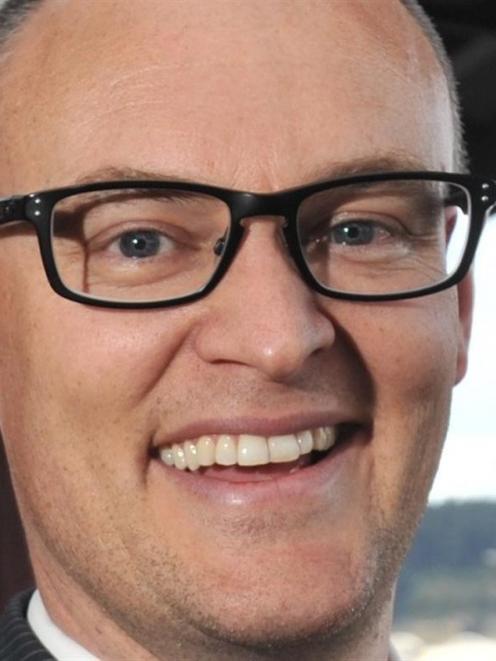 David Clark.
Are we too stoic for our own good, asks Dunedin North MP David Clark.

No-one likes carping and whining but the opposite characteristic, of being too nice and too stoic, has its own shortcomings.

If the squeaky wheel gets the oil then suffering in silence may not be smart.

Yet, it is not in our southern nature to make a fuss.

We prefer to take the good with the bad and remain self-reliant.

Other parts of New Zealand are not so backward in coming forward.

Auckland is the classic example, with its seemingly endless wish-list of new roads, rail services, innovation hubs and more.

Auckland's needs are real and urgent.

But the taxpayer is always and everywhere handing out large wads of cash, even for things people in this part of the country believe should be locally funded, such as developments on the waterfront.

It was actually supported by Aucklanders because it made things happen sooner.

Astonishingly it was overturned by this Government.

Auckland is not the only case in point.

Wellington has hassled for a large road called Transmission Gully for decades and now seems to have its wish; Hamilton and Tauranga are growing quite quickly and have their own infrastructure needs that cannot sensibly be denied them.

And of course the Christchurch rebuild is very properly a dominant feature of government largesse, though it is hard to understand the emphasis on, say, a covered stadium when folk are still homeless.

Dunedin has no such need for a large capital programme.

Our population growth is modest and we enjoy a wonderful built environment.

That said, our lovely old public buildings need to be maintained and a refurbished public hospital is now overdue.

Which brings me to Invermay.

The campus is far too big to house just the 30 or so staff that will remain.

Of course the waste is far greater than the closure of the buildings, it is the loss of the scientists within.

Most of their jobs are to be relocated to Lincoln.

The scientists will either follow their jobs or resign them.

Either way, an innovation hub comprising Invermay, Otago University and a clutch of private sector businesses that has advanced animal genetics remarkably in the past 30 or so years will be destroyed.

This is plain nonsense and the local response has been swift, strong and sustained.

One local leader after another has highlighted the benefit to New Zealand of this innovation hub and pleaded or demanded a rethink.

They say, correctly, that to damage this hub is not in New Zealand's interests.

But I am starting to wonder why we nicely and stoically place all of our emphasis on ''New Zealand's interests'' or ''benefit to New Zealand''.

What about benefit to Dunedin or Otago or the South?

We seek no large infrastructure cheque.

Unlike other centres we have no great demands, real or contrived.

Our strongest wish is to be left alone.

And that costs the Government precisely nothing.

If our southern self-reliance is to succeed, we need to see off those who would take away our existing infrastructure.

We need to deal as determinedly to those who would destroy Invermay as we have to those who blithely thought they could shift neurosurgery out of town.

That, too, was an idiotic idea that we, all of us, stopped in its tracks.

Then as now the ODT has played its part.

The ODT has treated Invermay as both a national issue and a local one.

It has argued the national interest strongly.

But not exclusively; they have also been unashamedly parochial while others, perhaps me included, have hung back from advancing an argument based on local interest.

Dunedin's Economic Strategy matters in this regard.

Launched by Economic Development Minster Steven Joyce last year, it is an important document that rightly begs action from our city.

It has many threads, ranging from a changed local government approach to business development through to securing more advantage from our sister city relationship with Shanghai.

But at its heart the document is about science and innovation.

That's no surprise, given the importance of the university, as well as the polytechnic and Invermay.

Our future will be determined increasingly by businesses that innovate or help others to.

Invermay's contribution to that document was telling; they argued their campus and environs ought to be developed into an innovative business park.

It was thinking like this that presumably led Minister Joyce to make his very supportive remarks at the launch.

But within months, that thread of our local strategy came under serious threat by the very people who had just championed it.

It simply is not in the national interest.

But neither is it in Dunedin's interest, nor Otago's interest nor the interests of the South, as a whole.