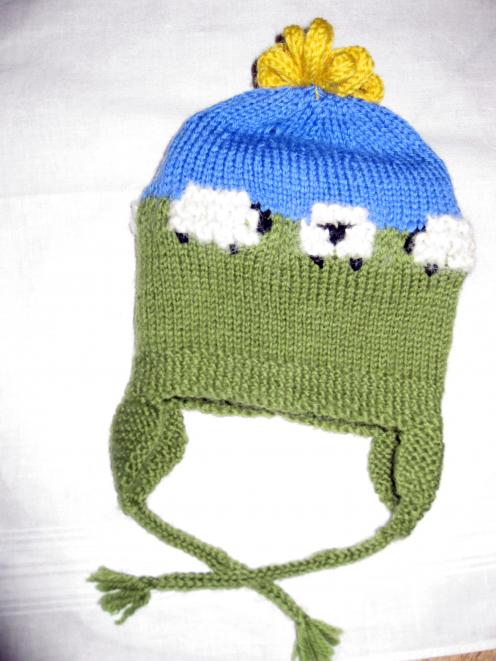 Hmmmm. I’m not sure honesty’s very plentiful in election year either, despite politicians of various stripes trying to pretend they are not out to hoodwink us with their silly social media ads.

Thankfully, I am not involved in the election, or social media. I have more important matters to attend to. This weekend is the 100th Murchison A&P Show and, without naming names, some of us wannabe prizewinners have been behaving as badly as the politicians.

A year ago, I was talking big about my show campaign. To hear me then, you would have wondered if we would need to import extra sheep to shear for my knitting entries, and whether the Toyota Corolla would be so laden with cookery and preserves the boot would be scraping the ground before it got out of my driveway.

Somehow, over 12 months, life intervened, and at the last minute I have been scrambling to finish two knitting entries (a novelty baby hat and a pair of bootees) and nine other food and beverage entries ( is it worrying four of them are in the afternoon tipple class?).

I thought the hat, depicting sheep grazing underneath a blue sky and a sun would be suitably agricultural and even pastoral. What I had not realised is that some artistic ability was required to ensure the fuzzy blobs dotted about the hat were transformed into beings recognisable as sheep.

Even the plain knitting on it looks uneven. Was fashioning an i-cord pom-pommy thing on top to resemble (I use the word loosely) the sun, a wise move? I can hear the judges’ comments now. ‘‘Interesting idea, but not well executed and too untidy inside’’.

The bootees are still a work in progress.

On the cooking front, this year I and the two Murchison-dwelling sisters decided we would compete against each other in the baking challenge again, a class where contestants must use the same recipe provided by the show organisers.

This year it is a ginger cake. The rule we have imposed on ourselves so none of us has an advantage is that we each have only one attempt at the recipe and then freeze whatever results, thawing it before show day. The Earthquake Baby was first out of the blocks on this, triumphant because she found the required size round tin (20cm diameter) in a cupboard. Triumph turned to tragedy when she discovered the tin was not sealed and leaking mixture. This moved her to text a very unladylike statement about the tin which would have shocked our A&P foremothers.

She was reasonably happy with the result, apart from a crack or two on top. When she sent me a photo of the cake, I noticed it had a wrinkly middle (well, don’t we all?). The Cookery Queen, who usually wins the show trophy for cooking, and knows a thing or two about the subject, reckons the wrinkles could mean the centre’s uncooked.

She was unmoved by the EB’s plaintive cry about her probe coming out clean. It was not the time to cruelly remind the EB she had form in this regard, namely a surprise stodgy centre in a previous loaf challenge.

I haven’t photographed mine. It’s also cracked and has a hole made by me during an ACC- claim-waiting-to-happen moment. The oven rack tipped as I was removing the cake and I tried to save it without burning myself by jabbing a finger into it.

I later discovered the cake’s bottom features an unhealthy dark tan (I hesitate to call it burnt). If I was inclined to cheat (heaven forbid) I would grate it off once it was frozen.

An overwrought EB, concerned none of us have a decent entry (but not letting that stop her from her perennial accusation the QC may be cheating with self-raising flour) shared an elaborate fantasy about us swapping our entry numbers with better-looking offerings on the day. Quite how we could do this without anyone noticing, was beyond me.

Generously, I decided not to alert the authorities to her possible nefarious behaviour, deciding she must have been affected by paint fumes (she has been painting her house), her keto diet, or both.

All three of us have produced cakes with cracks on top. The QC’s diagnosis is that the recipe could have done with more flour. But could it be they are not just cracked cakes, but cakes trendily imitating life, reflecting Murchison’s earthquake-prone history? If I were a social media guru making political ads, I am sure I could convince the judges of that. Since I’m not, I’m throwing in the tea-towel.