I've had an eventful week. A couple of months ago, I was called up for jury service. I looked at my calendar and tried to find a way out but decided that I couldn't justify delaying my civic duty.

I haven't spent much time inside courtrooms and in the end, my name didn't get called for service, so I only had about 90 minutes to ponder the weirdly archaic proceedings before I was back to normal life - or so I thought.

That night, my son had his jaw fractured in a hockey game and I was sucked into two days in hospital trying to understand the maze of admissions, surgical procedures, the meaning of the different coloured uniforms and the timing of ward rounds - my son is fine now although enduring six weeks of pureed food and inactivity.

The week got me thinking about workplaces and communities.

The courtroom felt like the last bastion of colonial English rule, the hospital, a strangely efficient machine despite the chaos, where everybody seemed to understand their place in a bizarre hierarchy of coloured uniforms and swooshing ward rounds.

We got through the week and normal life has been restored. In parallel, the courtroom continues to churn, as does the hospital, one trying to maintain society's standards, the other saving lives, knitting bones and still finding the time for caring smiles, despite being under constant time and resource pressure.

As I reflect on my week, I am thankful to our small Dunedin community. The hockey and school communities reached out to us and those seemingly small interactions meant a lot. There is more to this story though, the greatest excitement was still to come. For a lot of winter sports, it was finals weekend and despite being of a ''more mature'' age, I still wield a hockey stick every Sunday as part of the almighty (in our minds) West Taieri ladies B team.

After a tightly contested semifinal last weekend, we were due to play The Evergreens, in the final of the much sought-after division 3 women's hockey trophy. Not the Olympics I know, but I dutifully carbo loaded on Saturday night (wine and chips in front of the rugby) and spent the morning in anticipation of our battle ahead.

And a battle it was, many of us on the field have played for ''quite a few'' years but mentally, we were 18 again and the trophy was hotly contested. Sadly, this year it wasn't to be for the West Taieri ladies B team. We stoically shook the hands of The Evergreens and still managed to sing and drink champagne in the dressing room post-match.

I tell you the story of my hockey final, not only to share this very important sporting event (which sadly the ODT has failed to report), but so that I could work in the prizegiving speech given by the Otago Hockey president, John Daniel.

It was a speech which seemed to sum up my week and my pride in being part of the Otago community, in the many forms it takes. John spoke of wanting Otago Hockey to be a sport for all, inclusive of genders, all socioeconomic groups, all ages and families. A community which is always welcoming. In my mind, those sports and clubs which embrace inclusivity like this, will be the ones that survive and prosper.

As a parent of teenagers, I am frightened by what our children face in terms of isolation, social media and disconnection. As someone who is too busy in life, I am terrified of losing connection and not being able to reach out to those I care about because I have just missed stuff.

As a community member, I am saddened by the increasing number of people I see sleeping on our streets and clearly suffering. If I can take anything from my week, it is this: small things go a long way in helping people feel connected and part of a community.

It is not up to governments and councils to keep us connected, it's up to us, despite all we have on, to stay involved in sports, clubs or churches and ensure our children do, too - not to be the next Richie McCaw, simply to belong. 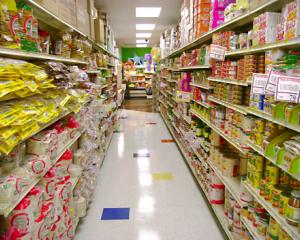