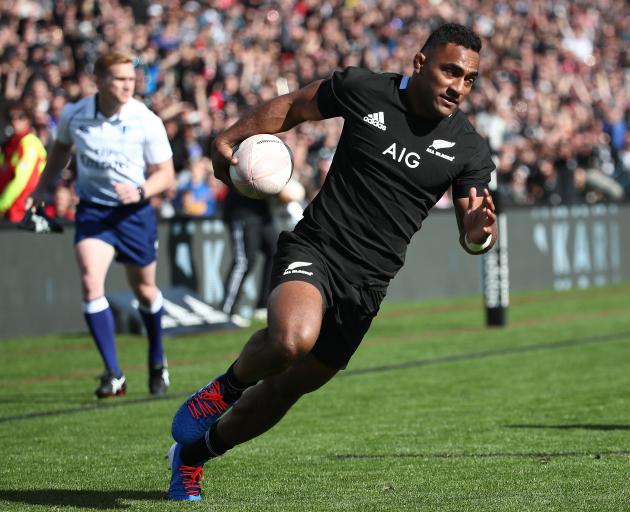 The All Blacks unite New Zealanders emotionally in a way nothing else does. PHOTO: GETTY IMAGES
Rugby is often called "the New Zealand religion". Ian Harris asks: How well does it stack up?

It was fascinating to see the nation plunge into shock and disbelief when Australia's Wallabies smote the All Blacks 47-23 last month in Perth. With the Rugby World Cup looming, did this portend the end of civilisation as we know it?

Then the All Blacks rekindled faith and hope with a 36-0 drubbing of the Wallabies in Auckland. The nation heaved a sigh of relief. Justice, dignity and the natural order of the universe were restored. At least for now.

Tune in to talkback radio, tot up the column centimetres in newspapers, recall the morning-after conversations in workplaces and you'll know that rugby really matters. It unites New Zealanders emotionally in a way nothing else does - not politics, not the arts, not other sports, certainly not religion.

One reason has to be that top rugby reflects the egalitarian ideal that bubbles in the national psyche. Players are there on merit, whether they are Pakeha, Maori or Pasifika, politically left, right or middling, atheist, Christian or Muslim, from city, town or country, all ready to run, crunch, tackle or maul together for the highest of sporting goals: winning.

Long before the major team codes existed, the Christian Church was the great symbol and embodiment of unity in European society. Later, nation-based churches were enlisted to bless their respective states in a symbiotic unity of the spiritual and temporal realms.

Then over centuries the spiritual arm lost influence and the temporal became supreme, leaving a vacuum where Christian faith had once been.

Does rugby, ``the New Zealand religion'', now fill that space? Can it?

At one level there are rough-and-ready parallels, not least the power of test rugby to bind New Zealanders in a sense of shared identity and common purpose. This reflects one aspect of religion: the Latin religare means to bind together, and that traditionally is what religion has done. Another aspect is trust, and the faithful trust the All Blacks not only to beat the opposition but do it with flair, and preferably every time.

New Zealand rugby has built its own traditions, an essential part of which is the lofty ritual performed by the priesthood of administrators, coaches, players, commentators and devotees for every high occasion.

It moves in solemn progression from team selection, announcement and pre-match soothsaying to the congregating of the devout at one of the great cathedrals of sport. There patriotic hearts are stirred through mass singing of the national hymn and cheering of the haka. The high point is the game itself, with the eyes of the nation fixed on every triumph, every blunder, followed by an interminable postlude as devotees dissect what went right, what went wrong.

Religious echoes don't end there. There are ``icons'' in the rugby pantheon, votive offerings to gain entry to matches and buy souvenir tokens, a growing library of devotional literature as players recount their stories and histories are chronicled, even pilgrimages to great festivals such as that beginning in Japan next week. That's impressive.

Good religion, however, offers a breadth and depth of experience that rugby could never match. It shares the sporting aspiration to excel, but its excelling is of a different order: religion is framed by an architecture of meaning that touches every aspect of life.

It provides a sense of personal identity within an awareness of a greater whole. Faith is central - not faith in the sense of believing blindly, which is a caricature, but as a positive orientation to life and its possibilities for good. It is a turangawaewae, a standing place for the feet. It is enriched by insights and traditions that are as old as human experience. It expresses what is of ultimate worth to its followers, which is usually more than the result of the latest rugby match. Explored and shared with others, it helps meet the human need for belonging. It holds together in a single frame all that its people value most in body, mind and their sense of the spiritual. It opens up vistas of hope.

Its sign and seal is love, the steady direction of the will towards the lasting good of another.

Rightly embraced and rightly applied, religion of this kind could do much to enhance community wellbeing, reverse the growing crisis in mental health, reduce crime and foster wholesome human values.

That won't happen, of course: too many New Zealanders are suspicious of anything religious, and too many religious institutions have failed to adapt to the new secular era.

We're all the poorer for that.

Victory in battle always seems to bring jubilation, and a sense of one country's army or might etc. being better than other country's.