Stadium is vital for Dunedin, in every way 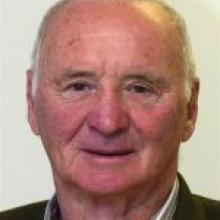 Monday's council meeting is a significant one for how the city will fare over the next two years and in decades to come.

By continuing to support the stadium development, the council will be making a positive choice for the city that will help Dunedin weather the storm of the current global recession.

Over the next two years, the construction of the Forsyth Barr Stadium will create more than 600 jobs.

The timing is crucial as the city is already feeling the effects of job losses in the regional economy.

The local construction industry, its contractors and sub-contractors, is one of the first to feel the pinch as investor confidence worsens and the availability of credit tightens.

The injection of more than $200 million of construction work including the stadium, associated university buildings and local and State Highway roading could not come at a better time.

I know of several local firms who are awaiting the outcome of Monday's decision with hope and concern.

A "no" vote, then the city not only loses stadium jobs, but jobs from the construction sector as it downsizes in the face of a slowing building market.

A "yes" vote will give those firms and their employees much-needed certainty.

A "yes" vote will mean they have the opportunity to work on the stadium or to take up the work those firms would otherwise do.

We are far better to maintain employment opportunities in the region, provide people a living wage and pride in their work than consign folk to face unemployment or leave the city to seek work elsewhere.

This is not a matter for complacency but decisive action. The livelihoods of local people, their families and incomes are at stake.

On its own, a two-year fillip for the city would not warrant the community investment required. It is the combination with long-term economic and social benefit that makes the stadium so important.

The real benefits of the stadium are the cumulative economic spend across the city and region year after year.

When feasibility studies were undertaken on a range of options for upgrading Carisbrook, a new multipurpose stadium at Awatea St linked to the university came out tops. The reason? Because it offers the best economic, social and cultural benefits.

Once operational the stadium will generate economic benefit to the region of $24 million every year, based on the assessment of Horwath HTL - leading experts in the leisure and tourism economics.

The injection of funds comes from extra visitors, event-related expenditure, the retention of money in the region as locals will no longer need to take as many trips away to attend events, direct employment and a positive impact for the university - one of the city's major employers.

That is money into businesses, employment and a more vibrant city that buzzes with events. No city can afford to stagnate and under-invest in its community infrastructure. That is a recipe for a dwindling population and the erosion of services.

Increasingly in the modern world, people, skills and capital is mobile, attracted to cities which offer a superior quality of life. We have much to offer in Dunedin: the harbour, the easy accessibility, the pools, libraries, art galleries, museums, the university, the hospital, the Botanic Garden and town belt.

The stadium is this generation's contribution to that legacy; a stadium with a unique point of difference as the only fully-roofed campus stadium in the country.

Making significant long-term investments requires equal measures of prudence and vision. They are not easy decisions.

But all of us benefit from the foresight of earlier generations in providing the amenities we enjoy from the town belt to the roading network to cultural and sporting facilities.

As a council-owned company, the stadium will be operated for the long-term benefit of the city. The operational projections, reviewed by Horwath HTL and PriceWaterhouseCoopers assess positive operational cash flows.

The business model is conservative and based on realistic assessments of how existing New Zealand stadia operate, adapted for the local market and population.

To break even, the stadium would need only to host Super 14 rugby, one international test every three years, a few concerts, two community events and small conferences.

That is entirely achievable and realistic and the stadium operator will work hard to exceed those projections.

No-one likes to see rates increase. But let's examine what's proposed. Firstly, there is a modest increase of $66 per year on an average household - less than $1.27 a week.

Secondly, even after the increase, Dunedin will still have some of the lowest rates in the country, certainly when given the amenities available to its citizens.

In the late 1970s and early '80s, Dunedin was losing 5000 people per annum. The then elected council considered what we could do to maintain growth to offer employment to these people.

Our first step was to build the library, followed by the Civic Centre. I can recall at that time there was vocal opposition by a minority group.

The next biggest opportunity for growth without a doubt was the University of Otago. At that time the student roll was 6500. Therefore, our focus was to enhance the university facilities.

The result has gone beyond my expectation. Today the student roll is over 21,000, plus 4000-5000 extra in tertiary education. There is no doubt that this proved to be the right decision.

It enhanced the inflow to the city and added to the teaching fraternity, to bring over $1 billion into the city. I consider with all sincerity that the stadium, along with the University of Otago involvement, will again give a tremendous boost to student population.

We need to keep investing in the future and in the attractiveness of the city as a place to live if we are to maintain population levels. If we don't the city will decline, population will drop and the burden on the smaller number of remaining citizens will be even greater.

My challenge to everyone in Dunedin and Otago is to embrace the facility - it is yours. Put the considerable talent and ingenuity and energy into making the stadium as successful as possible.

We have an opportunity to take the city forward. We only fail ourselves if we do not seize the opportunity and make it the best it possibly can be.

Next Monday, I encourage council decision makers to say "yes". Then on Tuesday, I urge everyone to put disagreements aside, and make the most of this opportunity for the good of the entire community today and for generations to come.