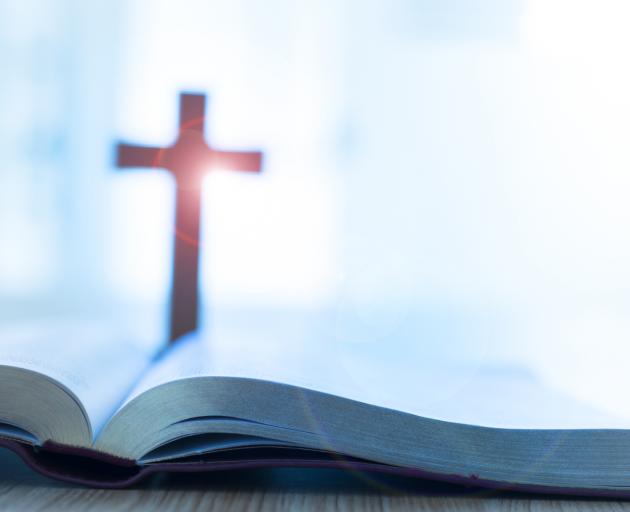 For around 1000 years the Christian church has struggled to speak with one voice. PHOTO: GETTY IMAGES
Learning to trust each other is our pathway to freedom and peace, writes Stu Crosson.

Jesus Christ is Lord. This was the faith commitment I received and discovered when I was 28 years of age.

It brought about a conversion of my life trajectory from a self-absorption that was threatening my very life, to a burning desire to serve God whatever the cost, wherever he may lead me. The conviction that Jesus is Lord has changed countless lives for two millennia.

In the first century, after Jesus was crucified and then reported alive three days later, a rag tag bunch of Jews in Israel sowed the seeds that ultimately led to the overthrow of the Roman Empire, by making this very confession. These early Christ followers had the audacity to publicly declare that Jesus was Lord and Caesar was not. They did this despite the likely outcome that they would be executed for holding this conviction.

So what does this confession mean today?

For about 1000 years the Christian church has struggled to speak with one voice.

There are many reasons for that but one thing that all Christians can agree on from the earliest days until today is the declaration that Jesus is Lord. And let’s be quite clear, it is just as revolutionary to make that statement in the face of the gods of today as it was 2000 years ago. You see the Lordship of Christ is a declaration of ultimate authority, including but not limited to authority over an individual’s life. This lordship encompasses family life, working life, private life, and public life. To use the language of the Bible it means that Jesus is the sovereign King of the universe and he is in charge. At the beginning of the last century, Abraham Kuyper, the prime minister of the Netherlands, said:

“There is not a square inch in the whole domain of our human existence over which Christ, who is Sovereign over all, does not cry, Mine!”

This means that many potential forms of authority in our lives are required to be subservient to the rule of Jesus in our life. Our government, our employer, our parents, our city council, indeed, our very ability to reason and think. All these God-given forms of authority must ultimately yield the pre-eminent place to the true king Jesus.

Jesus himself assumes this place when he described his mission of coming to Earth by announcing the kingdom of God having come near. His invitation was for us to think again about how we are currently living, make a radical course correction if we have been living for ourselves and place our trust in him.

The Apostle Paul perhaps articulated this conviction most clearly when he said of Jesus:

“... being found in appearance as a man, he humbled himself by becoming obedient to death — even death on a cross!

"Therefore God exalted him to the highest place and gave him the name that is above every name, that at the name of Jesus every knee should bow, in heaven and on earth and under the earth, and every tongue acknowledge that Jesus Christ is Lord, to the glory of God the Father.”

Paul is telling us that God has ordained that his son Jesus, through whom all things were made, was killed on a cross, but overcame death, and has been exalted to heaven. In the fullness of time, all people in heaven and earth and in hell, will see Jesus in all his magnificent splendour and our only option will be fall to our knees and confess him as the rightful king of the universe.

One of the hardest things for the human heart to do is to surrender to anyone. We struggle when the Government tells us we can’t meet together, when parents tells us we shouldn’t mix with those friends or when health officials tell us we should be wearing a mask. Even if the instruction is good advice, the human heart resists anyone telling us what to do, but in our stubbornness we fail to realise we rob ourselves of joy and true freedom when we place ourselves at the centre of our universe.

To learn to trust another is our pathway to freedom and peace. Fanny Crosby the hymn writer of Blessed Assurance puts it so well when she says:

"Perfect submission, all is at rest, I in my Saviour am happy and blest; Watching and waiting, looking above, filled with His goodness, lost in His love.

- Stu Crosson is the senior minister of Hope Church in Dunedin.