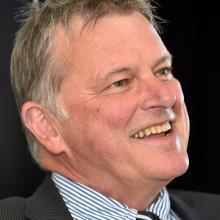 Andrew Blair.
It would not be wise to rush the building of Dunedin’s new hospital, writes Andrew Blair, chairman of the Southern Partnership Group.

Good things take time, or so the hackneyed saying goes. Building Dunedin’s new hospital is a case in point. Yes, we could rush it and build a like-for-like replacement of the 1960s facilities but we’d be failing you all miserably. What was state-of-the-art in 1960 now belongs in a museum and not in the delivery of modern-day healthcare.

At the recent public forum, there was talk of a "four-year hospital" across the Ditch. We’ve found one example of this, but it’s a very different situation to Dunedin. It’s on the outskirts of Sydney and is a completely new hospital placed in a strongly growing suburb.

They had no staff, patients, university or community to factor in. They didn’t have to look at what was currently there and they certainly didn’t need to ask tough questions about what was destined for the wrecking ball.

Perhaps it’s a better comparison to look closer to home. In Christchurch, the $215million of new facilities at Burwood Hospital were in the planning stages well before the earthquakes and it took four years from the time of detailed design to complete. The larger $445million acute services building, expected to open next year, will be six years from the same point in time. Even closer to home, it took 10 years for the current Ward Block.

So why does it take so long?

The new Dunedin Hospital needs to cater to Dunedin’s ageing population, have the flexibility to adapt to new technologies (many of which haven’t even been invented yet), and adapt to changing healthcare trends, like having more care delivered in the community. Let me also assure you  there is no intention to reduce the range of services on offer at Dunedin Hospital and we are planning for the services presently delivered. We also need to make sure what we build is future-proofed and able to serve the community for 40 to 50 years.

What we all know is that the clinical services building is past its use-by date and must be replaced. What’s less clear is what else faces the same fate. Initial building assessment reports point to the possibility the ward block may also need to be replaced. If that ends up being the case, then in reality we’re looking at rebuilding around 80% of the Dunedin Hospital campus, which has significant implications for cost and location.

Location, because if we’re replacing the bulk of the hospital it’s going to be incredibly difficult to build on the same site. It’s not impossible, the Government’s doing it in Christchurch, but it’s slow and logistically challenged.

That’s why we’re considering building on a new site. We haven’t decided where yet but viable options include on an adjacent site, at Wakari, or in another city location. We are well aware of the University of Otago and Dunedin City Council’s desire to keep the new hospital as close to the current one as possible. That’s being factored into our thinking but we also need to put patients first and ultimately what we progress cannot be at their expense.

So where to from here? We’re currently settling on our preferred options to put into the business case for the redevelopment and aim to have this to ministers in late July. There’s no way around it, hospital redevelopments are complex beasts. They take time. We’re moving as fast as we can and have shaved off about 18 months from the planning process. But there’s a balance to be met. A quick hospital or an excellent hospital. Let’s do it once and let’s do it right.

Surely, you need to shore up and waterproof the Clinical Services Block immediately, never mind any new location.