Joss Miller reflects on his time studying law at the University of Otago.

This year the University of Otago has been celebrating the 150th anniversary of its founding in 1869.

There have been a variety of events with ongoing reflections and reminiscences continuing. It is also of interest to note the faculty of law was established here in 1873, this being the first of its kind in New Zealand with its sesquicentennial to take place in 2023.

However, it wasn't until 60 years ago in 1959 that the university appointed Prof Frank W. Guest as its first full-time professor and dean. Frank Guest's tenure as dean was from 1959 to 1967.

He had distinguished academic credentials and was a former president of the Otago District Law Society. His successor as dean was Prof Peter Sim (1967-83). I had the privilege of being a law student during this era.

For me this began in 1970. The law faculty at that time was located in what is now the staff club, a gothic building of considerable beauty overlooking the Leith. Student numbers then were relatively low. This was a pre-computer age and index cards in the Law Library were used to access records.

The library itself was rather cramped and had a slightly musty atmosphere, which of course only added to the attractiveness of the nearby campus cafe, where rather too many hours were frittered away. At the top of the law faculty stairway was the office of Prof Sim, whose door always seemed open and accessible to everyone. He was a much-esteemed dean and always genial, approachable and humane.

His lectures in land law were memorable for their clarity and brevity. Internal assessment was non-existent with everything hinging on the outcome of end-of-year exams. Many exam postmortems were conducted at the Captain Cook Tavern, occasions which usually only served to highlight certain inadequacies in one's legal knowledge or examination technique.

Exam results with the names and grades of individual students, no matter how unflattering, were attached late at night in the darkness of the main archway notice board. Mercifully, for these to be read, the illumination from torchlight was required. This was followed by full publication in the Otago Daily Times. There was no privacy surrounding personal information in those days.

Studying for a bachelor of arts degree at the same time added variety, although trying to comprehend a poem by T.S. Eliot could be just as confusing as grappling with unusual legal terms such as corporate veils and indefeasible titles.

There have been a number of law faculty deans over the years with Prof Mark Henaghan having held the position longest (19 years). His popularity was evident when he received a rapturous reception from large numbers of students at the time of his farewell a year or so ago. Mark is remembered for his accessibility, encouragement, knowledge and wit.

With the expansion of the law faculty a move was inevitable and since 1980 it has been situated on campus high up in the Richardson Building, where there are magnificent city and harbour views. Appropriately, as you approach the library through the main entrance, photos all of the deans from 1959 to 2019 stare down from the side wall, still casting their spells. All have impacted in different ways on students.

Of course, there was much more to being a student than just studying law.

There were lots of other diversions essential to achieving a balanced life, whether they be social, cultural or sporting in nature. The Gardens Tavern was always a magnet on Saturday nights. Amazing this site is now a study centre.

Many of my peers have retired from practising law. We are all much older. Wiser? Perhaps. But at a reunion with the wine flowing inevitably we will look back and reflect on a special time. 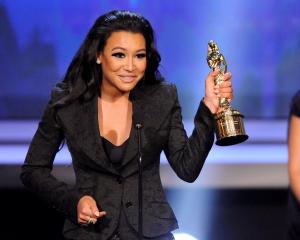