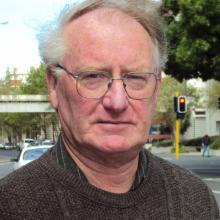 The delayed publication and the corporate "risk lens" applied to the 2018-19 report of the Ministry of Health’s Office of the Director of Mental Health has a certain Alice in Wonderland quality. An "overview of mental health services" is needed, as your editorial (April 13) rightly suggests, but the report of the office lacks the scope and authority for that. Ploughing through myriad reports or seeking official information from the ministry and its satellites, related agencies, public watchdogs and myriad service providers should not be needed to get a systemic overview.

The current fuss emanates partly from the apparent disjoint between the rhetoric and the reality of post Paterson Inquiry (2017-18) reform. It also symptomises the effects of 30 years of frequent restructuring and high staff turnover in the ministry.

With scant regard for the past, waves of new senior managers have heralded the dawn of bright new eras in the latest version of management-speak. Toni Gutschlag, the recently appointed acting deputy director-general of health (mental health and addiction) thinks the office’s report does not "reflect our new approach or far broader work programme." That means "overseeing the ‘end-to-end’ activities and functions for mental health and addictions services and leading the response to the Government Inquiry into Mental Health and Addictions", to quote the ministry’s website.

The squabble hints at a possible culture clash and territoriality. The vestigial title of director recalls that a psychiatrist headed a separate and long forgotten Mental Hospitals Department or Mental Health Division of the Health Department. The directorate, like the Director of Public Health, is a statutory fiefdom subsumed within the prevailing culture of managerialism. Neither director is a member of the ministry’s Executive Leadership Team.

Published reports of the office date from 2005. The then director, David Chaplow (2001-11) claimed this as a first, but the move only revived a tradition started by his administrative predecessor in 1876. I am currently corresponding with someone overseas who is a descendant of Dr Frederick Skae, our first inspector-general of lunatic asylums (1876-81). Rereading Skae’s official reports and their pricks to the public conscience is very timely given your concern about missing information and attempted diversion of attention from uncomfortable truths by the ministry.

Skae’s annual overviews, data and commentaries provided material to substantiate needed improvements. Skae was thoughtful but did not resile from a parting shot: “You cannot make a silk purse out of a sow’s ear”. Fair comment. Skae’s reports and those of his successors also bore the hallmarks of official imprimatur and the status of a published parliamentary paper. That is no longer the case. The mental health reporting obligation enshrined in law from 1882-1956 no longer exists. The ministry’s latest annual report (which is grounded in statute) contains 70 phrase-bytes about mental health. Chasing through the "suite" of other ministry-printed or web-based publications is far from a one-stop and easily accessible systemic overview.

While Chloe Swarbrick and the Opposition turn up the political heat, they should join forces with the Government and press strongly for the brand-new Mental Health and Wellbeing Commission to exercise its already mandated independence, functions and powers. The Government should lead such a move because it has created this brand new organisation, needs to ensure that it understands its mandate and is well-resourced.

Legislation already and specifically empowers the commission to "assess and report publicly" on:

• the mental health and wellbeing of people in New Zealand

• the effectiveness, efficiency, and adequacy of approaches to mental health and wellbeing.

The commission can advocate and make recommendations to anyone (including any minister) on issues or approaches for improving mental health and wellbeing.

They should highlight good practice and expose weaknesses or shortcomings without gloss or spin.

Consistent and continuous report series offer context and perspective on progress and pitfalls.

The Mental Health and Wellbeing Commission has the necessary authority and powers to lead effective and constructive systemic change. Its mandate to adopt a culturally grounded, intersectoral and strong public health approach to tackle the determinants of mental ill-health and addiction, build resilience and to prevent poor health outcomes breaks new ground.

This is your fresh mandate, Mental Health and Wellbeing Commission, so seize the initiative and get on with it! It is high time now, to quote Alice in Wonderland, "to begin at the beginning, and go on till you come to the end: then stop".

• Dr Warwick Brunton is an honorary senior lecturer at the University of Otago’s department of preventive and social medicine. 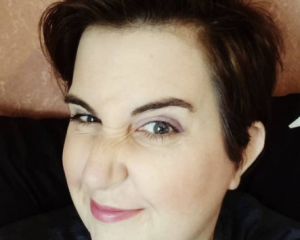