Time to talk about dying 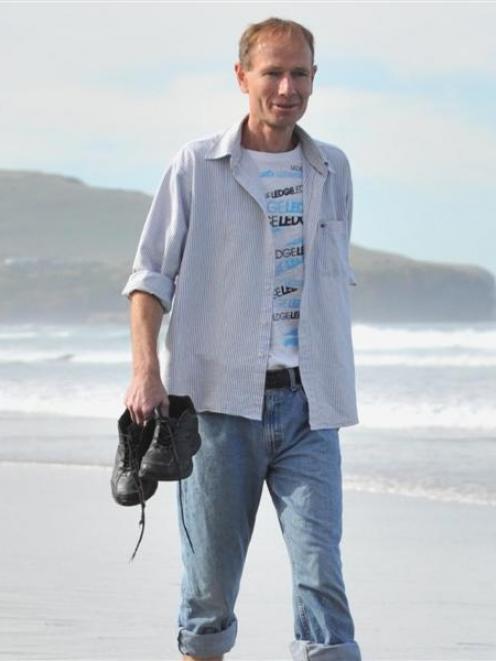 Sean Davison walks on St Clair Beach, Dunedin, after completing his home detention sentence. Photo by Gerard O'Brien.
Sean Davison, in a letter to the editor, thanks the public of Dunedin for their "overwhelming" support during his trial and while serving his sentence.

I have come to the end of an extraordinary journey which began with the death of my mother in Dunedin in 2006 and ended earlier this month when I returned to my life and family in South Africa.

During this time I stood trial for the attempted murder of my mother and was eventually convicted of assisting her suicide, for which I served a five-month home detention sentence in Dunedin.

I wish to express my sincere gratitude for the overwhelming support I received from people in New Zealand following my arrest and subsequent trial and sentence. This support has not only come from friends and family but also from complete strangers, who empathise with my situation. This support gave me and my family considerable strength during this difficult time.

Over the past year, I have received hundreds of letters and emails from people who have experienced similar situations with terminally ill relatives, often in circumstances that were much more tragic than my own. I feel the difference between my story and theirs is that I wrote a book about my experience and in some ways my book and my experience now represents them and their stories.

Although my book led to my prosecution I do not regret publishing it.

One of the main reasons to publish was to open the public's eyes to the issues surrounding the deaths of our loved ones and encourage debate on a change in the law. Society is now embracing issues that have previously been uncomfortable to deal with such as sexuality, homosexuality, contraception, Aids, abortion and drug abuse.

These are no longer taboo subjects for dinner table and classroom discussions and this opening up has surely resulted in a better educated and more understanding society.

I believe we are now ready to discuss the complex issues around death and dying. By openly discussing these issues, it also helps prepare us for death and may make us less afraid. Death is something we all must face.

Because my mother was a medical doctor I think the public put some value on her approach to dying. There is certainly admiration for her courage and resourcefulness in choosing to stop eating, the most uncomplicated method at her disposal. Ultimately, however, her decision to go on a hunger strike was perhaps an error of judgement that could be described as a cautionary tale. Her hunger strike went horribly wrong and after 35 days she was barely able to move a limb and was certainly incapable of ending her own life by another means. I believe any humane person would have done what I did if faced with the same circumstances.

I am now convinced that I was not prosecuted for what I did, I was prosecuted for writing a book, for telling the truth. Not for a moment did I seriously consider that I would be prosecuted as a result of publishing my story.

My story is now over. I have done my sentence, but I committed no crime.

Throughout this time I've stood my ground and made my point that it is not a crime to help someone of sound and sober mind to die when they have already made that decision for themselves.

I believe there is public support for a law change and I hope our politicians will take notice. New Zealand has led the world in social and cultural reform. Now I believe we are ready to lead the world in dealing with this complex issue.

The issue of voluntary euthanasia is a challenge to the whole human race and is one of the greatest challenges facing our humanity.