Times change, and we must change with them 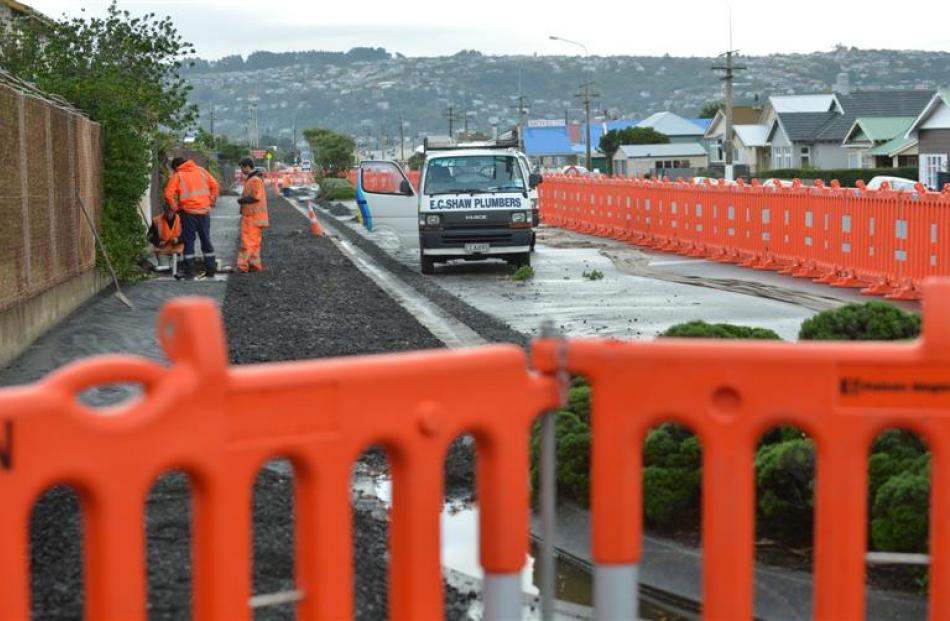 Work continues on the South Dunedin network cycleway on Tahuna Rd in May. Photo by Peter McIntosh.

Dunedin city councillor Kate Wilson explains why change can be good and why she strongly supports cycleway developments.

I stood as a Dunedin city councillor to make change happen.

I think when I was first elected people were concerned about a number of things.

One was a lack of transparent processes.

One was debt levels and addressing those - I failed to stop Forsyth Barr Stadium, but I think we have addressed, and continue to address, those debt levels in a prudent manner.

The last issue was a lack of vision for the city and the need to stall the slow decline.

While people want different outcomes, are they prepared for change?

Are they prepared to look at other cities, see what other people want and consider change so Dunedin can attract the type of people who create jobs and bring good incomes to the city?

Like many other locals, none of my siblings live here anymore, many of my school friends have moved away and some of our strongest industries find it hard to attract the best people.

If you have family who have left Dunedin, I bet it was about job opportunities and remuneration.

So having received a mandate for change, it is sad to hear people complain about some great initiatives that improve the quality of life for residents, improve safety and make Dunedin much more attractive to the very type of people we need.

Cycleways are part of that and I support them.

That does not make me a greenie or a leftie.

It also means we respect our transport planners.

I am proud of helping ensure DCC processes have improved.

It is those improved processes that mean cycleways are on the table.

The plans have grown out of annual plan submissions, from informal feedback from key employees in the city and from specialist advice from within and outside Dunedin.

The introduction of cycle networks has arisen from good-quality debate and probing questions over the past four years.

Cycleways are not a knee-jerk change.

If in city planning we allowed people to paint their homes any colour as long as it was white, would we be seen as silly?

Well, the people with white houses would be delighted and probably see nothing wrong with the rule.

But yes, we would look daft.

So why would we plan a city for only those who drive cars?

About 11% of our residents walk to work, only 3% use public transport and many residents are not of an age to drive.

Despite a willingness to, only 2.6% of residents bike to work.

Many people cannot afford or do not have access to a car, but catering for them has not been a priority on our roading networks.

All residents deserve a safe option and some choices.

What do I hear complaints about?

The hassles of ongoing roadworks - maybe we can do better ensuring work happens faster.

Could we have consulted in a better fashion?

Perhaps, but there have been time constraints and staff have worked very hard to do their best.

But overall, what I hear are complaints about change.

Well, I would like to thank those in Dunedin who have made change happen.

They include the property investors who have converted the warehouse precinct from an embarrassing ghetto on our state highway into something that is so special.

It includes the developers of the St Clair Esplanade vision, the salmon hatchery members and their passion to make Dunedin an internationally recognised salmon city and the Mongrel Mob group that asked for help to get legitimate work and turn their lives around.

Change can be good; it can be a nice surprise; it can create a buzz.

In the past, I have been cynical about the ''build it and they will come'' claim for other projects, but the research and local statistics on cycleways show this to be true at a local level.

Let's help Dunedin be the great little city that it can be and embrace change accordingly.