The truth about dangerous liars 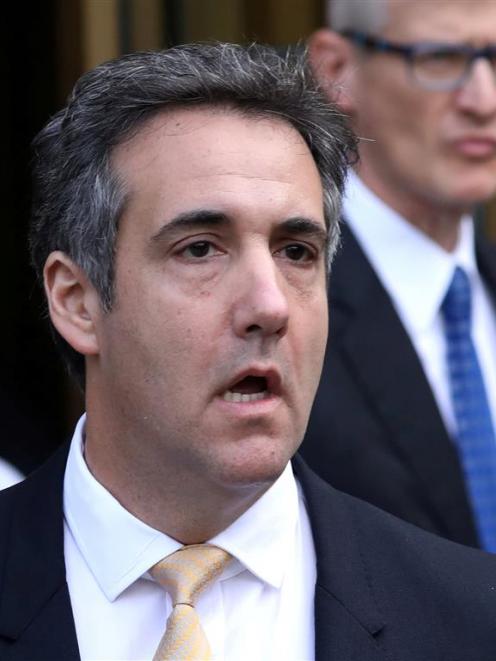 Some people are born into money; I was born into deceit. I've been watching the news over the last week, focused especially on the Michael Cohen hearings, the way some folks watch home movies.

I grew up around liars. Liars can be enormously entertaining, affable and big-hearted people, even if you can't rely on anything they say. They're fun in the short term. Good liars make you forget yourself, lose yourself and shoulder their guilt as your own. You end up taking the blame for what they do.

That's one reason they're dangerous.

It's uncomfortable to believe that those on whom we must rely - our parents, our priests, or our presidents - would take advantage of our vulnerability and dupe us. We're equipped, sometimes tragically, sometimes comically, to figure out ways to convince ourselves that the cosy lie is good enough to pass for the truth.

True story: More than 50 years ago, one of my aunts wanted to marry a man who'd been divorced. Nobody could figure out how she was going to get this through the Roman Catholic Church. With absolute confidence, however, she assured her mother and siblings that she'd figured it out. She arranged for a big reception in a rented hall but invited only an intimate group to the religious ceremony, which would be held at a church in a different neighbourhood.

As instructed, 30 family members piled into five cars and showed up at the church, only to discover the couple wasn't there. There were no signs of a wedding. They checked the invitations, looked at each other, checked the address of the hall for the party and got back in the cars.

At the hall, 100 people were already celebrating. "What happened?" they asked the bride, who was wearing a white dress and a wedding ring. "Can you believe it? We put the wrong church on the invitation! Let's eat."

What could they say? "Are you kidding? Do you actually expect us to believe that story?" Nope. They laughed; they shrugged their shoulders. They ate and asked for more provolone.

It's unclear to this day where, or whether, they actually married. But whatever happened had already happened. What was the big deal?

The big deal was that, even as a kid, I knew my beloved aunt and uncle were liars. Because they expected us to pretend along with them, we became liars, too. At first I was confused. Then I felt ashamed. Sure, it became a story. But I'm still a little ashamed - and also humiliated.

Nobody lies to people they respect. People lie to chumps, doormats and clowns. If you expect others to enter into the lie with you, you must approach them with contempt.

Whether the lie is proffered by a family member, delivered by a manipulative boss, issued by a greedy corporation or pronounced by a corrupt leader, liars assume that those who will pass false information along are willing to accept commensurate self-degradation out of fear, self-interest or a craving for approval.

But when you launder a lie, pass it along as the truth, put it into cultural and social circulation, it's as if you're handling dirty money. You hope nobody looks at it too closely or holds it up to the light for examination. It's Gresham's law, adapted: the counterfeit currency of lying will inexorably drive out the more valuable currency of truth.

The most honest exchange last week happened when Kentucky Republican James Comer tried to corner Michael Cohen with a tricky question: "If Trump is a cheat, what are you?"

Despite his professional proclivities, this time Cohen went straight for the truth: "A fool," Cohen answered, without hesitation.

The truth can be starkly funny, especially when it comes as a surprise.

The primal enemy of any collective good has always been the con artist, the cheat and the deceiver, the one who tells you what you want to hear at the expense of that which you need to understand.

Given that the shared understanding of truth has been central to language, religion and society, when we ignore small lies, we inflict damage on the larger truth.

This is not holiness we're talking about, but wholeness and integrity. When they serve you a lie, walk away from the table. Don't let anybody make you forget what you know.

- Gina Barreca is an author and distinguished professor of English literature at the University of Connecticut.