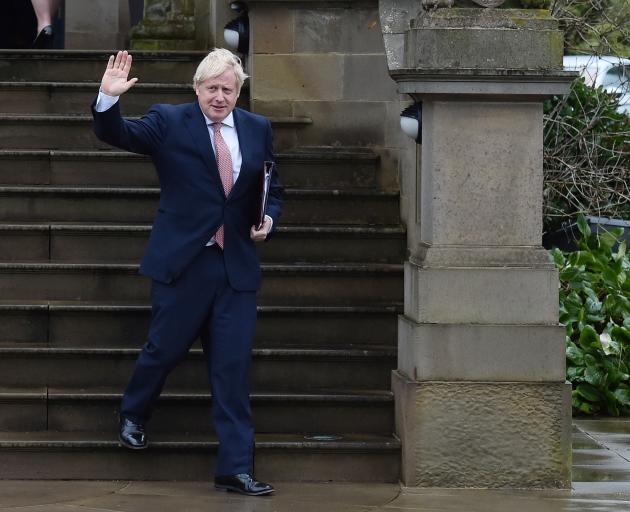 The International Spy Museum in Washington DC features a waterboard used to make petrified detainees think their interrogators are drowning them.

"Would you be willing to have the US government torture suspected terrorists if they may know details about future attacks?" it asks visitors.

The US Senate found in 2014 that the waterboarding, the beating, the stripping, the sleep deprivation and the threats to prisoners’ families produced no "unique"or "valuable" intelligence.

It succeeded only in driving inmates half-mad and disgracing the Bush administration and the CIA.

If you don’t know that torture does not produce intelligence, or if you know but don’t care and enjoy the thought that real and alleged enemies will have their minds scrambled and bodies broken, you will answer the museum’s question with an exuberant "hell, yeah, let my government torture".

True to form, and from his first days in office, Donald Trump has said he believes torture "absolutely" works.

Boris Johnson’s government is more slippery. It is vindicating Britain’s reputation as perfidious Albion by maintaining it is against torture and war crimes, while working to give soldiers immunity from prosecution.

Not that it says so openly.

Britain will "ensure there are no further unfair prosecutions of people who served their country when there is no new evidence to be brought forward", Johnson said last week.

No-one would have grounds to object if the Government merely wanted to stop the hounding of honourable servicemen and women.

In the 2010s the disgraced UK lawyer Phil Shiner made thousands of allegations against British soldiers who served in Iraq in the hope of winning compensation for "victims" and, naturally, fees for himself.

An inquiry that cost the public £31million found the stories

of murder and torture he propagated were "deliberate lies" spread

with the help of "sweeteners"

paid to an Iraqi middleman.

Liberty and the Law Society had named him "solicitor of the year" in 2007. In 2017, the Solicitors Disciplinary Tribunal struck him off.

A government that is serious about limiting vexatious litigation has many options.

The Attorney-general has powers to stop prosecutions that are against the public interest. If these powers could not be used in the case of the Iraq veterans, the Government might reform and extend the law.

Outsiders might think Shiner got off lightly and that lawyers like him are engaged in a conspiracy to pervert the course of justice or plain fraud.

But although the Solicitors Regulation Authority sent a file to the National Crime Agency in 2017, no criminal prosecution followed.

Johnson could tighten the law.

He could compel the Attorney-general, the judiciary, police and prosecutors to take abuse of the legal process seriously.

Everyone who has been on the receiving end of a "lawfare" attack and seen rich men, corporations and special interest groups use the threat of legal action as a weapon to intimidate critics and hit them with enormous costs would rise from their seats and applaud.

Nothing of the sort is happening.

The Government has fooled journalists — many of whom are on their knees and begging to be fooled, I should add in fairness — into believing it wants to stop fee-hungry lawyers exploiting vulnerable troops.

Ministers want to create a presumption that current or former personnel will not normally face prosecution for alleged offences committed in the course of duty abroad more than 10 years ago, and a new and partial defence, which would allow the courts to recognise the operational context in which soldiers murder.

The British campaign group Freedom from Torture has asked which crimes that the British authorities now prosecute will get a free pass in future.

Do they include torture or the execution of an enemy soldier who has surrendered?

Iran, Saudi Arabia, China and Russia use torture as a matter of routine and not to extract information.

The Senate investigation that revealed the CIA’s scandalous behaviour agreed Napoleon had it right when he said: "The poor wretches ... say what they think the interrogator wants to hear."

Or as The Report, Amazon’s recent dramatisation of the Senate CIA inquiry, has Senator Dianne Feinstein say of the waterboarding of the Islamist suspect Khalid Sheikh Mohammed: "If it works, why do you have to do it 183 times?"

States torture because they want to punish an enemy and leave scars on their beaten and raped opponents as a warning to others.

Britain cannot condemn them if it is engaged in minimising military crime to the point of normalising it.

The Ministry of Defence is saying nothing. It told me it could not answer questions until its consultations on legal changes are over.

Another silence bothers me more.

Trump has not authorised a return to the "enhanced interrogation techniques" of the Bush years. But he, too, is making torture acceptable.

In what I guess is his idea of a joke, he is proposing as his undersecretary of state for human rights Marshall Billingslea, who, as a Pentagon official during the Bush administration, cried: "It’s time to take the gloves off."

Trump has also pardoned US servicemen convicted of responsibility for the murder of Afghan civilians.

US military leaders protested that Trump was undermining their ability to maintain good order and discipline. Troops would not respect orders to obey the rules of war if they knew they would be pardoned.

Where is Britain’s officer corps? I have not heard one military voice warning Johnson of the dangers of allowing troops to think they can act without fear of the consequences.

Last week, the International Spy Museum said it would overhaul its exhibits after Feinstein bluntly accused it of "sanitising" war crimes.

We sneer at Americans. But at least they have soldiers and politicians who speak plainly to their government.

We plan to let ours get away with murder.

- Nick Cohen is a columnist for The Observer.