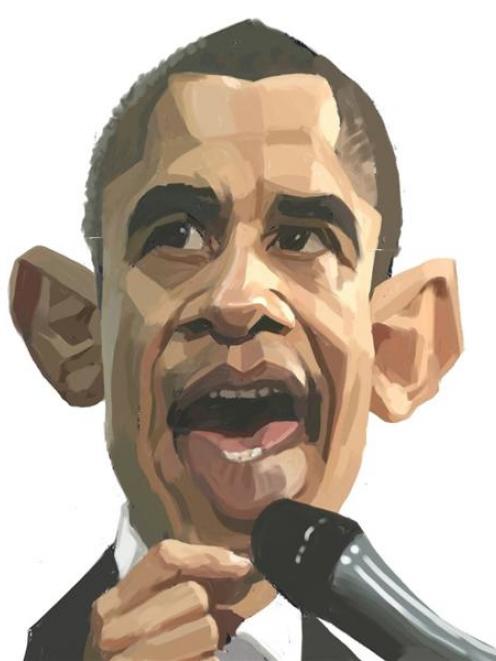 Obama Administration officials have been consulting international negotiators and key players on Capitol Hill about signing up to a provisional target at the United Nations global warming summit in Copenhagen, now less than three weeks away.

Todd Stern, the State Department climate change envoy, said the Administration recognised the US had to come forward with a target for cutting its emissions.

The US, which with China is responsible for 40% of the world's greenhouse gas emissions, is the only major developed nation yet to table an offer. "What we are looking at is to see whether we could put down essentially a provisional number that would be contingent on our legislation," Mr Stern said from Copenhagen, where he was meeting Danish officials.

"We are looking at that. There are people we need to consult with."

A provisional target, if accepted by other nations, would solve Mr Obama's dilemma.

The Senate will not have passed a domestic law before Copenhagen, meaning that, if he makes an offer there, it could subsequently be rejected in Washington.

But if he makes no offer, the deal is likely to crash anyway, and with it hopes of rapidly combating global warming.

Mr Stern did not go into detail on the level of emissions cuts being considered, but it is thought likely a provisional target would be a reduction in greenhouse gas emissions of 14%-20% by 2020, compared with 2005 levels.

The White House and State Department have also discussed the idea of putting forward a range of targets rather than a specific figure.

"I think the president has several options," said Jonathan Lash, president of the World Resources Institute.

"One which seems to be under discussions inside the Administration is to offer a range, to say, `Here is what we hope to be able to propose,' and that range might go from what the president has always committed to since his campaign - 14% - to the highest number in any pending legislation, which is 20% in the Senate."

The House of Representatives narrowly passed a Bill in June that would cut US emissions by 17%.

A proposal now before the Senate would cut emissions by 20%, but several key Democratic senators have said the target is too stringent.

Even at the higher end, such figures fall short of the emissions targets adopted by other industrialised countries in Europe and Japan, and those recommended by scientists to avoid the worst ravages of climate change.

Many negotiators are frustrated with the US, especially given the high expectations for the Obama presidency.

"One could perhaps argue that this could have been a much higher priority and this should perhaps have been pushed before any of the other initiatives the Administration has taken, particularly given the fact that there was a deadline of December for getting an agreement," said R. K. Pachauri, chairman of the Intergovernment Panel on Climate Change.

Mr Obama and other world leaders have already conceded the Copenhagen meeting will not produce a legally binding treaty.

But the leaders are looking to the meeting to seal firm political agreement about specific action plans by the industrialised and rapidly emerging economies that can go into immediate effect.

Setting too strong a provisional target could provoke retaliation from Congress, which might damage efforts to pass climate change laws in the US.

"Without the US passing legislation, we can't move an overall agreement," Mr Lash said.

"My greatest concern is that the Administration does nothing in Copenhagen, because that ultimately undercuts everybody's efforts to achieve an international agreement."

Democratic leaders in the Senate are growing increasingly wary about taking up a controversial climate change Bill.

The Senate majority leader, Harry Reid, said leaders would not turn to a Bill until March 2010, but even that date is in doubt because of congressional elections in November.

Last week, John McCain, Mr Obama's presidential opponent and a sponsor of past climate change legislation, said about the backers of the present Bill: "Obviously, they're going nowhere."

Despite the paralysis in the Senate, Mr Obama has been edging towards a concrete commitment to cutting US emissions.

During his summit in Beijing with China's Hu Jintao, Mr Obama said the US would come forward with emission reduction targets provided China offered specific measures of its own.

But the Administration is mindful of a potential rerun of the 1990s, when the Senate voted down ratification of the Kyoto treaty by 99-0, despite the US having already committed to it internationally.

Such concerns make it more likely other nations would view favourably a more modest provisional target at Copenhagen.

Mr Stern said there was a generally positive reaction in the international community to the idea of a provisional target.

"On the one hand, people are keen on having the United States put a number down," Mr Stern said.

"On the other hand, people are extraordinarily keen on getting [US] legislation done and don't want us taking steps that will make that more difficult."