When ACE is not the best 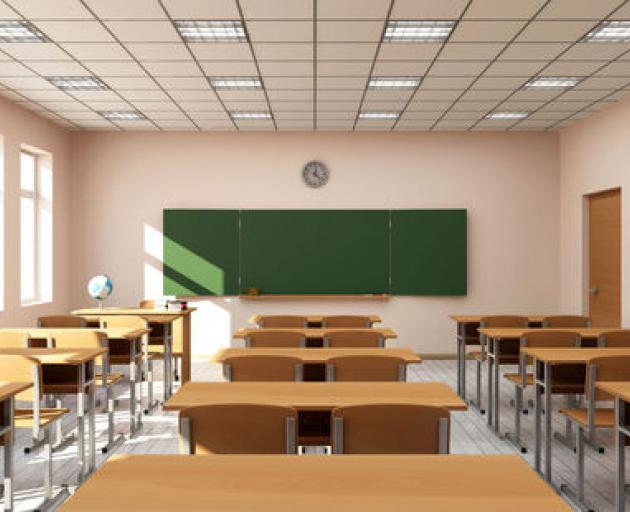 Photo: file
Picture this: grey walls rising up on three sides of you as you sit, hunched over your schoolwork - a science worksheet repudiating the theory of evolution, using the Loch Ness Monster as an example for why Darwin was horrifically, inexcusably wrong.

Accelerated Christian Education (ACE) is an American educational programme for students from new entrant level to the end of high school, founded in 1970 by Dr Donald R. Howard. ACE is taught in more than 6000 schools in 145 countries worldwide - including New Zealand. ACE is also utilised as a homeschooling programme - because it does not require any actual teaching on the part of the parent, virtually any family can use it, including my family. Regrettably, I was ''educated'' under this ''educational programme'' for some time. ACE upholds the belief the Bible is literally true, and there should be no distinction between church and state.

Religious instruction is embedded in every facet of this educational system. Biblical principles and concepts are insidious and inescapable. History is presented as ''His-Story'', the unveiling of God's will. The concept of creationism underlies every science lesson, and evolution is simply a devilish lie. ACE is also flawed because it relies upon disproved, outdated methods of teaching and learning that restrict a child's imaginative and creative potential, as well as discouraging actual understanding in favour of rote memorisation. For example, in my experience with English lessons, I only remember filling in countless pages of grammar exercises - I cannot recall ever studying a book or a poem.

ACE is also problematic with its insensitivity towards Blacks, Jews, and Asians - in fact, anyone who isn't white. ACE supports racial segregation, arguing that although apartheid appeared to allow the unfair treatment of blacks, it was nonetheless a remarkably successful system, enabling the development of South Africa into a modern industrialised nation: ''White businessmen and developers ... turned South Africa into a modern industrialised nation, which the poor, uneducated blacks couldn't have accomplished in several more decades.'' Forget the misery, poverty and racism occasioned by such a scheme - as long as white Christian businessmen were in power, all was well in the world.

It's no secret that religious fundamentalism and feminism aren't exactly compatible. Traditional, restrictive ideas of femininity and masculinity are reinforced throughout ACE, from English lessons where students studying grammar are asked to underline words about women submitting in the home to cartoon strips where young girls are shamed for daring to show their knees. Consider this question, found in a maths lesson: ''You come home from school to find a sink full of dirty dishes. What should you do out of consideration for your mother?'' One of the less-than-credible answers is actually: ''Tell your sister to do the dishes while you do your homework.''

Finally, ACE is the antithesis of scientific information and methods. ACE is incessantly and inexcusably young-earth creationist, with ''evidence'' for creation included in virtually every lesson. Evolution is denigrated as ''impossible'' and a ''sinking ship''. According to ACE, evolutionary scientists believe that ''There were only fish. Then one day a fish mysteriously gave birth to a frog. Then there were reptiles. Then there were mammals. Then one day a monkey gave birth to a human and voila! The human race.'' Sigh.

I guess I'm one of the lucky ones - I escaped ACE after only one year in the system. I returned to a secular primary school and went on to high school, where I learned about safe sex, evolution and women's rights.

I still can't fathom the rationale for why so many parents are willing to put their children through what can only be described as psychological abuse. I guess that ultimately, if you seriously believe you are saving children from Hell, you can justify anything.

Jean Balchin, you are known as a swinging DJ of eclectic radio. Not Good Enough! Mormon Tabernacle Choir and George Beverly* Shea, 1965, please.