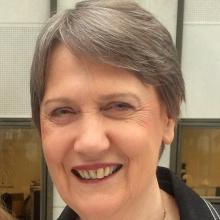 Helen Clark
Helen Clark doesn't know when to bow out. That is not a statement about her bid to boss the United Nations. It is about her bossing the Labour Party.

Labour needed, she told Radio New Zealand last week, to hold the ``centre ground'', as she said she had.

That implies that Andrew Little's Labour Party, shacked up with ``left''-ish Greens, has tilted too far ``left''. It glosses her failure in 2008 to hold the ``centre'' against John Key's National party.

Actually, Mr Muldoon's policies had taken the economy up a dead end which left no option in 1984 but to deregulate.

Miss Clark was part of the 1984-90 Labour government that not only undid Mr Muldoon's misrule but took deregulation to radical lengths that ripped apart her party and New Zealand society. National extended those radical reforms post-1990.

Miss Clark set out as leader from 1993 to moderate Labour's stance. That could be interpreted as moving the party towards the ``centre''.

But what in fact did Miss Clark do in 1998? She shacked up with the Alliance, in which the dominant party was NewLabour, which had in 1989 split from Labour over ``right''-wards deregulation. That was widely (mis)interpreted as shifting Labour ``left''.

True, after the Alliance split while in her post-1999 coalition, Miss Clark chose centrist Peter Dunne over the ``left''-ish Greens after the 2002 election and non-``left'' New Zealand First over the Greens in 2005.

That can be interpreted as ``holding the centre ground''. But is ``left-centre-right'' the whole game now?

On a scale classing a more active state as ``left'' and a less active one as ``right'', NewLabour was ``left''. 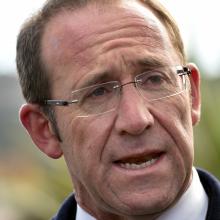 Andrew Little
On that scale, by the way, Mr Key's Government has moved ``right''- yet has scored very high in three elections. On Miss Clark's scale that would suggest the ``centre'' has followed Mr key ``right''-wards.

But NewLabour was actually reactionary - old Labour - at least as much as it was ``left''. It wanted the clock turned back towards the pre-1984 regulated economy. NewLabour attracted not just ``left'' believers but swags of people whom the deregulation left disoriented or damaged.

Likewise, New Zealand First, which split from National in 1993, wanted to turn the clock back towards the Muldoon years.

In the 1990s a lot of voters for both those parties were ``middle'' New Zealanders, neither all that ``left'' nor all that ``right''. Their gripe was that the New Zealand they knew and felt they fitted in had been taken from them by Labour's and National's reforming elites.

There is a similar phenomenon now in Europe and the United States. Parties such as Greece's Syriza and Spain's Podemos and Jeremy Corbyn's capture of Britain's Labour Party on the ``left'' and France's National Front, the Alternative for Germany and Britain's Brexiteers on the ``right'' have risen essentially on promises to restore a lost order.

They are reactionary or populist more than they are ``left'' or ``right''. Where was the ``centre'' in the Brexit referendum. Where is it in the United States presidential contest?

The North Atlantic battlegrounds are not the ``centre''. They are between, on the one hand, long-established centre-left/centre right parties with traditions of principles-based, structured policies and, on the other hand, movements, parties and personalities making ad hoc, issue-specific promises to harvest anger, resentment and bewilderment among people who, on the traditional political map, would have variously voted ``left'' or ``right''.

New Zealand is not swamped by the sort of populist tide rolling through Europe and the United States.

But there are ripples here and the ripples are getting bigger. Winston Peters' New Zealand First is opportunistically riding them, feeding off resentments with issue-specific promises. Also, blokey Mr Key soaks up some voters who might otherwise go populist.

So Mr Little's need is not just to play the traditional ``left-centre-right'' game to win votes off a (still thriving) National with structured policies consistent with Labour's (and partner Greens') established principles. (Miss Clark in 1999 was up against a fading, too-far-``right'' National.)

Mr Little's need is also to win votes it has lost since 2008 in the other game, that is, off Mr Peters' populist New Zealand First and personality-populist Mr Key.

Mr Little does not have a personality-populist dimension.

So he needs eye-catching issue-specific promises that edge into the populist end of that political geography. Housing policy and the anti-TPP stance could partly be read in that light.

Mr Little's challenge is to do that without abandoning Labour's ``structured'' tradition.

One pointer was Grant Robertson's post-2014 election declaration that Labour be ``part of the communities'' it lives in, not the distant elite many see it as.

That is, it needs more voters to feel Labour is one of them. Miss Clark was never quite that, for all her ``centre ground'' claims.