Why the STS bug is poisonous 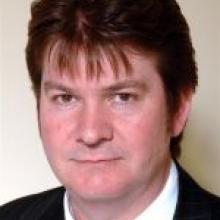 The Stop the Stadium bug is very poisonous. Its members and associates who keep pounding the newspaper have totally distorted the true intention of this stadium project and what it means to our community into the future.

The misinformation that has been spread around through the media quoting opinions from stadium non-supporters has made it almost impossible for the majority of residents to make up their minds based on facts.

There was no opportunity for the professionals working on this project to give their informed views, nor was there any political view in favour of the stadium allowed to be included. This is hardly a balanced presentation.

The suggestions from some that Carisbrook should be upgraded (again) lost favour in the early stages of consultation in 2004. Councillors and ratepayers alike did not want to see ratepayer money going into rugby alone. A new stadium with a roof, with links to the university and Logan Park that would allow many varied activities to be part of its use won favour.

Council (by resolution) turned to the Carisbrook Stadium Trust to investigate, design and cost a new multipurpose stadium. This has been done. The work is in its final stages. Residents have various views, as they should have, as to whether or not this project should go ahead. They have presented their views in various ways, and councillors have then had to make a decision.

It is wrong to compare this project with private business practice principles because it is not only about making a profit in the frontline. It is about the benefit to the city in many ways, including economic development and community wellbeing.

I have nothing but great memories of fun times, big crowds and thunderous noises from the terrace at the House of Pain. I have been lucky to experience the unique atmosphere from the middle of the ground at Carisbrook (without feeling the pain at the bottom of a ruck) when the Highlanders were very much on top of their game - both as a performing team, and individual celebrities.

These special times have changed for the moment. But the whole driving force behind a new stadium is that it is most definitely multipurpose. There are papers in the public arena that identify the diverse activities that a covered stadium will be used for in our part of the world.

This could be the very thing that will put Dunedin back on the map as a city with a future, a city worth visiting, moving to, setting up business in, a city that can showcase all of its attractions at the same time. This is the "Wow" factor, not one attraction on its own.

The CST has been extremely thorough in the role that council asked it to undertake. The chairman is there in a voluntary capacity (God knows why . . .), and has been nothing but passionate and unrelenting about this project for the betterment and future of our city.

I do not know Malcolm Farry very well, but I take him to be a very community-obliging person, and a visionary that the city should be thankful for.

The consultation process over the stadium has been extensive, long-lasting, inclusive, and factual - albeit that a lot of reporting has been for the betterment of selling newspapers. The only thing that hasn't satisfied some people is that the view of council as a whole has not been that of the opponents. And because of that, the opponents have got personal, manipulating and much more.

We live in a community that is made up of sharing, supporting, competing and challenging each other. If someone who didn't use the library said: "I'm not going to pay my share of general rate [approx $120 per year] for this," how would that fit into the community as a whole? I am one of the people who don't use the library, but I am quite happy to subsidise those who do.

I'm sure this applies to most people in various ways. I have read a lot of opinion pieces from residents demanding that council stick to its core business. Most of the rates of this city go into just that. Water, wastewater and stormwater costs make up nearly half of the average rates bill.

The remainder goes into a raft of different areas that can be termed core business, including running the library ($10 million per year), the botanic garden ($2 million per year), roading and footpath maintenance ($20 million per year); not to mention the Otago Museum, the settlers museum, the art gallery, parks and reserves, playgrounds and so on, costing many millions of dollars every year.

When you look at the total spend of council per year on these sorts of things, compared with its investment into, as some term them, luxury items, council is very much focusing on core business. My rates for the next financial year are approx $30 per week. If I add together the Dunedin Centre redevelopment and the stadium, they equate to an additional $1.61 per week.

We need to do better in the way in which we go about our sharing and supporting of each other. Live and let live is a very appropriate description, and most people do this. It is easy to find reasons why not to do something.


- Bill Acklin is a Dunedin city councillor and ratepayer.