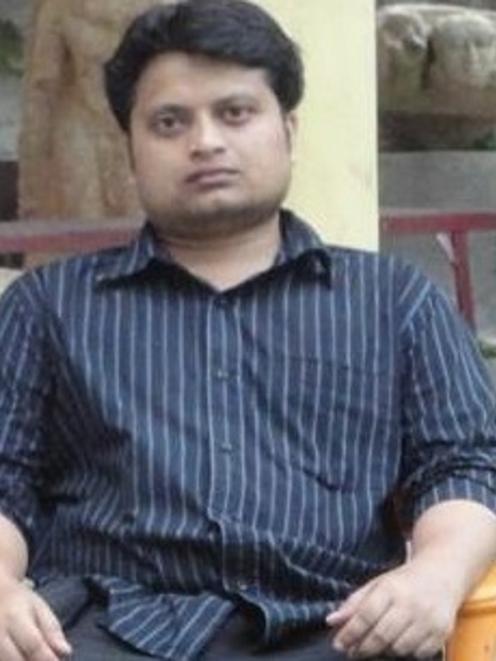 Bangladeshi writer Ananta Bijoy Das was hacked to death. Photos by Wikimedia Commons.
Writing is a dangerous business, explains Dana Wensley. This Sunday is Day of the Imprisoned Writer.

If you think the greatest risk to writers is the threat of early onset cardiovascular disease from a sedentary lifestyle; think again.

The roll call of deaths this year makes a chilling read.

According to Reporters Without Borders, 720 journalists have been killed since 2005.

This year started on an ominous note with the massacre of 12 people following the attack on offices of French satirical magazine Charlie Hebdo.

The editors and employees of Charlie Hebdo were not freelance journalists in war-torn countries. 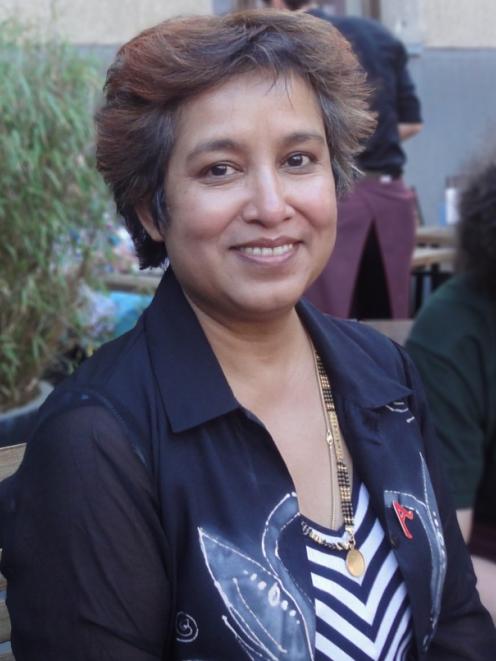 Taslima Nasrin fled her home country. Photos by Wikimedia Commons.
They were writers, sitting at computer desks near the tourist mecca of Paris's Bastille monument, churning out satire for public consumption.

On April 2, journalist Nabeel Rajab was arrested at his home in Bahrain.

He was charged with spreading false rumours after publishing tweets and a piece in the online newspaper, The Huffington Post, exposing ill-treatment and collective punishment in Bahrain's Central Prison.

On May 12, Bangladeshi writer Ananta Bijoy Das was hacked to death.

He wrote blog posts that criticised aspects of Islam, as well as a poem eulogising Bangladeshi secular writer Taslima Nasreen, who fled to Europe in 1994 after threats to her safety.

So far this year, five of the 83 bloggers on the list have been killed and many more are in hiding.

In July, Indian journalist Akshay Singh died in mysterious circumstances. He was one of up to 45 people killed who were involved in the investigation of a corruption scandal known as ''Vyapam scan'', which involved admission to medical schools.

Singh's death followed the murder of journalist Sandeep Kothari, who was kidnapped, choked and set on fire.

Erosion of freedom of speech globally is a worrying trend.

Reporters Without Borders' World Press Freedom Index ranks the performance of 180 countries according to a range of criteria that include media pluralism and independence, respect for the safety and freedom of journalists, and the legislative, institutional and infrastructural environment in which the media operate.

The 2015 World Press Freedom Index indicates a worldwide deterioration in freedom of information.

This is true across all five continents.

The drastic decline in freedom of information shows that two-thirds of all countries performed less well than the previous year.

First, writing is a dangerous business.

Secondly, the written word is still viewed by oppressive regimes as a real threat.

One need look no further for visual reminders that the written word is still powerful than the beheadings last year by ISIS of freelance journalists James Foley, Steven Sotloff and Japan's Kenji Goto.

November 15 is the Day of the Imprisoned Writer.

This year PEN International, a worldwide human rights organisation representing writers, is spearheading a nationwide campaign to promote awareness of writers who defend the right to free speech and who suffer oppression and are killed / imprisoned for their work.

In New Zealand, this day is known as Courage Day.

It is named after writer James Courage, a New Zealand novelist and poet whose 1959 book A Way of Love was banned for expressing ideas of homosexuality.

His grandmother, Sarah Courage, had her book on early colonial life in Canterbury, Lights and Shadows of Colonial Life, burned by irate neighbours for comments she made about them.

Our ranking places us as the leader for press freedom in the Pacific.

But we live close to countries which have a more troubled history of press freedom.

In Samoa, concerns have been raised over what the passing of the Media Council legislation means for press freedom in that country.

The recent interim ban of the teen novel Into the River has renewed interest in freedom of speech in New Zealand, as has the controversy over the allegation police acted unlawfully in raiding the home of Dirty Politics author Nicky Hager in October 2014.

Freedom of speech is an issue constantly with us.

Ernest Hemingway once wrote: ''Once writing has become your major vice and greatest pleasure, only death can stop it.''

This Courage Day, let's remember those writers who are killed for their writing.

Let's remember that for some, writing is a dangerous business and their passion for writing is stopped not by the ravages of time but by the violence of others.

• Dana Wensley is Pen (NZ) spokeswoman for Freedom of Speech. She is a freelance writer and a former research fellow at the University of Otago.