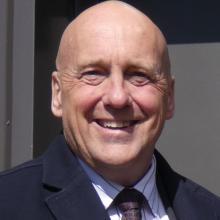 Tim Cadogan
The Central Otago District Council has spent $14 million on a landfill gas capture and destruction system being installed at the Victoria Flats Landfill.

The cost of waste has been cited by the council as a factor driving proposed rates increases in the district’s urban centres.

To offset the cost of the landfill system, the council will increase the price of its rubbish disposal charges at its four Transfer Stations from March 1.

Council environmental engineering manager Quinton Penniall said it was a user-pays system and transfer station charges needed to go up.

The charge for 60-litre refuse bags increases from $5 to $8. Increased costs will also impact on kerbside collection charges.

Recycling processing costs have also increased from $99 to $165 per tonne at the Frankton Materials Recovery Facility in Queenstown.

Central Otago Mayor Tim Cadogan said the "three Rs" of "Reduce, Reuse and Recycle" were even more important now and it was about taking personal responsibility.

"This money we are all spending on waste is truly a waste, and it is money that would be better kept in each ratepayer’s pocket," he said.

"Reducing waste starts with thinking before we buy products that add to the problem. Change can be as simple as using reusable coffee cups or starting composting."