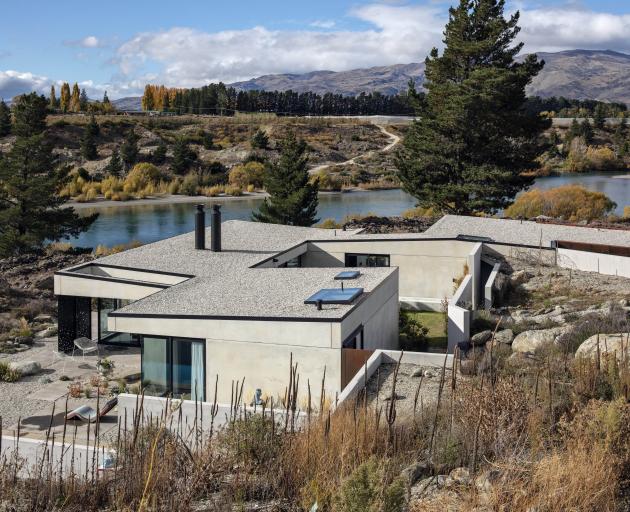 Black Quail House, in Bannockburn, designed by Barcelona-based New Zealander Bergendy Cooke, of BC+A, was awarded the top honour at an event in Auckland on Thursday night.

Ms Cooke said the architectural design was "completely informed by [the house’s] location".

It is set against a backdrop of extreme contradictions — lush pinot noir vineyards on the Kawarau River in contrast to a harsh setting of historic mining tailings with schist, lichen and wild thyme.

Created from concrete with a shingle roof scape, to blend into its surroundings, the design reflected the client’s desire for materials which were durable, had integrity and would age well.

"Black Quail House is an exploration of protection and permanence," Ms Cooke said.

"I have always loved concrete but it’s not a common residential material in New Zealand.

"We have an affinity with timber," she said.

"It’s firmly entrenched in our vernacular."

The precast concrete used in the construction was an updated version of the stone used for basic shelter by the miners.

"This project called for something different ... it necessitated a substantial material not only to create a protective solid mass but also one that reflected the site’s materiality," she said.

"It’s not a house that wants to show off.

"It’s one that wants to be quiet, subtle and calm."

Home's commercial director Nat Davis said a record number of entries were received throughout the country for the prestigious awards.

Awards convener Federico Monsalve said versatility and resourcefulness were dominant in the 2021 awards.

"Materials, design intent, responses to context and to client briefs were all approached with a mastery of many palettes, a level of maturity and intelligence that bodes well for the future of our built environment," he said.