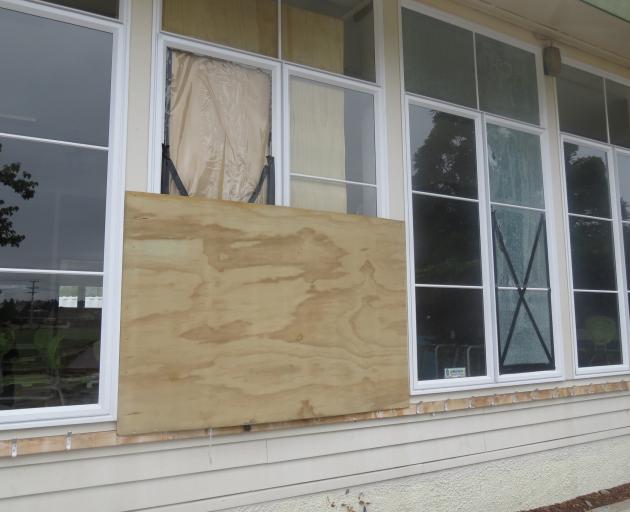 A staff member was subjected to abuse from youths passing by, windows were broken with rocks on Wednesday and a classroom was burgled on Saturday night or Sunday morning.

Kath Martin, who runs the holiday programme, said that on Wednesday, two youths walking by the school abused one of her young male staff members.

She later saw the same youths in the school grounds and asked them why they were there.

They claimed a basketball on the school grounds was theirs.

"I talk to every person that comes on site," she said.

"It’s all about keeping the kids safe."

The same two youths returned the following day, at which stage Mrs Martin called the police.

Separately, on Wednesday night, windows were broken in a classroom being used by the out-of-school programme.

Principal Fiona Mackley said safety glass required as a replacement had to be ordered in specially, so the windows were covered in plastic as an interim measure.

In the early hours of Sunday morning, neighbours noticed a light on in a classroom and called police, who discovered a break-in, Mrs Mackley said.

A mountain bike belonging to a holiday programme staff member and four robotic balls, used by the school for teaching basic programming, were taken.

As the school was in the centre of town, a lot of people used it as a thoroughfare and broken beer bottles had been found on the grounds in the past, Mrs Mackley said.

"We’re happy for people to use our grounds as part of the community but would like them to also use our school values of manaakitanga and kaitiakitanga — respect and responsibility."

Police would be making follow-up inquiries, a spokeswoman said.