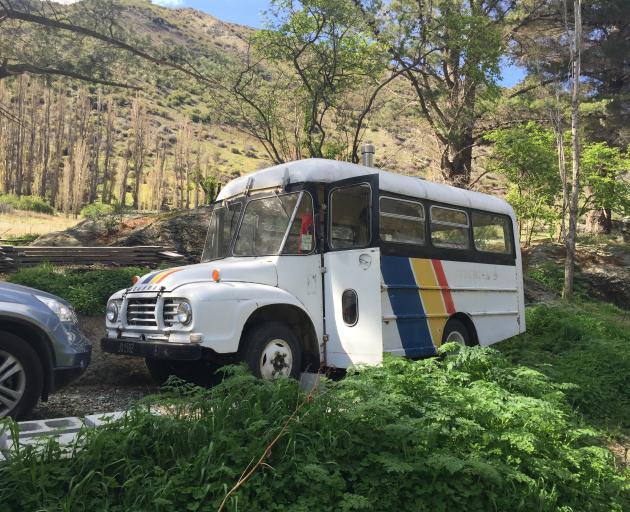 Billy the Bus had been a sanctuary and retreat for the Cromwell artist since 2016. Photo: supplied

Judy Cockeram’s 1962 Bedford J2 bus has been stolen from land she owns in the Kawarau Gorge. 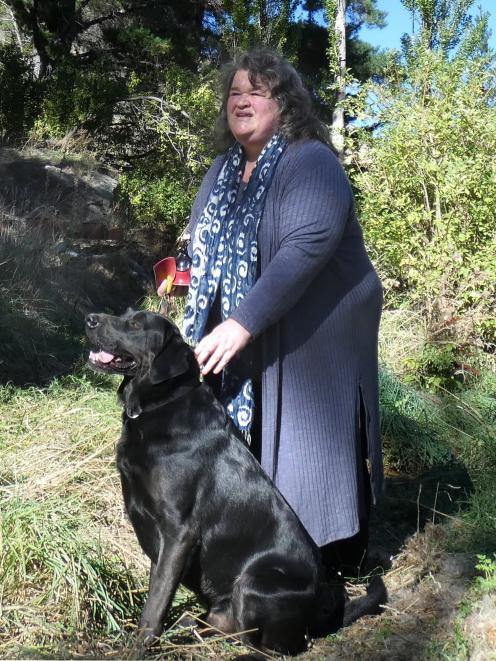 Judy Cockeram and her dog Maestro survey the scene of the crime. PHOTO: SIMON HENDERSON
Billy the Bus had been a sanctuary and retreat for the Cromwell artist since 2016.

Mrs Cockeram owned about half a hectare of land off State Highway 6 above the Kawarau River.

A stove had been installed in the former Ritchies Transport bus, and a deck was created around it.

"The intention was that I could have a place I could come and sleep, and just enjoy being here."

The last time she saw the bus was when she drove past the site on February 24.

On Thursday just before the Easter break a friend contacted Ms Cockeram to say she had driven past and did not see the bus, so on Good Friday she visited the site to discover the bus was gone.

Ms Cockeram was saddened and mystified at the disappearance and she believed someone had to have staked out the location beforehand.

The road entrance to her section was virtually invisible, with not even a mailbox, and from SH6 only the roof of Billy the Bus could be seen.

"Unless you knew where you were looking, most people didn’t even see him."

It seemed the thieves came prepared, she said.

A bolt cutter was used to cut through a padlock, and Ms Cockeram found empty cans of a degreasing spray that she thought was used to get the tyres moving.

She didn’t think anyone would be able to even get the engine going after four years and it would have been difficult to even move the bus off the section.

"It wasn’t lighthearted, it was considered."

Items including the deck made from pallets and anything the thieves didn’t want were unceremoniously thrown off the bus.

"They threw out anything they didn’t want."

To add further insult to injury, when she posted on social media about the missing bus, including writing a poem about it, she experienced online bullying, with messages that became increasingly nasty and taunting, she said.

It was "out of control, so I stopped reading".

Ms Cockeram has reported the theft to police.

To the lady whose bus was stolen: Many of us wish the speedy safe recovery of your bus, so you can enjoy it happily again. And please don't take the social media vitriol personally. It's not about you. It's about "everyday sadists" -- people out there in the community who lack brain function and love to be bullies, mean and cause others pain. Social media has created a gushing, anonymous outlet for their sicko tendencies. It's not about you. It's about their own psychological weakness, getting kicks out of being schoolyard meanies - but on social media. They can magnify their petty meanness whilst hiding on social media. These incidents should be pounced on by some overarching government agency that watches over social media - punishing the sub-social d**kbrains as a matter of course: punishing them with supervision, loss of internet access, hefty fines and public shaming: no need for any victim of it to have to directly complain and go through hoops. Social media can just be vile, and as a media channel, those posting on that media should be bound by rules - and punished effetively if they bully online.