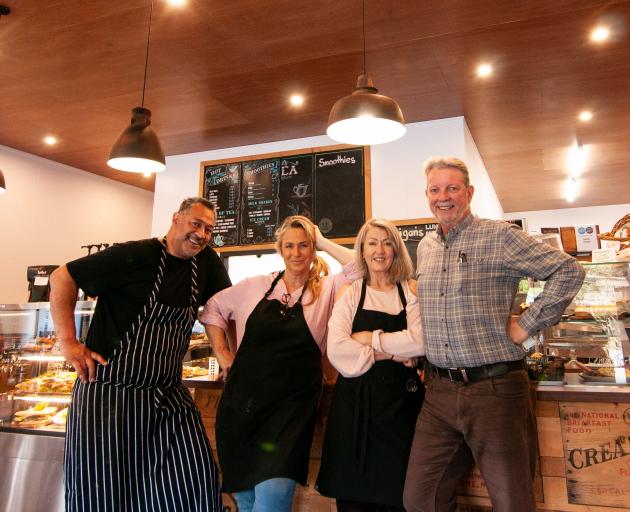 The cafe was bought in July by Queenstown restaurateur Mark Jessop and wife Caroline.

Mr Jessop said the couple had bought a rental property in the town and when they stayed there to test it out, were won over by the warm welcome extended to them by locals.

They decided to keep the property as a holiday home, and the cafe for sale in the centre of town was an opportunity too good to pass up.

Mr Jessop, who owns Prime restaurant in Queenstown, put a call out for a chef to join him. Vern Samu took up the challenge.

The cafe was due to open in August, however the Alert Level 4 lockdown forced them to delay and open in Level 3 with takeaway coffee options.

Alert Level 2 bought its challenges, with a four-hour power cut on the first morning, but Mr Jessop took it in his stride.

That’s the thing when you run a cafe or restaurant, it’s like being a boxer. You train for it, he said.

‘‘I’ve been running cafes and bars for 25 years — you prepare for it, you plan for it and you train for it, and you know on the day it’s going to be a lot of hard work and fun.’’

You know you’re going to get hit but you just roll with the punches.’’

Response from customers had been positive in the short time they had been open, Mr Jessop said, and there were already plans in place to start operating seven days a week, and introduce some evening dining.