A relict of a kowhai tree near Lake Roxburgh, which is believed to have been there since pre-European times. PHOTO: ANNA YEOMAN
Looking at Central Otago today, it is hard to imagine the dry and barren area was once largely covered in kowhai trees.

But research published in this month’s issue of electronic journal Palaeontologia Electronica by Wanaka-based scientist Mike Pole has evidence to show  Sophora microphylla (kowhai) was abundant during the mid to late Holocene era. 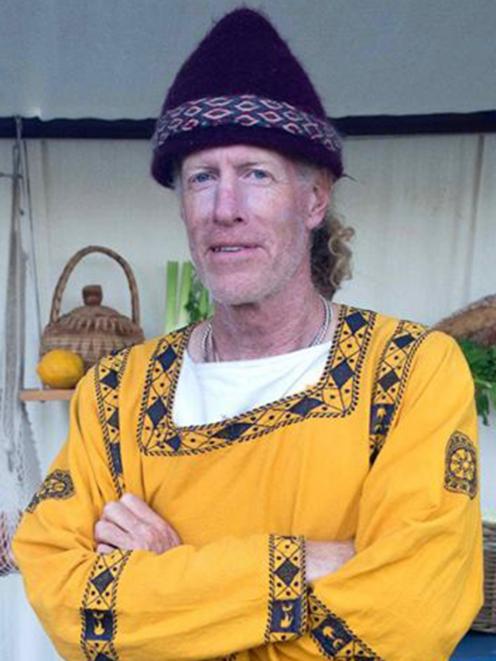 "Shortly after Polynesian settlers arrived in New Zealand in the late 13th century or early 14th century, fires removed much of the vegetation in the driest parts of the country," Dr Pole said.

"Central Otago is perhaps the iconic such area.

"When Europeans arrived there in the 1850s, it was virtually treeless. Much of the native vegetation that remained even then was obliterated by introduced grazing mammals (including sheep and rabbits) and human activity."

Evidence of the natural pre-human vegetation in the region was restricted, Dr Pole said. 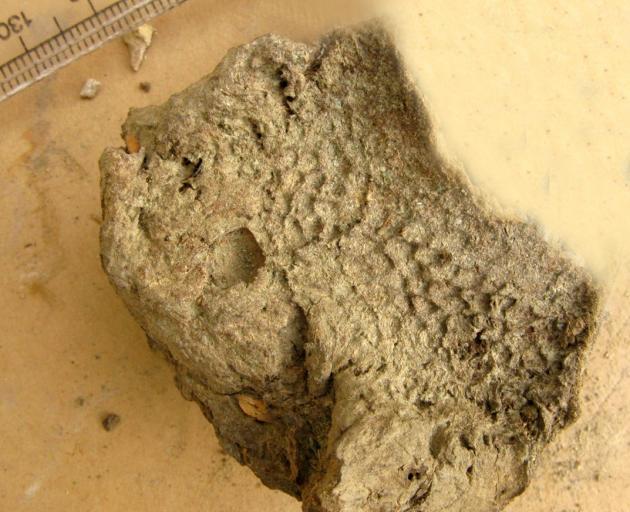 "One such source contains layers of dry vegetation in shelters [rock overhangs] that appear to have been brought in by the now-extinct giant moa birds as roosting material."

An "unprecedentedly large" sample (115 shelters) of this material, and of coprolites (the fossilised faeces of animals) within it, was prepared for leaf cuticle analysis — a technique that recognised plant taxa from very small fragments.

"The results highlight the previous abundance of a small tree — kowhai."

"Together, these data suggest a Central Otago ecosystem where a low Sophora microphylla forest predominated and was utilised and perhaps maintained by moa.

"Other trees which were present and are entirely absent from the area now, include Pittosporum tenuifolium and Pseudopanax ferox.

"The vegetation layers in these dry rock overhangs provide a fascinating window into an eco-system which has entirely vanished with the past few centuries."

There were still a few relics of kowhai in the area, which had been there since before Europeans arrived, he said. 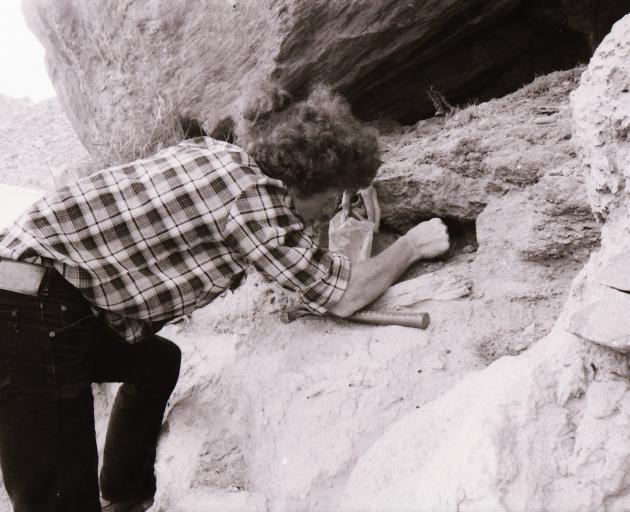 Mike Pole investigates a rock overhang in the Cromwell Gorge in 1983. PHOTO: SUPPLIED

He hoped a community organisation would consider replanting a couple of areas  in kowhai.

"It would be nice to have a couple of areas where we try to do that — create a canopy of kowhai and stick a few other things in there like lancewoods, pittosporum, black matipo and some ribbonwood.

"It would be beautiful — and if nothing else, we might get some returning native birds out of it."

So the slash and burn mentality of the Polynesian settlers wasn’t much different to people today? It is our human nature to exploit the environment and others to our own advantage, How can people change?

I think the <ahem> "correct" explanation for the fires is that they were caused by nature, by lightning strikes.

What a beautiful sight this would have been and the bird songs. Man has been trashing this beautiful place since the first steps upon her.